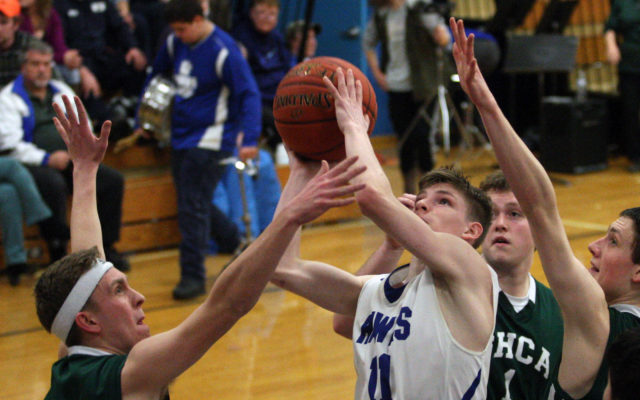 Joseph Cyr • February 3, 2020
The regular season will soon be a fond memory for local high school basketball teams, but for many squads the work on the hardwood is not yet finished.

HOULTON, Maine — The regular season will soon be a fond memory for local high school basketball teams, but for many squads the work on the hardwood is not yet finished. 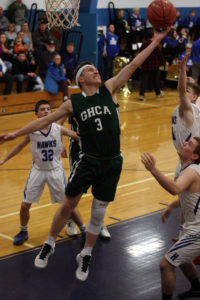 The final day for regular season games is Thursday, Feb. 6, with preliminary playoffs slated for Feb. 11-12. The tournament in Bangor begins Friday, Feb. 14, with four Class B basketball games.

In girls basketball, Houlton (10-7) is currently ranked fifth in the Class B North region. If the Shires remain fifth, they will host a preliminary playoff game against the No. 12 seed, currently Foxcroft Academy (5-12). The Shires play at Stearns Monday, Feb. 3, in the season finale. Houlton and Foxcroft Academy did not face each other during the regular season.

Hodgdon (12-5) is enjoying tremendous success on the court this year under the guidance of coach Wendell Harvey. The Hawks are ranked ninth in Class C North with just one game to go (Tuesday at Ashland). If Hodgdon remains as the No. 9 seed, it must travel to the No. 8 team, currently Central of East Corinth (12-4) to advance to the Cross Insurance Center in Bangor. Central and Hodgdon did not face each other during the regular season.

The two-time defending Class D champs, Southern Aroostook, find itself in a familiar spot atop its division. With two gold balls in the past two years, the Warriors are looking on the cusp of finishing the one thing that has eluded coach Urquhart during this impressive run — a perfect season. Southern Aroostook finished 16-2 in each of its past two regular seasons, but is currently 16-0 with two games left to go — at East Grand Monday and hosting Katahdin Thursday. The Warriors have essentially clinched the No. 1 seed and will play in the quarterfinals 3:30 p.m. Monday, Feb. 17, in Bangor. 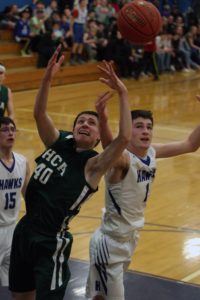 Katahdin (12-4) has also put together an impressive season and is currently ranked third in Class D North. The Cougars, under the guidance of coach Shaun McAvoy, are also looking at a bye directly to Bangor. If Katahdin stays as the No. 3 seed, which is highly likely based on its tournament index, the Cougars would face the No. 6 seed (currently Washburn) 7 p.m. Saturday, Feb. 15. Katahdin beat Washburn twice in the regular season 48-22 and 51-25.

East Grand (2-13) is 10th in Class D North. The Vikings are just outside of the playoff mix as only the top nine squads qualify for the postseason.

Houlton (12-5) has won its past two games and rounds out its season Tuesday hosting Presque Isle. The Shires are fifth in Class B North as of Monday morning. If Houlton remains fifth, it will have to play a prelim game against the No. 12 seed, which is currently Presque Isle (7-9). The outcome of Tuesday’s game against the Wildcats could shake things up a bit, or simply be a prelim preview. The Shires need the No. 4 seed Hermon to falter in its final two games in order to flip flop seedings.

Hodgdon (3-14) has played a number of competitive games this season with new head coach Matthew Oliver. Unfortunately, the Hawks are not in the playoff mix this year.

Southern Aroostook and new head coach Brett Russell have enjoyed much success this year, as evidenced by the Warriors’ 11-5 record. Southern Aroostook is currently fifth in Class D North and will receive a first-round bye directly to Bangor. The Warriors should face the No. 4 seed currently Machias (8-7) in the quarterfinals 7 p.m. Monday, Feb. 17. The two teams could flip flop, but a matchup with the Bulldogs appears in line for the Warriors.

Greater Houlton Christian Academy (8-9) is ranked ninth in the region and will likely face the No. 8 seed, currently Washburn (6-11) in the preliminary round Wednesday, Feb. 12. The two teams did not meet during the regular season.

Katahdin (1-15) is not in the postseason mix this year.