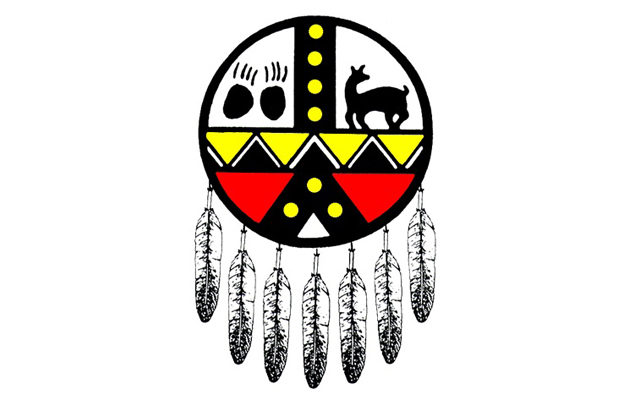 Melissa Lizotte • March 21, 2018
In the mid-afternoon hours on Saturday, three days before the official start of spring, 21 friends both old and new sat in a circle inside the council chambers of the Aroostook Band of Micmacs Cultural Community Education Center in Presque Isle.

PRESQUE ISLE, Maine — In the mid-afternoon hours on Saturday, three days before the official start of spring, 21 friends both old and new sat in a circle inside the council chambers of the Aroostook Band of Micmacs Cultural Community Education Center in Presque Isle.

Tribal Elder Norman Bernard passed a tobacco pipe around to those who did not have their own and began a ceremony of storytelling and sharing of knowledge that has been part of the Micmac Spring Bear Feast for many generations.

“As the pipe goes around, if someone has a story to share with the bear, I encourage you to,” Bernard said, as he began the sharing circle part of the ceremony. “Every story has a lesson and we all have something to teach each other.”

Every spring, the Micmacs hold a daylong Spring Bear Feast to honor the coming of spring and the bear that has come out of hibernation. In their culture, the bear represents a reawakening of life after the often long, cold winter as well as strength and endurance gained from elders who have since passed on and become ancestors. They hold a similar ceremony in the fall to honor the bear going into hibernation.

“For us, it’s a way of celebrating the bear, which is very sacred,” said Bernard Jerome, former Micmac cultural director. Jerome traveled from the Native community of Gesqapegiag in Quebec to attend the Spring Bear Feast.

The day began with a sunrise ceremony at 6:40 a.m. that welcomed the coming of the day and whose meaning harkens to the Micmac’s status as a Wabanaki tribe in Maine. Wabanaki means “people of the dawn” and the Micmacs were traditionally the first to witness the sunrise on the East Coast. They offer tobacco to the bear in the sacred fire and many people choose to go into a sweat lodge, where they pray for the wellbeing of family and friends in the coming spring.

Though the Micmacs typically hold the entire bear feast at Spruce Haven in Caribou, this year only the outside sunrise ceremony and sweat lodges were held there because the building itself was unavailable.

Community members spent the rest of the afternoon socializing with friends at the Presque Isle center, where they held a potluck-style feast with dishes provided by everyone who attended.

Many people travelled from as far away as Massachusetts and Canada and as close as Presque Isle for the Spring Bear Feast, which is also open to members of the public. Judy Bernard, of Presque Isle, said she has been taking part in the annual celebration with her husband Norman Bernard for 19 years.

“I’m not Native, but I’ve adopted Micmac culture through my marriage,” Bernard said. “The ceremony itself makes me feel good, almost like I’m reborn like the bear after it wakes up. And I like meeting new friends and learning from them.”

Norman Bernard added, “These ceremonies are a way for us to honor our ancestors, all the relatives who have passed before us and are now in the spirit world. They keep us balanced mentally, spiritually and emotionally.”

Cultural Director John Dennis said before the pipe ceremony that he has taken part in the Spring Bear Feast since 2009. He credits Micmac traditions and friendships with helping him return to his cultural roots.

“I was raised Catholic and for me the Spring Bear Feast helped me find my Micmac culture and spirituality,” Dennis said. “And it opened up a lot of healing within myself.”

As the afternoon pipe ceremony came to a close, the group ate small cups of strawberries, raspberries, blueberries and cranberries, each representing nourishments needed during each of the four seasons. Dennis led everyone in a traditional Micmac drum song, after which water was offered to the bear spirit and blessed in all four directions, or “cardinal points,” north, south, east and west, and a prayer was spoken. His closing words reflected the personal ties and friendship that was present among those who travelled to the Spring Bear Feast.

“I don’t think of ceremonies like the bear feast and Mawiomi as just part of my job. I think of them as part of a community,” Dennis said.

Members of the Houlton Band of Maliseets will head to the ballot box in order to determine who will be elected as their new tribal chief.
Pets END_OF_DOCUMENT_TOKEN_TO_BE_REPLACED