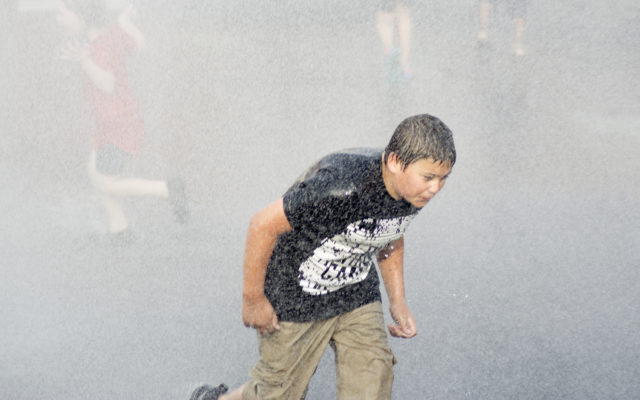 Jen Lynds • July 11, 2018
After such a long winter and cold spring, Amanda Dewitt of Houlton said she swore she would never say that any day during the summer was “too hot.”

HOULTON, Maine — After such a long winter and cold spring, Amanda Dewitt of Houlton said she swore she would never say that any day during the summer was “too hot.”

She admitted on Friday, however, that she “came pretty close” several days last week, especially on July 5, when she was forced to spend most of the day inside with her children with the air conditioner cranked.

The National Weather Service Climate Prediction Center indicated at the beginning of the month that there would be an increased chance of above average temperatures for July. At least the beginning of July started out as predicted with temperatures in the 80s recorded the first of the month in Aroostook and the NWS issuing heat advisories for much of the rest of the state July 2 and 3. 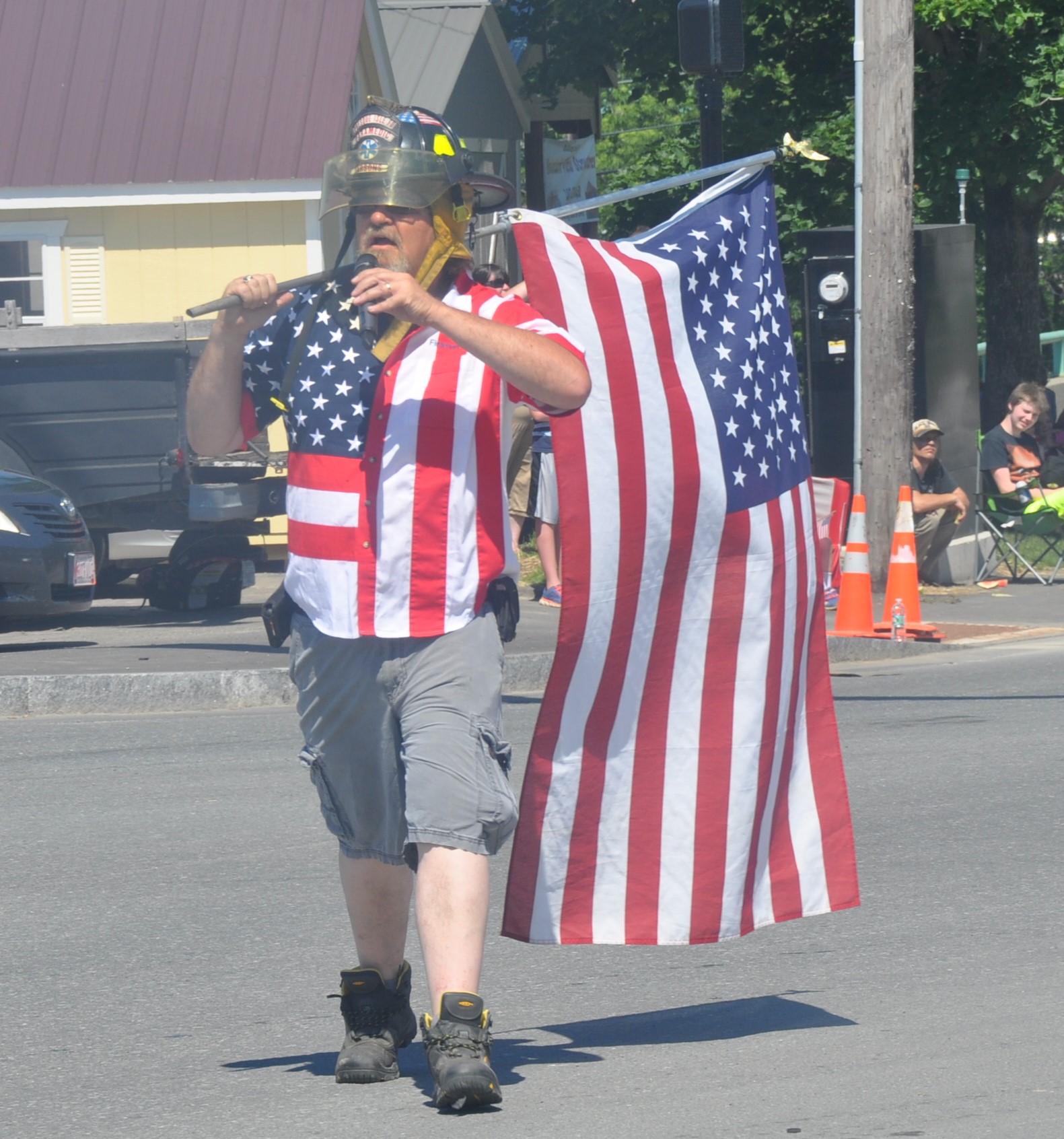 “Fireman Fred” Parsons marches and sings in the Fourth of July parade in Houlton on Wednesday, July 4, despite the temperatures that reached into the low 90s.
(Jen Lynds)

The weather service then reported that Caribou broke a record for the highest temperature ever set on a July 5 since the NWS began tracking records in 1939. Caribou experienced a temperature of 94 degrees on Thursday, two degrees over the previous record of 92 degrees set in 1983. The average temperature for this time of year is 75 degrees, representing a 19 degree departure from normal.

Houlton also set a record by hitting the same 94 degrees, surpassing the previous mark of 93 experienced in both 1983 and 2000. The temperature for this time of year typically is 77 degrees in Houlton, representing a 17 degree departure from normal.

With a temperature of 93 degrees on July 6, Bangor fell two degrees shy of its record of 95 set in 1975. It was still 14 degrees above the normal of 75 for this time of year in Bangor.

Cooling thunderstorms and rain rolled through the region last Friday pushing out the hot, sticky weather and bringing some relief to the heat.

Typically during the month of July, the average high temperature peaks out at 76 degrees in Caribou from July 6 through July 31, according to the NWS in Caribou. The average low levels out at 56 degrees from July 14 through July 28. Climatologically, the warmest temperatures in Maine are from mid to late July.

Five years ago, Andrea McMartin moved to Presque Isle to be closer to her husband’s family after he retired from the military. At first, she had no idea what to expect, having grown up in Arizona, where she enjoyed near constant sunshine.

What she and her children quickly learned after moving to Aroostook is that summer is the most beautiful time to be in Maine, especially once the lingering cool temperatures of June give way to warm, sunny temperatures and blue skies.

“I love Maine in July,” she said last week. “It really is my favorite month here, and I have a lot of friends who agree with me. June is still kind of dicey even though it is technically summer, because you still see temperatures that can be chilly and you can’t really swim as often as you want to.”

But McMartin said that like most other Maine residents, she tries to spend as much time as possible outdoors during the summer, especially in July.

“This time of year, especially around the Fourth of July, is my favorite,” she said.

Recently we took in a cat named Joe. He is a very sweet cat with a multitude of problems. He was rescued from the streets here in town, but Joe turned out to be a very sick kitty and was surrendered to The Ark because the resources were not there to help him.
What's Happening This Week END_OF_DOCUMENT_TOKEN_TO_BE_REPLACED