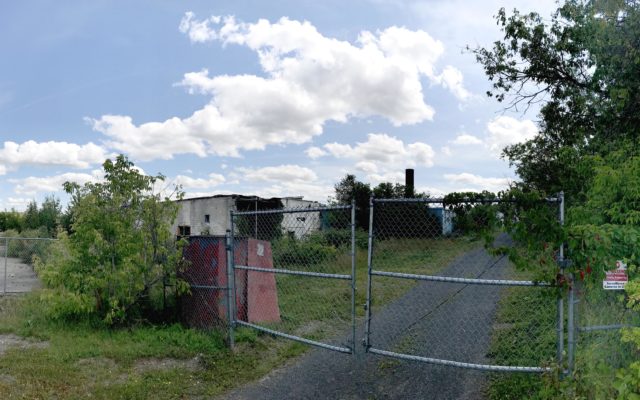 Chris Bouchard • July 29, 2018
The former Birds Eye vegetable processing plant on Route 1 is scheduled for demolition by the end of August, according to city officials.

CARIBOU, Maine — The former Birds Eye vegetable processing plant on Route 1 is scheduled for demolition by the end of August, according to city officials.

Caribou acquired the property in late 2016, after former owner Steven Nasiff refused to make any repairs to the building or to pay back taxes on the 18-acre site. He suggested during a 2014 City Council meeting that the city either take care of demolishing the building or pay him $100,000 for the property deed.

Even before acquiring the property, the city did demolish a freezer building and guard shack in August 2016 because officials deemed the two structures posed significant danger to motorists as they could potentially collapse and fall into the roadway.

Last year, while Police Chief Michael Gahagan served as Interim City Manager, Laura Adams, administrative assistant for the Caribou Police Department, wrote a grant seeking $142,780 from the Northern Border Regional Commission to clean up the site. Adams said this was the only grant she has written for the city, but that she has written others for the police department.

Caribou City Manager Dennis Marker said the city budgeted an additional $75,000 this year for blight cleanup, which will cover asbestos abatement at the site. He added that the U.S. Environmental Protection Agency denied the city’s application for a $200,000 brownfield grant.

At this point, Marker said the demolition work does not include removal of foundations and that, prior to identifying asbestos, the completion date was set for Sept. 1 of this year. Even with the abatement requirements, Marker said he and city officials are hopeful that they will “still be close to that date for having the buildings down.”

Caribou Zoning Administrator Ken Murchison said Thursday that the city has contracted McGillan, Inc. of Fort Fairfield to handle demolition and that he is aiming to have the work complete by “the end of next month,” so the site looks nice in time for the September BikeMaine 2018 event.

Contractors hit a brief snag in the project, according to Murchison, when they found asbestos still present in the building. He said that before Caribou acquired the property, Nasiff had informed city officials that the asbestos abatement had been completed. However the city later discovered that the highly toxic material had only partially been removed. Caribou has “lost all contact” with Nasiff since acquiring the property according to city officials.

The city contracted County Abatement, Inc. of Caribou to take care of any remaining asbestos and at this point the firm is analyzing a sample of roofing materials to determine if there is any there.

“We should know if there is any asbestos in the roof within the next four or five days,” Murchison said on July 26. “If not, we will look to begin demolition immediately.

“It will give us a clean slate,” he said, “and we’ll have a developable property that we can market. Ideally the city would like to find a developer or industry concern. It’s been in a state of decay for years, and we’ve been hearing the public comment that the buildings need to be removed. I think we’ve acted on it and look forward to a bright future on that site.”

Adams, a Caribou resident, also is excited to see the buildings demolished.

“As a taxpayer,” she said, “I’m glad to see that property being cleaned up. It’s one of the first things you see when you pull into Caribou. It really needed to come down for multiple reasons; it not only posed a safety issue, but it was such an eyesore. I’m so happy to see it coming down.” 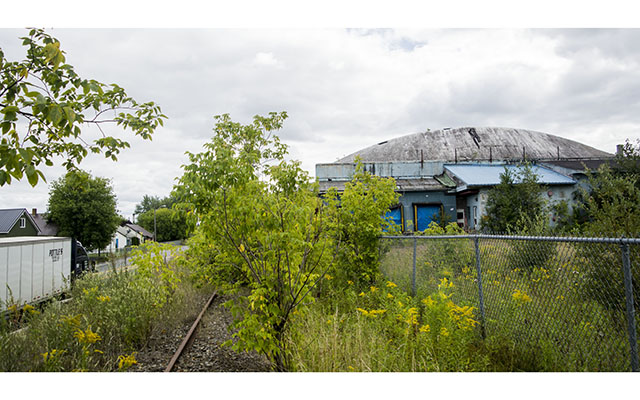 Caribou city officials had this former Birds Eye plant freezer building demolished in August 2016 because they feared it might collapse onto part of U.S. Route 1. (Christopher Bouchard)

Forbidden foods for our four-legged friends are many and can be very dangerous if ingested. Sometimes, we give our pets leftovers or what we consider treats. According to many sources, some human foods can make an animal very sick, and in certain cases can even be lethal.
What's Happening This Week END_OF_DOCUMENT_TOKEN_TO_BE_REPLACED