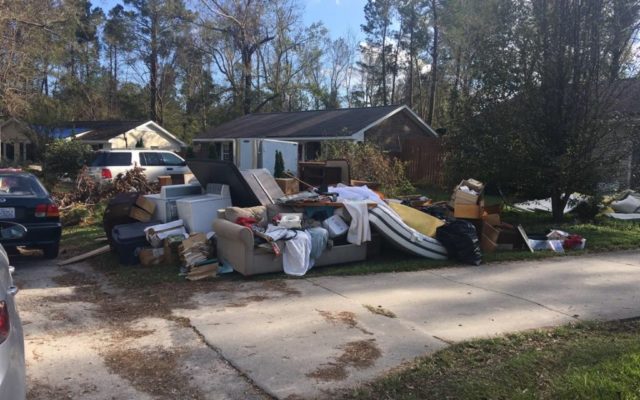 Chris Bouchard • October 4, 2018
“You see people’s entire lives at the end of their driveway,” Aroostook County Red Cross Community Manager Mary Green said via cell phone from Wilmington, North Carolina, on Wednesday. “Pretty much everything they own is ruined.”

CARIBOU, Maine — “You see people’s entire lives at the end of their driveway,” Aroostook County Red Cross Community Manager Mary Green said via cell phone from Wilmington, North Carolina, on Wednesday. “Pretty much everything they own is ruined.”

Green, who normally works out of the Red Cross office in Caribou, left for North Carolina on Sept. 24 to help with damage caused by Hurricane Florence. While she was scheduled to come back on Oct. 8, she recently decided to extend her stay by a week to Oct. 15.

Green is part of one of 23 two member teams conducting damage assessment throughout the Wilmington and Pender County areas. She said their primary goal is to assess the situation and send that information to Red Cross headquarters, so officials can send back the appropriate resources. 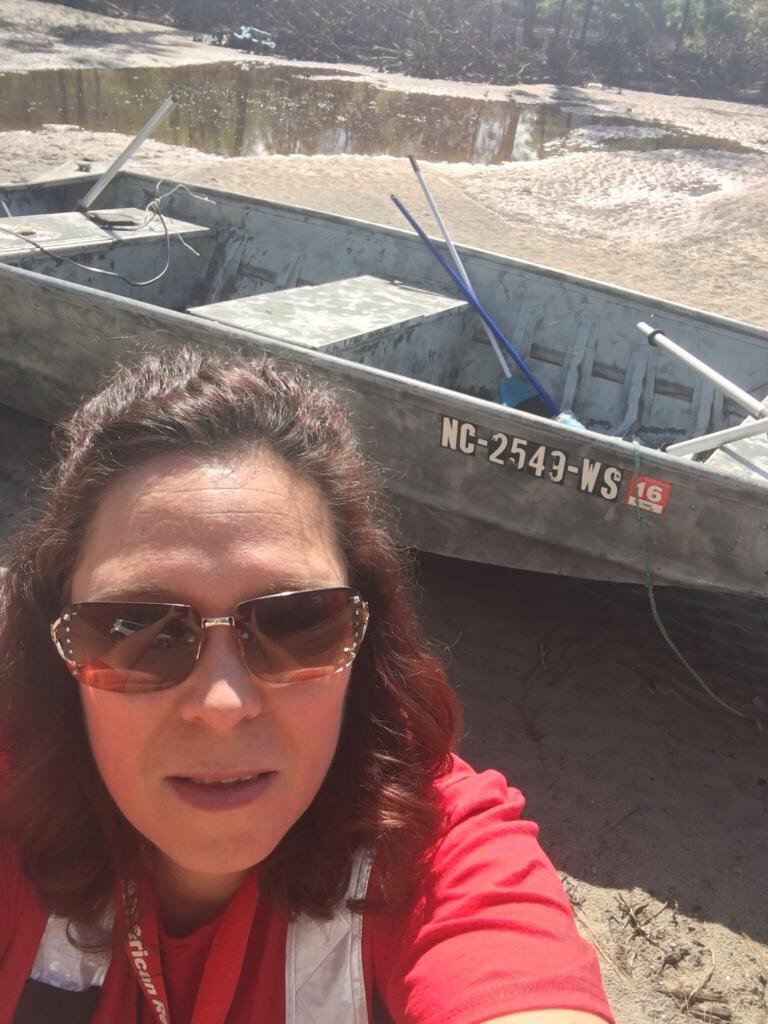 Aroostook County Red Cross Community Manager Mary Green stands in front of a boat that was used to save several North Carolina residents from flooded homes during Hurricane Florence. (Courtesy of Mary Green)

Those resources, according to Green, could include food, cleanup kits, or even mental health services.

After a week in North Carolina, Green said she’s met a number of interesting people while assessing damage.

“I met a woman who lived on a road that was in the middle of two rivers,” she said. “She was at home with two dogs and two cats, and the water rose so high that she couldn’t even get out of her home.”

The woman had to climb out of her window so a neighbor in a boat could rescue her. The neighbor, who is not affiliated with any organization, rescued several nearby residents during the storm.

“She lost everything,” said Green, “and things would have been a lot worse if it hadn’t been for the man in the boat. Everyone on that road is wonderful, kind, and loving, and they all pretty much lost everything.”

The man’s boat is still sitting on the now dried up and muddy road.

In another area, an entire complex consisting of 450 units was hit by the storm. Within an hour, Green said the Red Cross was able to supply food and mental health assistance. She and her crew since have made more damage assessments and requested additional resources.

While some roads are relatively dry and mostly muddy, others are still water locked and inaccessible, causing Green and others to spend extra time searching for detours while driving to their next destination.

Green said there is still a need for volunteers, adding that the work is “just beginning.”

Anyone hoping to help the Red Cross can text FLORENCE to 90999, call 1-800 RED CROSS, or visit the redcross.org website.

“We’ve met so many people here who have opened their hearts to us, thanked us, given us hugs, and bought us coffee,” she said. “There have been so many grateful, beautiful spirits; they are certainly all fighters.”

On Thursday, Rep. Harold “Trey” Stewart III, R-Presque Isle, announced he will run for a state Senate seat in the 2020 legislative election -- an important change for one of the most powerful representatives in the Maine House.
Pets END_OF_DOCUMENT_TOKEN_TO_BE_REPLACED