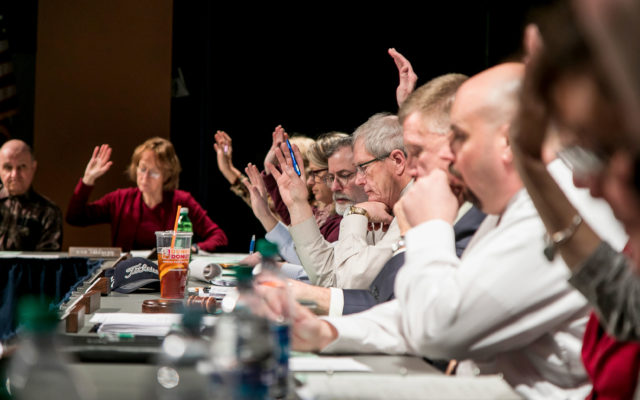 The school board voted 12-2, with one abstention, in favor of a harvest break, following an effort made by board member Carol Bell to bring the issue back to the board’s consideration. In February 2018, the board voted 9-7 to end the high school’s harvest break as of 2019 with a provision allowing students to take time off to work for a farmer with parental permission.

Lucy Richard, chair of the MSAD 1 board, said Thursday that two board members, Steve Sutter and John Johnston, voted against reinstating the break, while board member Jane James abstained because her family owns farmland that is rented.

Richard, who voted last February to phase out the harvest break, said she changed her mind to support the break along with several other board members on Wednesday.

“I get it when they talk about the workforce,” Richard said, referring to testimony from farmers who said they rely on high school students to complete the annual potato harvest.

“It’s hard to get nurses where I work,” said Richard, a nurse practitioner at Northern Light AR Gould Hospital in Presque Isle.

“We do have to support the agriculture in our community. I believe it teaches us a sense of community. I don’t know if kids would get that in a bigger city like Portland. That’s a lesson too that the kids learn.”

Richard acknowledged there is mixed sentiment among parents, educators and the general public when it comes to the longstanding tradition.

“I know that the community is torn. It’s also a financial thing. It’s more expensive for the district. In the end the farmers have a lot of land and pay a lot of taxes.”

The harvest break is estimated to cost the district about $50,000 largely in additional busing costs for a split schedule, as high schoolers return to class three weeks early while elementary and middle school students start after Labor Day.

Under the policy adopted Wednesday, the harvest break will run much the same as it has for years, with only grades 9-12 breaking for three weeks and returning the Wednesday after the Columbus Day holiday. 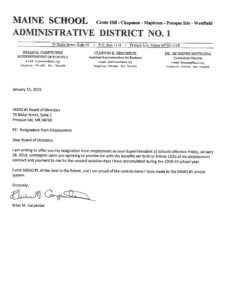 Members of the farming community also have agreed to collectively fund a $2,500 scholarship each year for five years that will go to one high school student to attend the new agriculture program at the University of Maine Presque Isle.

Farmers also will make presentations to students about harvest jobs in an effort to get more youths to take up harvest work.

“There was a lot of discussion about more students potentially working if they knew more about the jobs and the money,” Richard said.

She added that the district will have to nail down some details related to the change, such as coordinating career and technical education schedules with other districts. Caribou’s school district takes a two week break, Richard said.

Lynwood Winslow, division manager of Maine Potato Growers, Inc., a cooperative that serves potato growers in Aroostook County, said Thursday that he was pleased to hear about the school board’s decision. Winslow had spoken at both public hearings to advocate for harvest break as one of few opportunities for potato farmers to find seasonal workers.

“Even though there may be less kids working than there used to be and more mechanized technology available, there’s a vast shortage of qualified entry-level workers for farmers to choose from,” Winslow said. “In addition, farmers can’t always afford to invest in the latest technologies.”

He also said that he and other farmers would be open to discuss with the school board how to best promote harvest work opportunities to high school students.

“I think those discussions need to happen and will happen,” Winslow said.

Also on Wednesday, the board accepted superintendent Brian Carpenter’s resignation effective Friday Jan. 18, after more than three years with the district. Efforts to reach Carpenter were unsuccessful, but the SAD 1 school board released the resignation letter to The Star-Herald.

“I am writing to offer my resignation from employment as your superintendent of schools effective Friday, Jan. 18, 2019, contingent upon you agreeing to provide me the benefits set forth in Article 13(b) of my employment contract and payment to me for the unused vacation days I have accumulated during the 2018-2019 school year,” Carpenter wrote in the letter.

He concluded with, “I wish SAD 1 all the best in the future and I am proud of the contributions I have made to the SAD 1 school system.”

Carpenter’s resignation followed a recent survey of district employees that found a range of concerns with the administration among teachers and other staff.

“The staff survey was conducted because this past year there seemed to be a lot of employees who weren’t happy. Our school is a community and that depends on everyone working well,” Richard said. “If people are unhappy it trickles down to the most important reason we’re here, which is the kids.”

Richard said that Carpenter’s letter of resignation was brief and that the board thanked him for his work. She said the board will appoint an interim superintendent within the coming weeks, while beginning the search for a new permanent replacement.

“The board wants to ensure the community and staff that we will find a suitable candidate as an interim and then proceed with seeking a permanent replacement.”

Reporter Melissa Lizotte of The Star-Herald contributed to this report.

CORRECTION: A previous version of this article misstated that MSAD 45 in Washburn has ended its harvest break. The MSAD 45 board is currently reviewing the break and exploring policy options.

June is generally a month that also marks the height of “kitten season,” when large litters of kittens are born and often end up in animal shelters.   Luckily, here at the Central Aroostook Humane Society, we have seen a dramatic drop in the cat population over the past five years, mostly due to our spay and neuter program.
What's Happening This Week END_OF_DOCUMENT_TOKEN_TO_BE_REPLACED