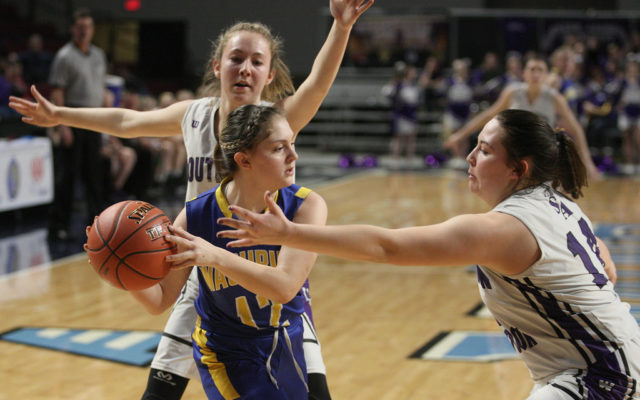 Southern Aroostook of Dyer Brook served notice on Monday that they it is primed to defend its state Class D schoolgirl basketball state title.

Cliff Urquhat’s Warriors rang up 29 first-quarter points en route to an 84-31 victory over Washburn and face Schenck of East Millinocket in Thursday night’s 7:05 semifinal at the Cross Insurance Center in Bangor.

Southern Aroostook is 17-2 with both losses coming to Class C teams, Madawaska and Central Aroostook of Mars Hill.

The top-seeded Warriors play a Schenck team that is 13-6 including a 56-38 quarterfinal victory over Shead of Eastport.

Southern Aroostook received 20 points and eight rebounds from Sydney Brewer, who led a group of four players in double figures. Makaelyn Porter and Kylie Vining had 14 and 13 points, respectively, and Kassidy Mathers had 10 points.

Samantha Malone’s 13 points and 12 apiece from Julia Stanley and Cassie Russell paced Schenck, which has held opponents to 26.7 points per game this season.

June is generally a month that also marks the height of “kitten season,” when large litters of kittens are born and often end up in animal shelters.   Luckily, here at the Central Aroostook Humane Society, we have seen a dramatic drop in the cat population over the past five years, mostly due to our spay and neuter program.
What's Happening This Week END_OF_DOCUMENT_TOKEN_TO_BE_REPLACED