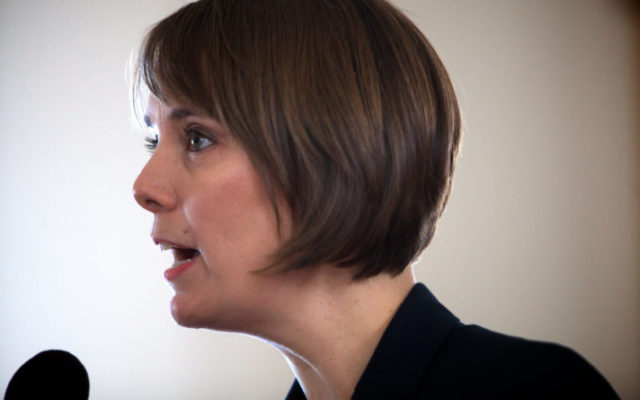 Michael Shepherd • May 1, 2019
A bill that could make Maine the first state to reinstate internet privacy rules similar to those nixed by a Republican-led Congress in 2017 was endorsed by a legislative committee on Tuesday in a move that bodes well for its passage.

AUGUSTA, Maine — A bill that could make Maine the first state to reinstate internet privacy rules similar to those nixed by a Republican-led Congress in 2017 was endorsed by a legislative committee on Tuesday in a move that bodes well for its passage.

The bill from Sen. Shenna Bellows, D-Manchester, would prohibit internet service providers operating in Maine from using or selling access to personal information of customers unless the customer consents to it. A similar bill failed to pass last year by one vote in the Senate.

That chamber was Republican-led at the time, but the Maine Legislature is now led by Democrats. Bellows’ bill has a bipartisan list of co-sponsors and was endorsed on Tuesday in an 8-1 vote of the Legislature’s energy panel. It will now go to the chambers for votes.

Those rules would have required customers’ consent before using personal information to target advertisements to them, but they never took effect after President Donald Trump signed the repeal into law. Maine’s two senators — Republican Susan Collins and Angus King, an independent who caucuses with Democrats — split on the change. Collins voted with her party.

Repeal proponents said the rules were an economically harmful overreach, while opponents including the American Civil Liberties Union and the digital-rights Electronic Frontier Foundation argued that the highly personal information should be regulated.

The push for the Maine bill was led by the ACLU of Maine — which Bellows once ran — and it was backed by Attorney General Aaron Frey, a Democrat, and GWI, the Biddeford-based Internet service provider. It was opposed by national trade groups for the wireless communications and broadbandindustries and the Maine State Chamber of Commerce.

Members of the Houlton Band of Maliseets will head to the ballot box in order to determine who will be elected as their new tribal chief.
Pets END_OF_DOCUMENT_TOKEN_TO_BE_REPLACED