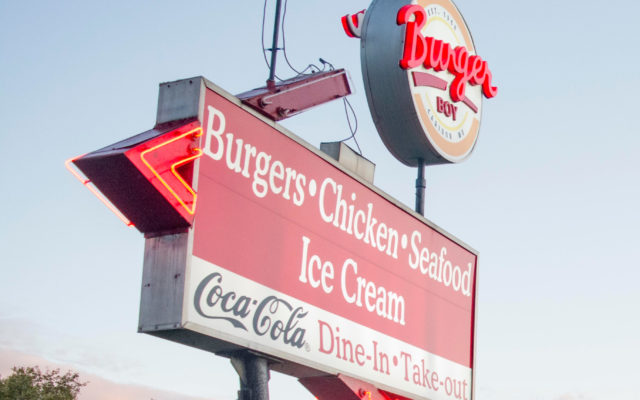 Chris Bouchard • May 20, 2019
Burger Boy owner Spenser Ouellette said the Maine Center for Disease Control and Prevention’s May 17 alert that an employee had been identified with a case of acute hepatitis A “drastically changed [his] life and business within the span of hours,” via a Sunday social media post.

CARIBOU, Maine — Burger Boy owner Spenser Ouellette said the Maine Center for Disease Control and Prevention’s May 17 alert that an employee had been identified with a case of acute hepatitis A “drastically changed [his] life and business within the span of hours,” via a Sunday social media post.

CDC’s announcement indicated that the employee had prepared food at the restaurant from April 24 to May 13, and recommended that any individuals who ate or worked at the restaurant between May 3 and May 13 receive a hepatitis A vaccine by Monday, May 27, as “there is a 14-day window during which prophylaxis is effective after exposure.”

By Monday, Ouellette said the social media post had received a great deal of positive feedback and had almost reached 30,000 people. However, Friday’s news came just before Caribou’s City Wide Yard Sale, which is typically the best weekend of the year for the local restaurant.

“After the news broke out on Friday, people were panicked and scared,” Ouellette said on Monday, “but anyone could have gotten this anywhere.”

Ouellette, who has owned the restaurant since late 2012, said it had been his dream to purchase the iconic restaurant. To make the dream a reality, he said he invested every dollar he had, and “lived in an uninsulated camp for four years that didn’t have running water or sewer and could barely stay heated above 45 degrees on those subzero winter nights,” so he could pay for the bills and continue investing into “Burger Boy and the Caribou Community.”

He said that while he has difficulty posting about his personal life on social media, the May 17 announcement had significantly changed his life.

“I’m not looking for any pity,” he wrote. “I just want to reach out to my loyal Burger Boy fans and let you know from the bottom of my heart that I had no way of knowing this individual was carrying the virus, nor did this individual know as well. Within a short time frame of arriving to work their shift, this person felt ill and the need to leave and seek treatment.”

He said the weekend consisted of answering numerous calls, being threatened with lawsuits, and responding to demands that he expose the name of the infected employee to the public.

“In this world,” he said, “we are exposed to many illnesses and risks every day just by being at any local establishment, school, park, hospital, within our own homes and any other place imaginable. Unless you live in a bubble, every day you are exposed to some type of risk.”

He added that this case most likely is an “isolated incident,” as no additional cases have been confirmed with any employees since the news broke out on Friday, and that nobody, to his knowledge, has any symptoms or tested positive for the virus.

After publishing the social media post, Ouellette said numerous phone calls of support came in and several people came to visit him at the restaurant to give him hugs and wish him luck.

“They sent a lot of positive vibes,” he said, “which I really needed after Friday.”

In the post, he added that Cary Medical Center would be giving hepatitis A shots in Caribou on Monday and urged any customers who had been to the restaurant recently to get in touch with the hospital.

Officials at both Cary and Northern Light AR Gould Hospital in Presque Isle said Monday they had administered more than 200 vaccines over the weekend, and have ordered more vaccine for additional clinics.

Bethany Zell, community and public relations coordinator at Cary, said in a Monday press release, “Any risk from eating at Burger Boy has passed and there is no reason not to patronize them at this point.  This could happen at any restaurant in the country.”

Ouellette urged anyone concerned about paying for the shots to keep their receipts, as Burger Boy is “working with [their] insurance company on Monday to see what [they] can do on [their] end to help cover any costs.”

He also thanked Northern Light A.R. Gould Hospital, who provided vaccines to more than 200 people on May 18.

He reiterated that he is sincerely sorry for what has taken place, and assured everyone that he is open to answering any questions they may have about the incident, adding that he does “not wish this upon any other individual or business, as it could have happened to anyone.”

“We have been around for 50 years and don’t plan on going away,” he concluded.

Next year's Caribou City Council will include a new member and a longtime councilor thanks to Tuesday's election.
Pets END_OF_DOCUMENT_TOKEN_TO_BE_REPLACED

I know many of you have followed DeeDee’s story. DeeDee had leukemia and was under vet care for the past few weeks. Early one recent morning, she lost her battle with leukemia.
What's Happening This Week END_OF_DOCUMENT_TOKEN_TO_BE_REPLACED