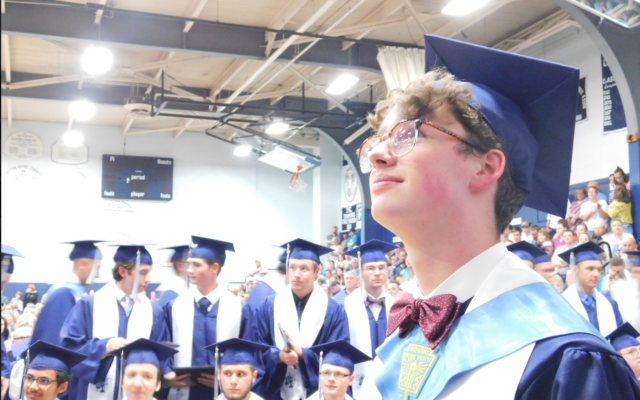 Presque Isle graduates reminisce on past, make plans for the future

Nina Mahaleris • June 11, 2019
By 19 years old, Jessica Vaillincourt had attended at least one day at six different high schools in the United States.

PRESQUE ISLE, Maine — By 19 years old, Jessica Vaillincourt had attended at least one day at six different high schools in the United States.

Vaillincourt’s parents separated when she was younger, leaving her to follow behind when they parted ways. She said she moved at least 12 times during her life and hasn’t lived in one place for more than four years at a time.

On Friday evening, she graduated from Presque Isle High School.

Vaillincourt said she felt “privileged” to finally receive her diploma after years of uncertainty and strife. To Vaillincourt, education is a right but not one that is always easily accessible, which she knows all too well.

When she wasn’t living with one of her parents or friends, Vaillincourt took care of herself. “At some points I was living on my own,” she said on Friday.

At 19, she graduated a year later than most of her peers but she made it across the stage, proud of her unique journey. “It’s been extremely hard not to call it quits … giving up would have been easy,” she said.

Amidst incredible struggle, Vaillincourt never lost sight of the future she wanted to create for herself. She said that although times were tough, the challenges she faced encouraged her to succeed. “Whatever the situation was, you learn to appreciate [it] and want more. I’ve always wanted more out of life and I still do, which is why I pushed through it and I told myself not to settle for anything less,” Vaillincourt said.

Vaillincourt will attend Husson University in Bangor this fall with plans to pursue a degree in psychology and criminal justice.

A total of 139 students graduated on Saturday evening from PIHS. Class President Molly Kinsgbury and speaker Ethan Jackson both gave speeches recounting their shared history as a class over the last four years.

“We are a class full of do-ers,” Jackson said. As a tribute to the class of 2019, three graduating students performed a cover of the Adele song, “When We Were Young”. Erik Smith played piano while Caroline Woods and Mayce Kinney sang a duet.

Principal Ben Greenlaw invited the top five graduates in the class to the stage to receive their awards. Alexandra Walsh, Madison Jandreau, Torey Levesque, Madison Boucher and Sydney Thompson each received a plaque honoring their achievements.

The top student, Alexandra Walsh, was specifically recognized for maintaining a 96.6 grade point average throughout all four years, according to Greenlaw.

Although she is not a Maine native, Ferrini-Mundy said she spoke with people from The County to learn important qualities of the people here.

Ferrini-Mundy told students, “be open to new adventures,” and urged them to remain honest and accountable throughout their lives, concluding that through perseverance and hard work, they can achieve all their goals. 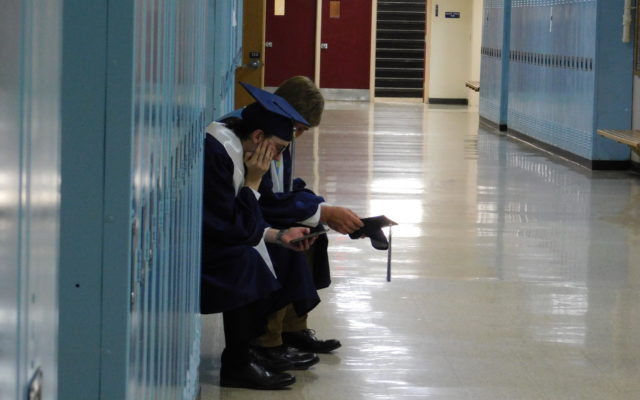 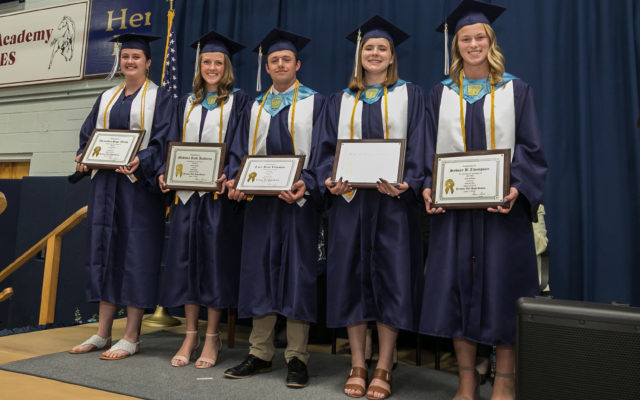