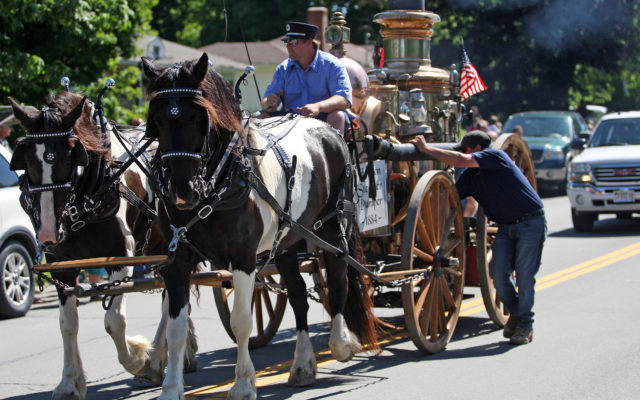 Residents, past and present, recall Houlton Fourth of July memories

Jen Lynds • July 3, 2019
Although she never lived in the community, Sarah Morrison of Andover, Massachusetts, has fond memories of her family’s annual trip to the Fourth of July festivities in Houlton.

HOULTON, Maine –Although she never lived in the community, Sarah Morrison of Andover, Massachusetts, has fond memories of her family’s annual trip to the Fourth of July festivities in Houlton.

Morrison, who spent five years living in central Aroostook while her father was stationed at the former Loring Air Force Base in Limestone, said that her family “spent the whole day” in Houlton on the Fourth of July. 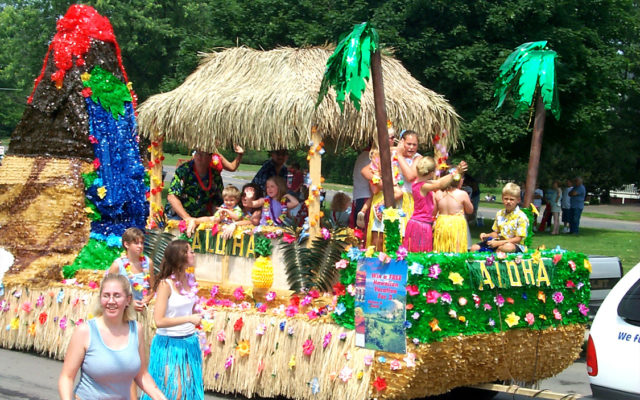 HOULTON CELEBRATES THE FOURTH Dunn Furniture Co.’s float won the award for best commerical entry in Houlton’s Fourth of July parade. on July 4, 2003. The Hawaiian-themed float, which included a smoking volcano, promoted the store’s Hawaiian vacation giveaway. The business closed after 110 years in operation last year, but current and former Houlton residents recalled several of the colorful floats that the company entered in the parade each year. (BANGOR DAILY NEWS PHOTO BY WAYNE L. BROWN )

“I have cousins who grew up in Hodgdon, so we would always drive down to Houlton to spend the holiday with them,” she recalled Tuesday. “We would meet at the same spot each year to watch the parade and then we would go to Community Park to the [Houlton Agricultural] fair and to see the fireworks.”

The Houlton Fair has been a licensed state fair since 1986, according to the Houlton Fair Association website. The town has hosted a Fourth of July parade even longer, although an exact start date was not available Tuesday. The Maine Memory Network has parade photos stretching as far back as 1905, according to its website.

Morrison said that she would spend hours in the livestock area, petting the animals and watching the horse shows.

“My sister and I used to love the horse shows they would host each year,” she said, laughing as she recalled the “jealousy” they felt toward the girls their ages in the shows. “They always looked so pretty and elegant in their riding clothes, just so easily leading those beautiful horses. It was wonderful.”

Kara Steiner of Houlton also recalled her family’s appreciation for the parade, especially for the floats and marching units that would enter.

“We also watched it from the same place each year, if we could,” she said. “We tried to gather on the corner by the old Town and Country clothing store. I used to love the floats that people or businesses would make by kind of fluffing up tissue paper that had been tied together and then painting it.”

Steiner said that her younger siblings were often in the parade each year, either playing instruments in school bands or for being on a championship Little League team.

She said that her father and grandparents preferred the older entries, such as the antique farm equipment or the Houlton Fire Department’s 135-year-old steamer pumper.

Mary Logan, another Houlton resident, said Tuesday that she now enjoys making Fourth of July memories with her grandchildren.

“I try to get them up here for the fair whenever I can,” she said. “They live in New Hampshire now, but they are just getting to the age when they can enjoy all of the contests my children used to, such as the pig scramble. It is nice to be able to take them.”

Maine is more than eight months into Medicaid expansion under the federal Affordable Care Act and trends around who is enrolling and where they live are starting to emerge, bucking some expectations and pointing out access challenges.
Pets END_OF_DOCUMENT_TOKEN_TO_BE_REPLACED