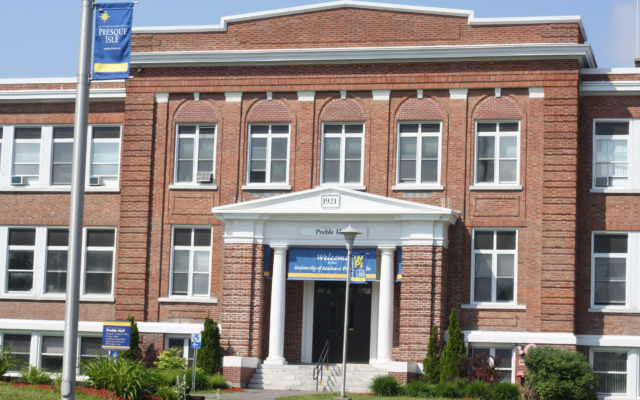 Melissa Lizotte • July 5, 2019
Thanks to a new partnership between the University of Maine System campuses across the state, Aroostook County college students now have an option for beginning an engineering degree closer to home.

PRESQUE ISLE, Maine — Thanks to a new partnership between the University of Maine System campuses across the state, Aroostook County college students now have an option for beginning an engineering degree closer to home.

The University of Maine at Presque Isle recently announced that it is one of four campuses, including those in Augusta, Farmington and Machias, to become part of the new Engineering Pathways Program.

The program allows freshmen students at one of the four campuses — all of which do not have individual engineering programs or curriculum — to earn 35 credits of college coursework locally before transferring to either the University of Maine, based in Orono, or the University of Southern Maine in Portland.

Although the University of Maine at Fort Kent is not part of the initial launch of the program, the campus might be added at a later date, according to the official website for Engineering Pathways.

UMPI President Ray Rice noted that Engineering Pathways is a “1+3” program, meaning that students complete their first year of studies at their local campus, which often saves them money in tuition, before finishing their remaining three years at UMaine or USM.

“Having this program at UMPI provides students a chance to pursue a career in a field where candidates are highly sought after and where jobs traditionally have the highest average starting salaries,” Rice said.

According to UMaine System data, Maine has experienced a 25 percent growth in engineering jobs, with 1,400 job postings in job sectors such as manufacturing, renewable energy, construction and utility infrastructure. The average annual starting salary for engineers is more than $60,000.

Jason Johnston, dean of UMPI’s college of arts and sciences, recommends that students interested in the Engineering Pathways Program have a strong background in high school math and science courses such as pre-calculus or calculus, physics trigonometry and chemistry. They will take more advanced courses in those subjects as UMPI freshmen in addition to composition, a humanities elective and other general education requirements.

Students also can take an Introduction to Engineering course online or through video conferencing from UMaine or USM.

“Since engineering is only offered at the university level, many students might not know what the field is about,” Johnston said. “This program helps them explore early on what the different opportunities are across the state.”

Many local students, Johnston noted, already have expressed interest in the Engineering Pathways Program. As more job sectors see large increases in retiring employees, he anticipates that similar UMaine system-wide programs such as the recently formed Maine Cybersecurity Center will become a more common and important way to address the state’s workforce needs.

“With these partnerships we can all better leverage our resources within the UMaine system to help give students the credentials they need and strengthen the workforce,” Johnston said.

For all it does to refresh us, burn energy and keep us sharp, we all need playtime, dogs and cats included. Sharing playtime with pets has the added benefit of strengthening the bond between us, so we better understand one another.
Campaign Corner END_OF_DOCUMENT_TOKEN_TO_BE_REPLACED