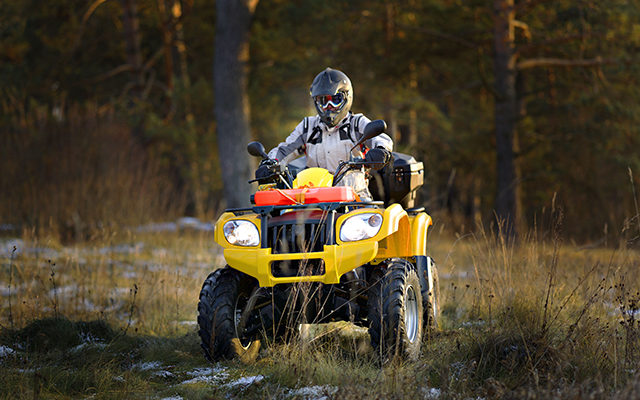 Morgan Mitchell • July 5, 2019
After multiple ATV and boating accidents the state, the Maine Game Warden Service issued a series of updates to encourage recreation-doers to be more cautious during the summer holiday.

After multiple ATV and boating accidents the state, the Maine Game Warden Service issued a series of updates to encourage recreation-doers to be more cautious during the summer holiday.

In the Township of Frenchtown, wardens responded to an ATV crash, according to the release. The morning of July 4, the crash involved a single dirt bike with a driver and a passenger. The driver of the bike, 23-year-old Bryden McAndrews of Connecticut, sustained “serious” leg injuries while his 26-year-old passenger, Eric White, was not injured. The crash is still under investigation.

In Burnham,in the early afternoon on the Fourth, game wardens responded to a UTV, or side by side, crash. The UTV was operated by a 15-year-old minor who suffered a concussion, with a 25-year-old passenger, Nicholas Chadwick. Neither were wearing helmets and were operating on their private property, according to the release. The incident is still under investigation.

And finally in Caribou, another UTV crash called the game wardens out to a scene involving two 14-year-olds and a 4-year-old. All three minors were transported to Cary Medical Center in Caribou after the incident caused the 4-year-old to have a laceration on his forehead, his older brother an injured elbow, and the other 14-year-old friend a broken wrist and face laceration with possible concussion.

The report stated that none of the children involved were wearing helmets, but they were wearing seatbelts in the UTV owned by the grandfather of the two brothers. The report said the three appear to have rolled over and lost control while operating downhill.

The crash is still under investigation as well.

The report urged that riders wear protective headgear and to maintain safe speeds.

For all it does to refresh us, burn energy and keep us sharp, we all need playtime, dogs and cats included. Sharing playtime with pets has the added benefit of strengthening the bond between us, so we better understand one another.
Campaign Corner END_OF_DOCUMENT_TOKEN_TO_BE_REPLACED