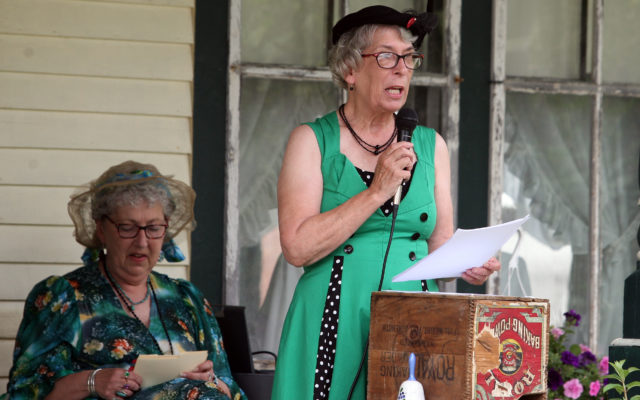 History of Island Falls comes to life through clothing

Held at the Tingley House, the production titled “Memories” gave some of the major highlights of the town’s history in 20-year increments, going back to 1840 and continuing through to the present day. Models, appearing in vintage clothing, helped illustrate the town’s history and featured such articles of clothing as traditional nightwear and women’s dresses. 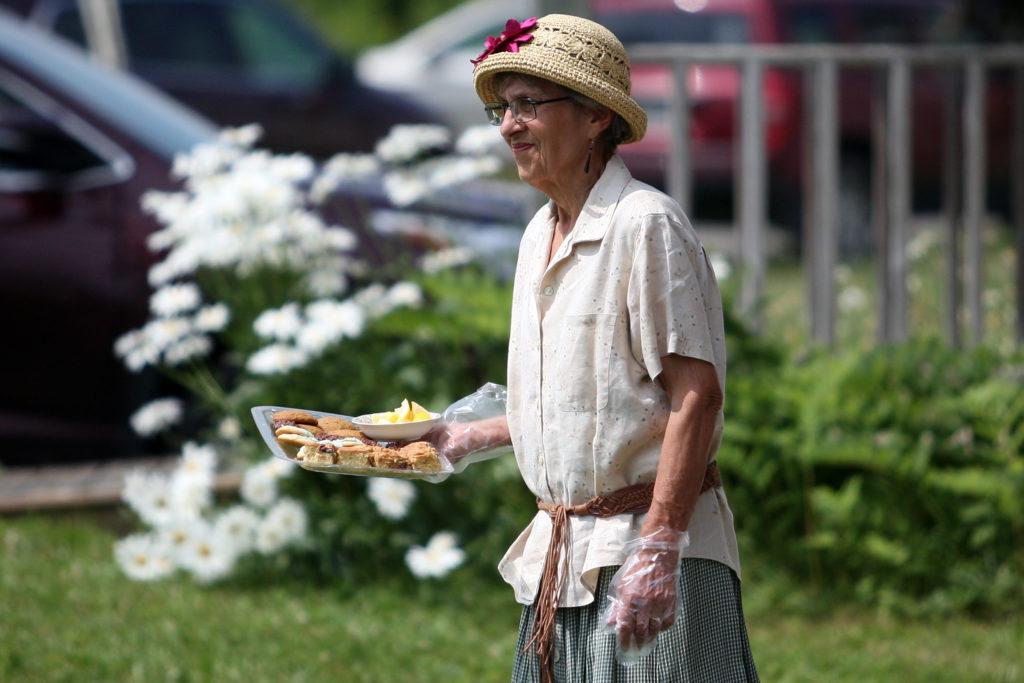 Rachel Daniels of the Island Falls Historical Society carries snacks to a table Saturday, July 27, during the group’s presentation of the town’s history.
(Joseph Cyr)

The event marked the first time that the Island Falls Historical Society had arranged such a show.

“Our board of directors decided we as a group would do something special for Summerfest,” said Deb Dwyer, a member of the Island Falls Historical Society. “We did a vintage fashion show a few years ago. This is the first time we have ever tried to tell the story of the town through narrative and clothing.”

A group of 14 people appeared in the production, including some children. The Tingley House was elegantly decorated with vintage props, while Richardson’s Hardware in Patten loaned a variety of flowers to the group.

Annette Stevens, chairman, served as the moderator for much of the production and came up with the majority of the dialogue for the presentation. She used the book “Island Falls Maine, 1872-1972 by Nina G. Sawyer for much of the historical references. 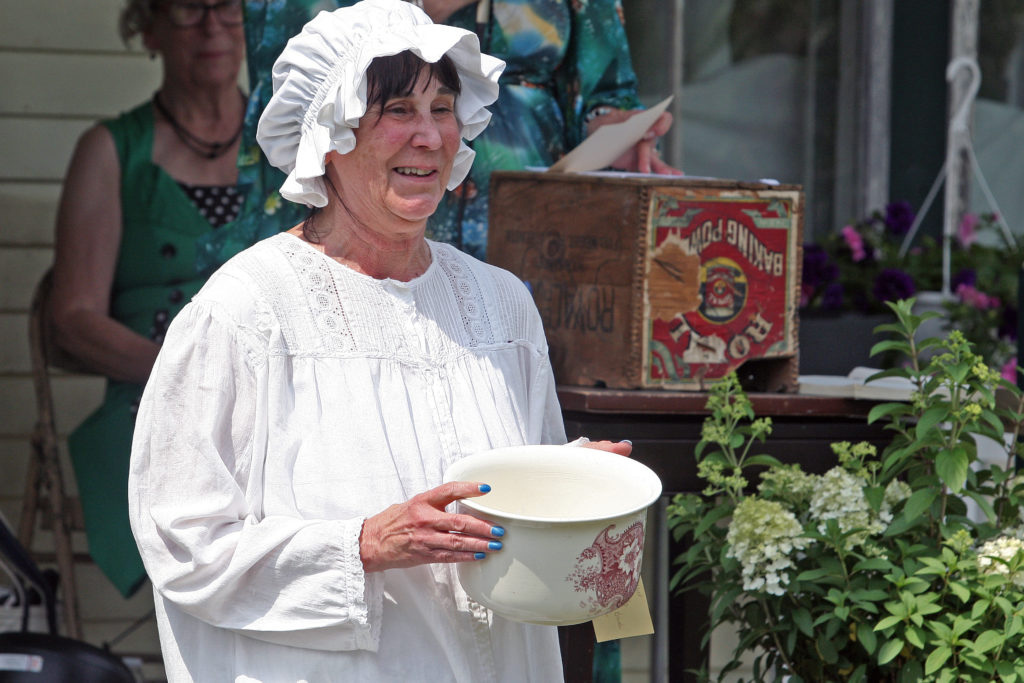 “I have shamelessly lifted nearly all of my facts from these pages,” Stevens joked. “I recommend the book to everyone. You can check it out at the library, borrow one from a friend or buy one here today.”

Stevens said most of the apparel worn during the exhibit is normally on display at the Tingley House, thanks to the generosity of local individuals who donated family heirlooms to the museum.

The group had just one dress rehearsal prior to Saturday’s production.

Becky Drew, a member of the Island Falls Historical Society, said Saturday’s performance was just one of several events the group has been working on this summer. A progressive supper/walk through town will be held in September with stops at the Sewall House, library, jail house and Masonic Lodge. 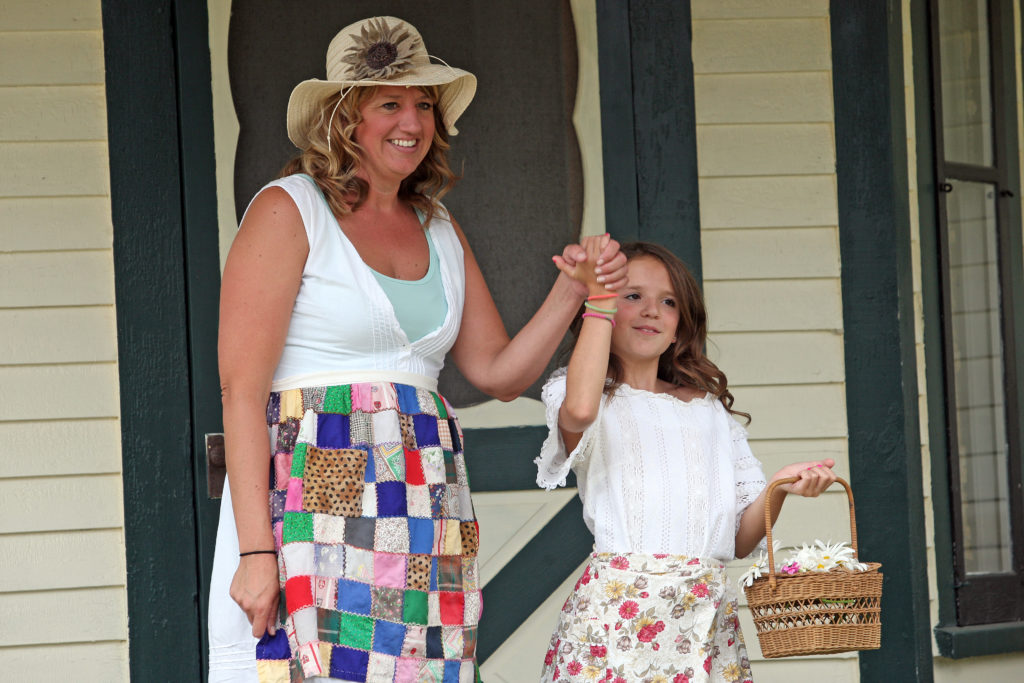 Stephanie McNelly, left, and her daughter Mia show off the typical garments worn in the 1860s in Island Falls.
(Joseph Cyr)

On Thursday, Rep. Harold “Trey” Stewart III, R-Presque Isle, announced he will run for a state Senate seat in the 2020 legislative election -- an important change for one of the most powerful representatives in the Maine House.
Pets END_OF_DOCUMENT_TOKEN_TO_BE_REPLACED