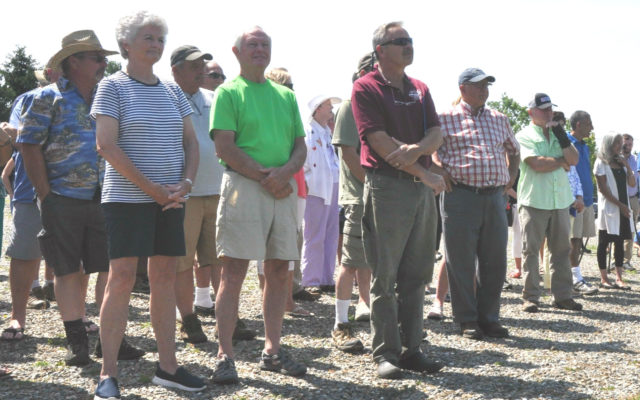 Jen Lynds • August 5, 2019
More than 100 people gathered in Weston on Saturday to decry a controversial proposal by a Baileyville pulp mill to abandon a dam it owns.

WESTON, Maine — More than 100 people gathered in Weston on Saturday to decry a controversial proposal by a Baileyville pulp mill to abandon a dam it owns. 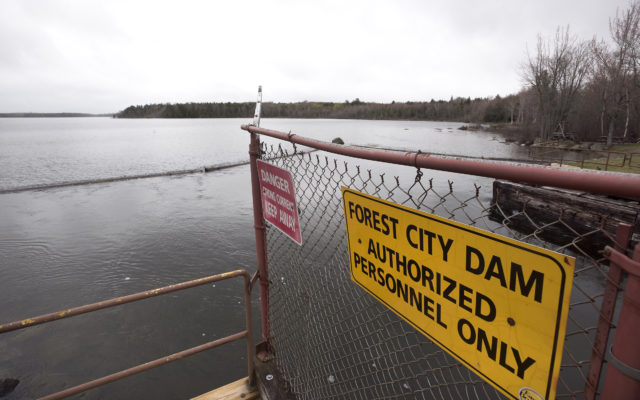 Company officials have said meeting the federal agency’s requirements for operating the dam would cost the company $6 million more than it would make from any power generation during the 30-year life of the dam license, which was renewed in 2015.

On Saturday, a rally was held at First Settlers Lodge in Weston in support of keeping the Forest City Dam intact. Lakefront property owners on East Grand Lake have said proper maintenance and operation of the dam must continue, as the lifeblood of the area is its ability to attract anglers and outdoor enthusiasts.

Hanging in the balance, they contend, are more than 2,000 seasonal camps and cottages around the lake’s edge.

East Grand Lake, a 16,000-acre impoundment of the St. Croix River that straddles the border between Maine and New Brunswick, exists because of the dam Woodland Pulp wants to relinquish.

Barry Connelly attended the rally on Saturday. He said that he retired to East Grand Lake after previously serving as a representative in the Texas State Legislature.

“I’m really mad,” he said. “I don’t know why we are here. Why is the idea of destroying East Grand Lake even on the table?”

“The idea we’ve got to sell is that we need to compromise,” he said, adding that no one from Woodland Pulp had yet come to them and offered to compromise.

Andrew McCain of McCain Foods Inc, who has property on the Canadian side of the lake, also spoke at the rally.

He said that he didn’t have any issue with Woodland Pulp, but did not feel like the residents, camp and business owners had been dealt with in “good faith” and were going to fight.

“We can and will win,” he said. “But the only way we can do it is with public pressure.”

The Federal Energy Regulatory Commission will hold a public meeting at 3:30 p.m. on Aug. 28, at East Grand High School in Danforth to try and answer the question of who should maintain the dam. Representatives from the mill and the Maine Department of Inland Fisheries and Wildlife are expected to attend.

Maine is more than eight months into Medicaid expansion under the federal Affordable Care Act and trends around who is enrolling and where they live are starting to emerge, bucking some expectations and pointing out access challenges.
Pets END_OF_DOCUMENT_TOKEN_TO_BE_REPLACED