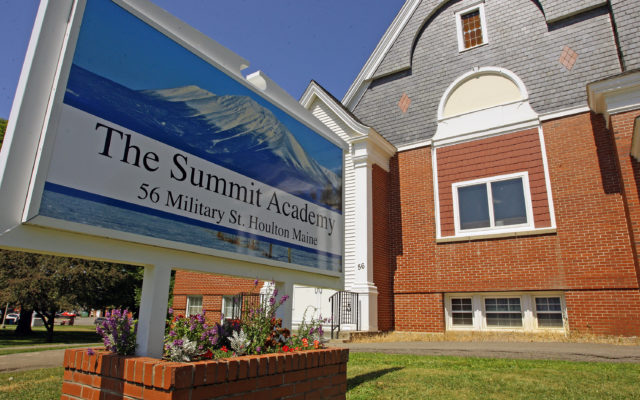 A four-district collaborative between RSU 29 (Houlton), SAD 70 (Hodgdon), RSU 50 (Southern Aroostook) and SAD 14 (East Grand) received a $570,000 grant from the state under its Fund for Efficient Delivery of Educational Services program to create a regional alternative education center for students.

That same grant program resulted in an earlier award of $415,000 that was used to build a regional school bus garage for those four school districts to provide maintenance for their school buses.

Back in April 2017, the Department of Education challenged local school districts to find new efficiencies in the day-to-day operations, with a focus on consolidated efforts, through the announcement of an “efficiency” grant program. Funding for the grants was created by then-Gov. Paul LePage via an executive order in January of that year.

Currently, students in grades nine-12 from those four districts may attend the Carleton Project, a private, non-traditional, limited-purpose school, located on Main Street in downtown Houlton. Until recently, a parent could enroll their child in the program directly.

That change in policy is one of the key reasons that RSU 29 took up the lead in creating the new Summit Academy.

“It was important to us that if we were providing a student with a diploma, that we had more control of the education that the student was receiving,” Halliday said.

The Summit Academy has openings for 30 students in its inaugural year, with each school district allocated so many slots for their students.

“The Summit Academy is for those students who, for various reasons, the regular structure of a school does not work,” Halliday said. “They feel overwhelmed by the schedule, by the amount of people, and this type of program works very well for them.”

Halliday said some may think of an alternative education program as being more lax than traditional school, but that was not the case.

“The rules are very strict,” she said. “If you have more unexcused absences than what is allowed, there is a good chance you will lose your space. There will be a waiting list for kids who will want to get in.”

Halliday added that  students from her school district that have been attending the Carleton Project will be reviewed on a case-by-case basis to determine if they are candidates for the Summit Academy, or if they will remain at the Carleton Project.

“There are some students who have been in that program and are well adjusted there (Carleton Project), so it will be in their best interests to stay,” she said. “The bottom line is we want to do what is best for the student.”

Dee Butler and Dawn Matthews will be lead educators at the new school. Matthews has been involved in education for a number of years, serving as the principal at East Grand School in Danforth and most recently as elementary principal at Central Aroostook in Mars Hill. Butler, most recently, was the JMG teacher at Houlton Middle-High School.

Jim Hodgkin, principal at Houlton Middle-High School, will serve as the head administrator for the Summit Academy.

Students will receive their core courses and any electives they are interested in, Halliday said. Technology will greatly aid in the student’s individual education, and programs offered at one of the four high schools will be an option for students.

The three-story building, which once served as the home of the Military Street Baptist Church, has ample room for the program to grow. In fact, the entire third floor will not be used, but could be converted for speciality rooms down the road.

Located near downtown Houlton and adjacent to Monument Park, there are a few nods to the former church that remain. A couple of the pews have been retained and will be used for seating in one of the school’s common meeting areas.

On the ground floor level, there is a full kitchen that can be used for cooking classes. Halliday said there is potential for RSU 29 to move its central offices to the Summit Academy, freeing up much-needed space at Houlton Middle-High School.

The four districts were able to purchase the building with grant funds and still had money left over to cover the cost of the renovations, as well as start-up costs for the new school.

“It may not look like it at the moment, but we will be up and ready for the start of school,” Halliday said.

Recently we took in a cat named Joe. He is a very sweet cat with a multitude of problems. He was rescued from the streets here in town, but Joe turned out to be a very sick kitty and was surrendered to The Ark because the resources were not there to help him.
What's Happening This Week END_OF_DOCUMENT_TOKEN_TO_BE_REPLACED