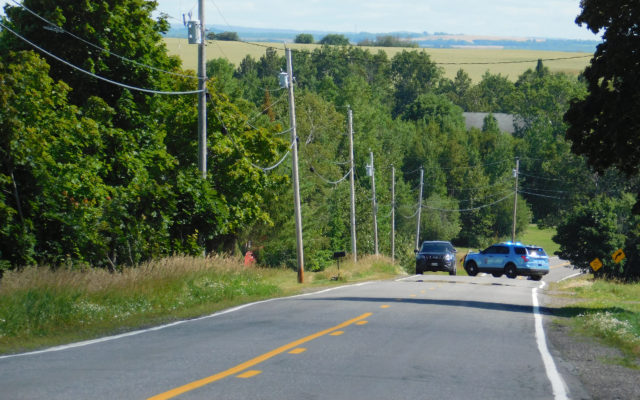 Nina Mahaleris • August 14, 2019
The Maine medical examiner’s office in Augusta has confirmed that the two victims found dead in a pickup truck on Tuesday were fatally shot.

CASTLE HILL — The Maine medical examiner’s office in Augusta has confirmed that the two victims found dead in a pickup truck on Tuesday were fatally shot.

Just after midnight on Tuesday, Maine state troopers reported to 2052 State Road, also known as Route 227, for a suspicious noise complaint. Officers initially thought they were dealing with a car collision between an ATV and a pickup truck, but soon realized that was not the case when they found the two men, according to police.

Officers blocked off a section of Route 227 on Tuesday morning as they investigated the incident. One resident who lives in the area said that the road had been blocked off as early as 2 a.m.

The man said he lives not far from where Ellis and Curtis resided on the State Road. “All I know for sure is when I went to work at 2 a.m. Rogers truck wasn’t home and they had two small sections of road blocked off just beyond his house probably a hundred yards,” he said.

Since Tuesday, the state police have increased patrols in the Mapleton-Castle Hill area and authorities will continue to work during the night, said Stephen McCausland, spokesman for the Maine Department of Public Safety, in a prepared statement.

No other information regarding the results of the autopsies is being released at this time, McCausland said late Wednesday afternoon. An examination of the vehicles involved as well as other evidence in the case is underway at the State Police Crime Lab in Augusta.

Residents are urged to continue to be aware of their surroundings. Anyone can report suspicious activity or information related to the case to the state police barracks in Houlton at 532-5400.

Gubernatorial candidate John Glowa said that he wants to spur government reform that truly creates a system of, by and for the people when he visited Presque Isle City Hall.
Pets END_OF_DOCUMENT_TOKEN_TO_BE_REPLACED

Many of you have been asking about our super popular “Toast to the Animals” celebration. After several COVID-19 cancellations and not being able to host this great fundraiser, we are finally ready to celebrate the animals once again and help support the Central Aroostook Humane Society.
What's Happening This Week END_OF_DOCUMENT_TOKEN_TO_BE_REPLACED