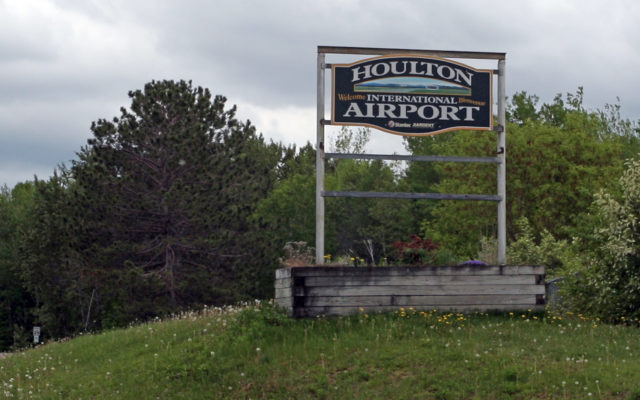 Jen Lynds • September 11, 2019
As municipal and economic development officials continue to sketch out a tentative improvement plan for the airport, an updated report forecasts a future for the facility as long as improvements are made.

HOULTON, Maine — As municipal and economic development officials continue to sketch out a tentative improvement plan for the airport, an updated report forecasts a future for the facility as long as improvements are made.

Stantec, a consulting firm based out of Scarborough, finished updating the Airport Master Plan for Houlton International Airport and it was adopted by the Town Council late last month. The last time the plan was updated was in 2002. The Federal Aviation Administration determines eligibility for Airport Improvement Program funding based on the plan.

The updated report, which used a 20-year forecasting model, comes just as the town is taking additional steps to make the airport more attractive to pilots, passengers and developers.

In June, town and economic development officials joined with local pilots and members of the airport advisory committee to sketch out a tentative improvement plan for the facility.

Town officials have long lauded the advantages of having an airport in the town, but efforts to harness a long-term success plan have been fleeting.

Suggestions for improving HIA included installing more signage to direct visitors to area businesses and repairing airport buildings. The town also quickly set up a small coffee and beverage bar inside the fixed-based-operations building to benefit pilots and guests.

In the study, planners suggested renovations and upgrades to the facility. They included the reconstruction of the two runways at the airport, along with expansion of automobile parking. Reconstruction of the airport’s taxiway and creation of several new hangars to accommodate additional aircraft also were included. The work will cost an estimated $12.5 million.

The hangar at Houlton International Airport is pictured on Wednesday, May 1, 2019. The town held an airport visioning workshop on  Monday, April 30, to discuss ideas and possibilities for the airport and the surrounding industrial park.
Stantec, a consulting firm based out of Scarborough, finished updating the Airport Master Plan for Houlton International Airport and it was adopted by the Town Council at the end of August 2019. The last time the plan was updated was in 2002. The Federal Aviation Administration determines eligibility for Airport Improvement Program funding based on the plan.
(Jen Lynds)

The Federal Aviation Administration pays for 90 percent of the project costs, with the Maine Department of Transportation and the town each picking up the remaining 5 percent.

According to the planners, the economy continues to recover from the most serious economic downturn since World War II and the slowest economic expansion in recent history. Despite that, they predicted, aviation will continue to grow over the long run. At the same time, they said, that trend will be more apparent in commercial air travel and air cargo than in a general aviation airport like Houlton International Airport.

Between July 1, 2014, and June 30, 2015, the airport sold nearly 25,000 gallons of fuel, according to the report. Town officials said that the figure was consistent with previous years, adding that they felt it would carry on into the future. The planners predicted that by 2035, the airport would “sell an estimated 33,675 gallons of fuel.”

The total number of based aircraft at HIA “might decline” over the 20-year period, but “the jet and helicopter fleet will see increases in both physical aircraft and operations.”

Planners also addressed socioeconomic trends that could affect the airport, including population loss. According to projections, Houlton’s population will decrease by 4.9 percent by 2035, while The County’s will decrease by 5.6 percent. At the same time, they wrote, The County’s per capita personal income is forecast to increase at nearly twice the rate of the state’s over the 20-year period. They projected that the County’s PCPI would stand at $24,503 next year, and rise to $30,483 by 2034.

Bland and Cohen ended the report by maintaining that the “population, per capita income, and employment levels will remain consistent with changes in both the national and state demographics.”

Maine is more than eight months into Medicaid expansion under the federal Affordable Care Act and trends around who is enrolling and where they live are starting to emerge, bucking some expectations and pointing out access challenges.
Pets END_OF_DOCUMENT_TOKEN_TO_BE_REPLACED