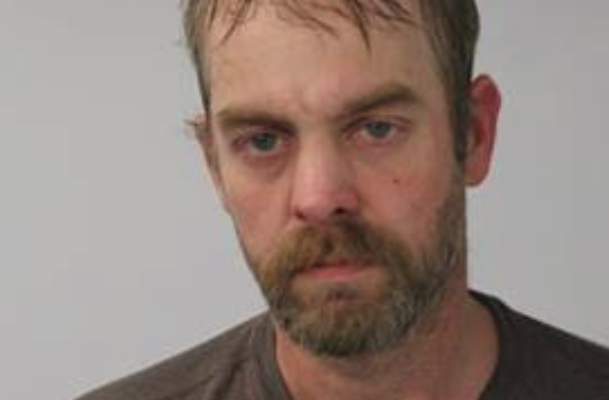 Around 6 p.m., the Aroostook County Sheriff’s Office received a tip that Alexander was hiding out in a Blaine residence. Officers found and arrested Alexander without incident for his alleged role in a shooting that left one man in critical condition, the sheriff’s office said Sunday. He was also wanted on three unrelated warrants for failure to appear in court.

Alexander is being charged with two felonies — aggravated reckless conduct with a dangerous weapon and aggravated assault, the District Attorney’s office confirmed on Tuesday morning.

He is currently being held at the Aroostook County Jail on a $250,000 single surety or $50,000 cash bail and is scheduled to be arraigned in Presque Isle District Court on Dec. 18.

Over one week ago, police said a man called 911 around 6 a.m. Sept. 9 to report that he had been shot at a residence on Northern Road in a neighborhood near Skyway Industrial Park.

Some schools and businesses in the area were advised to shut down while police investigated the shooting. The victim from the shooting underwent surgery at A.R. Gould hospital, but was later transported by helicopter to Northern Light Eastern Maine Medical Center in Bangor, where he remains in intensive care.

His identity has not yet been released.

Police also arrested Jordan Field, 36, of Blaine and Ned Ketchum, 50, of Mars Hill on Sunday evening. Both are charged with hindering apprehension.

Field and Ketchum are expected to appear in court at a later date, a press release from ASCO said on Sunday night.

Police initially identified Alexander and a second man named Jomo White as the primary suspects in the case. Four days after the shooting, police confirmed they had arrested Brittany Britton for her involvement in the shooting.

White, 31, of Atlanta, Georgia, was found near State Street and taken into custody on Tuesday morning. He is being held at the Aroostook County Jail in Houlton on felony charges of attempted murder, elevated aggravated assault and reckless conduct with a firearm.

Britton, who is local to the area, was charged with elevated aggravated assault and aggravated reckless conduct with a firearm — both of which are felony charges, Presque Isle police Detective Kristopher Beck said Friday morning.

Both White and Britton appeared before a judge on Wednesday morning, Beck said. A judge set Britton’s bail at $50,000 and White’s at $250,000 cash.

A familiar face to Aroostook County residents has announced her candidacy for the Maine State Senate.
Pets END_OF_DOCUMENT_TOKEN_TO_BE_REPLACED

When 14-year-old Isaiah Belyea of Caribou began volunteering for Halfway Home Pet Rescue three years ago, he never imagined that his love for animals would quickly turn into a budding career.
What's Happening This Week END_OF_DOCUMENT_TOKEN_TO_BE_REPLACED