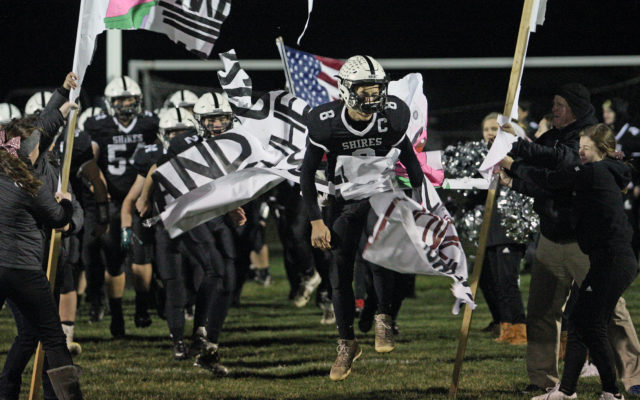 Joseph Cyr • November 4, 2019
Friday evening was a historic night for the Houlton football program as the Shires hosted a playoff game for the first time in the modern era.

HOULTON, Maine — Friday evening was a historic night for the Houlton football program as the Shires hosted a playoff game for the first time in the modern era.

Unfortunately, the No. 4 Shires (4-5 overall) were not able to come away with a victory as No. 5 Foxcroft Academy (4-5) exploded in the second half to break open what had been a close game. The visiting Ponies scored 25 unanswered points in the second half to beat Houlton 46-14 in the Class D North quarterfinal.

Football has only been a full-fledged varsity sport at Houlton Middle-High School since 2013. Prior to that, the Shires played as a club sport and were once known as the Houlton Knights competing in the Maine Independent Football League for a number of years. 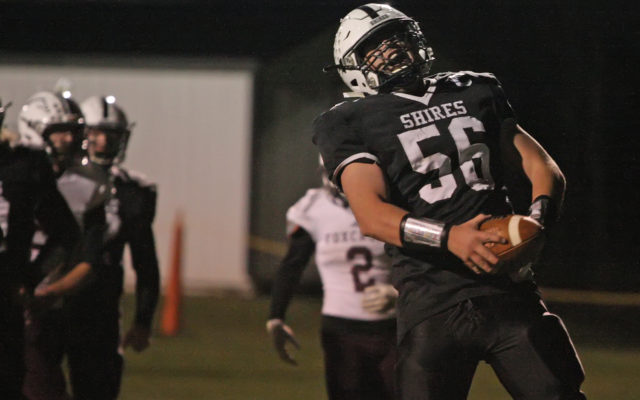 Coming into Friday night’s game at the Maliseet Sports Complex, the historical significance of the game was not lost on the coaches and players.

“We have a lot of these kids who have been playing football since the third grade,” said Jon Solomon, assistant coach for the Shires. “This is really the first class to come all the way through and to have this as the first home playoff game is a huge milestone not only for them, but for the program going forward.”

Solomon said the experience gained from having a home playoff game should prove beneficial for the younger players, including the junior high program.

“We talked all summer long about seniors leaving a legacy,” the coach added. “This home game is part of the legacy that they are able to leave.”

Assistant coach Mike Carlos said the playoff game was the culmination of many years of hard work and dedication.

“The boys certainly deserve it after all these years of working,” he said. “When the sophomores were back in the eighth grade, we had a plan of seeing them really help on the varsity level and it has certainly come to fruition.”

Houlton senior Jaron Brewer had to miss Friday night’s game due to an injury sustained Friday, Oct. 25, in Millinocket against Stearns/Schenck.

“It stinks that I can’t play, but it (home playoff) is awesome for the team,” Brewer said. “We are all like a group of brothers. One of our goals coming into the year was to get this home playoff game so I am happy we were able to do that.”

Head coach Brian Reynolds said the home playoff has been a long time in the making.

“Really it has been since 2006 when we first started playing football,” Reynolds said. “This group has been playing since third grade and it’s really neat to be home one more time. We had a wish list coming into the year, and that included a winning record and a home playoff game. I’m proud that we accomplished that.”