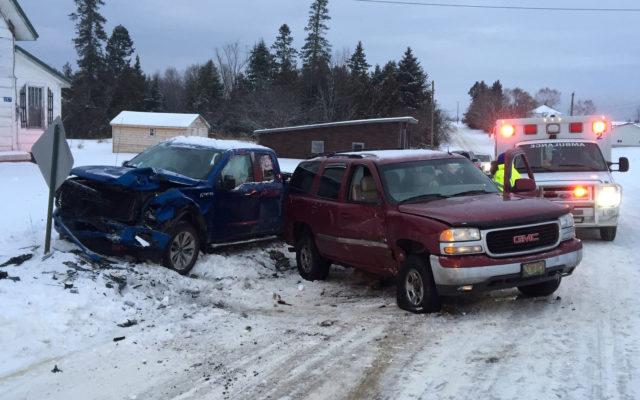 Nina Mahaleris • November 15, 2019
A Bridgewater woman was hospitalized early Friday morning after her car spun out on ice and was pushed into oncoming traffic.

BLAINE, Maine — A Bridgewater woman was hospitalized early Friday morning after her car spun out on ice and was pushed into oncoming traffic.

At 6:11 a.m., Maine State Police received a call of a two-vehicle crash on the Robinson Road in Blaine with one person injured.

Lisa Rodriguez, 51, was northbound in her 2003 GMC on the road when she slid on ice, lost control of the car and landed sideways in the opposite lane. Dana Raymond, 57, of Easton was heading south and couldn’t avoid Rodriguez, slamming into the vehicle head on.

Rodriguez was transported by Crown Ambulance to A.R. Gould Hospital in Presque Isle with a leg injury. Both cars had significant damage and were towed, Maine State Police said Friday morning.