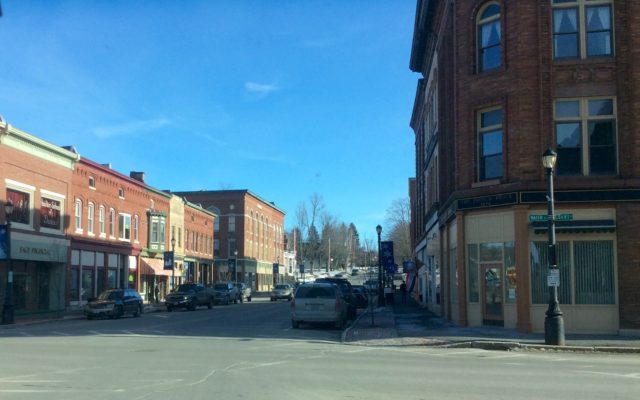 Joseph Cyr • December 11, 2019
How can the town of Houlton breathe new life into its downtown area for generations to come?

HOULTON, Maine — How can the town of Houlton breathe new life into its downtown area for generations to come?

The final report, which was presented to the full board of the Houlton Town Council Monday evening, is the culmination of a 10-week review of Houlton’s downtown. The Revitalization Roadmap process is a streamlined alternative to the traditional downtown plan and includes an action-oriented strategic plan on areas the community should focus its attention in the months and years to come.

The study did not cost the town any money as it was completely funded by the Maine Development Foundation.

“What we are looking at now is formalizing the structure of the committee to review this report and pick some areas to focus on,” explained Nancy Ketch, Houlton’s economic and community development director. “We need to have a fluid group that can outlive any one member.”

Ben Levenger of the Maine Downtown Center conducted an analysis of Houlton’s downtown, including a couple of public input sessions held last summer to collect data from residents on what the downtown means to them, and where they would like to see it go in the future.

The review also included an analysis of the town’s infrastructure to determine any areas of concern. The recommendations were broken down into five categories — built environment, community character, real estate development, community capacity and streetscape.

“The residents and business owners within the community have a sentimental attachment to the downtown corridor of Houlton,” the report states. “Every stakeholder who participated noted the significance of the downtown to their past, the visible decline and their aspirations for future enhancements. The common theme was that all participants wanted to see a more vibrant, attractive and inviting downtown.”

Some of the recommended improvements included greater signage to direct people from Interstate 95 to the downtown and increase the town’s presence on the internet through social media platforms.

Among the more popular suggestions for types of businesses to lure to Houlton’s downtown were a bridal/formal wear store, book store, clothing store, convenience store, mid-level dining experience and a craft store.

Also, the report stated that 56.4 percent of the population owns a home, while 43.6 percent rents.

Ketch said the last time a downtown study was conducted was in 2005, with many of the short-term suggestions being completed.

Next year's Caribou City Council will include a new member and a longtime councilor thanks to Tuesday's election.
Pets END_OF_DOCUMENT_TOKEN_TO_BE_REPLACED

Everyone who enjoys the company of a dog knows that sometimes dogs have strange behaviors.  They may arrive in your life with the behaviors already in place, or perhaps they are adopted as a puppy and develop a behavior young.
What's Happening This Week END_OF_DOCUMENT_TOKEN_TO_BE_REPLACED