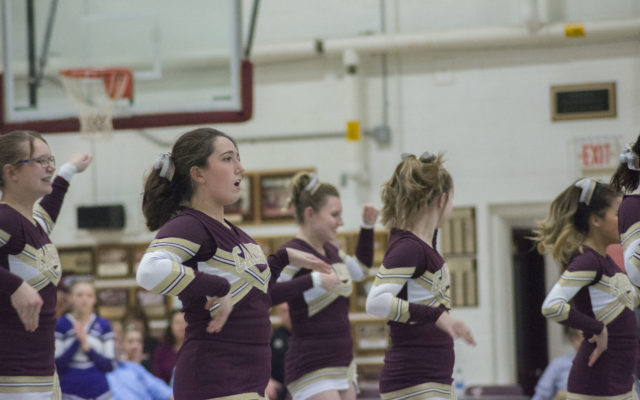 Chris Bouchard • January 14, 2020
The Caribou High School gymnasium was packed Friday as five cheerleading teams participated in the first competition of the season.

CARIBOU, Maine — The Caribou High School gymnasium was packed Friday as five cheerleading teams participated in the first competition of the season. Central Aroostook, a squad that has won six consecutive state Class D titles, came out in first place during the Aroostook League Cheering competition.

While Fort Fairfield was not able to attend the event, the Friday event also saw squads from Presque Isle, Houlton, Caribou and Southern Aroostook compete for the crown.