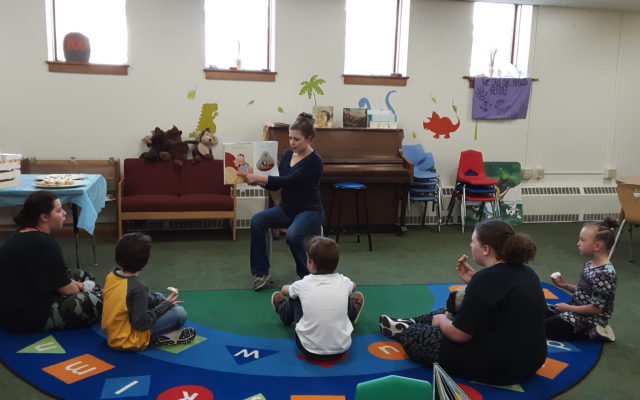 Libraries use technology to connect with community during shutdown

Melissa Lizotte • March 22, 2020
Libraries across central Aroostook County have closed their doors to the public in an effort to promote social distancing and prevent coronavirus spread. Amidst these changes, library staff members have found ways to connect with their patrons and continue offering community services.

PRESQUE ISLE and MARS HILL, Maine — Libraries across central Aroostook County have closed their doors to the public in an effort to promote social distancing and prevent coronavirus spread. Amidst these changes, library staff members have found ways to connect with their patrons and continue offering community services.

On Friday Melissa St. Pierre, children’s librarian at the Mark and Emily Turner Memorial Library in Presque Isle, launched an online storytime via the library’s Facebook page. Every Wednesday and Friday at 11 a.m., for as long as the library remains closed, St. Pierre will read a children’s picture book and invite her young viewers to take on a craft project related to the story, as they would in person at the library.

Staff members have still been coming to work and are thinking of ways to further connect with young readers in the event of a longer closure. For now the library plans to remain closed until further notice.

“We want people to know that we’re still here,” St. Pierre. “Since kids can’t come to the library right now, we thought the online storytimes would be a great way to still interact with them.”

Librarians are available to answer community members’ questions by phone or Facebook messaging.

Although the closure has left them unable to talk to patrons in person, the librarians have used this time as an opportunity to promote the library’s online services. People can access E-books and audiobooks through Axis 360 on the library’s website, as well as local historical and genealogical records.

St. Pierre noted that starting the online storytimes has inspired the library staff to utilize technology for future educational tools, even after the library re-opens.

“As a team, we’ve really come together to brainstorm how we can connect with people online,” St. Pierre said.

In Mars Hill, the Walter T.A. Hansen Memorial Library is also closed to the public but staff members have kept busy rearranging shelves and reading spaces, and taking care of projects such as back-cataloguing of books that they might have been able to finish during busier days. They have also brainstormed possible online programs, such as live storytimes, to offer community members.

Librarian Parker Smith noted that if the closure lasts longer than expected he and staff members have other ideas they’d like to explore, including a potential book delivery service and a Little Free Library.

Like many libraries, the Walter T.A. Hansen Memorial has Wi-FI service that extends into the parking lot for people to access.

“The question we’ve been asking ourselves is ‘What makes us a library?’ It’s about the different ways we can provide services to the community,” Smith said. “Things might not be happening the way we wanted them to, but it’s been a good opportunity for us to expand what we offer.”

Due to the closure, the library has postponed booking Maine authors for a planned series of in-person readings for adults and children. Just days before closing, the library hosted University of Maine lecturer and author Bruce Pratt on March 14, with attendance being expectedly lower because of coronavirus fears.

Recently the library received a grant from the Maine Humanities Council to offer a series called “Let’s Talk About It,” which invites community members to read books based on a chosen theme and take part in discussion with local community leaders.

That program has been postponed until early summer but will feature Kim Smith of the Presque Isle Historical Society discussing how mystery novels have changed throughout history.

Smith wants to encourage community members to stay positive during this time of social distancing and anticipate many new additions to the library’s programming after its re-opening, including assistance with 2020 U.S. Census self-reporting and online job searches through the program “Grow with Google.”

“When we open again for the public, expect us to open with a bang,” he said. “We have many new programs we’re excited to roll out.”

For all it does to refresh us, burn energy and keep us sharp, we all need playtime, dogs and cats included. Sharing playtime with pets has the added benefit of strengthening the bond between us, so we better understand one another.
Campaign Corner END_OF_DOCUMENT_TOKEN_TO_BE_REPLACED