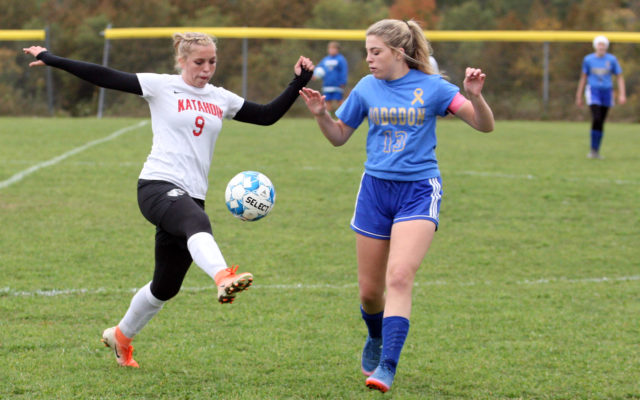 The Aroostook League approved a varsity schedule for soccer that sees most teams playing an eight-game schedule, in addition to Aroostook County playoffs.

A format featuring two divisions of high school teams has been created, with each division crowning a champion, according to Southern Aroostook Community School Athletic Director Cliff Urquhart.

Because the Maine Principals Association has instituted a maximum of 10 games for teams, Urquhart said a championship final would require a special waiver from the MPA.

“If the weather holds up, it should be a great way to end the season,” he said.

On Thursday, Rep. Harold “Trey” Stewart III, R-Presque Isle, announced he will run for a state Senate seat in the 2020 legislative election -- an important change for one of the most powerful representatives in the Maine House.
Pets END_OF_DOCUMENT_TOKEN_TO_BE_REPLACED

A facelift for the shelter

A couple of long-overdue improvements have been made recently to the outside of the Central Aroostook Humane Society building in Presque Isle.

I have a lot of friends that love dogs as much as I do. We always “dog talk” daily and laugh at the funny antics our dogs will do and the things we think our dogs would say if they could talk.