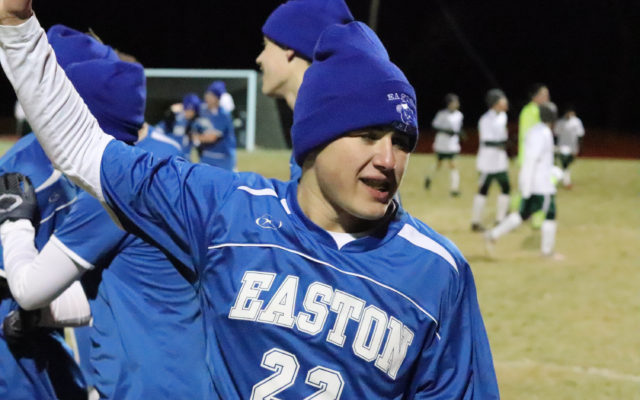 The Bears will square off against the top-ranked Van Buren Crusaders either Thursday, Nov. 5, or Friday, Nov. 6. Van Buren is also coming off an impressive victory from its semifinal, where the Crusaders defeated Southern Aroostook in a resounding 9-1 win.

Playing in crisp temperatures that more resembled winter than fall, the two squads started off the game playing into a stalemate, with neither team scoring a goal in the first 40 minutes of play. Easton however maintained a noticeable advantage with shots on goal, and would go on to have a total of 24 shots, compared to just eight total from Wisdom.

“It took awhile for us to break through,” said Easton head coach Bryan Shaw. “But we were persistent. Once we got it, we got a little momentum going.”

Sweeney managed to tack on another goal later in the second half, thus giving Easton a three-goal lead. Easton’s defense, meanwhile, pressured Wisdom throughout the game and went on to shut out the Pioneers, thus earning the Bears victory.

“Our defense did a much better job tonight keeping the ball in front of them,” said Shaw of his team’s performance. “I like the way we’re playing right now.” 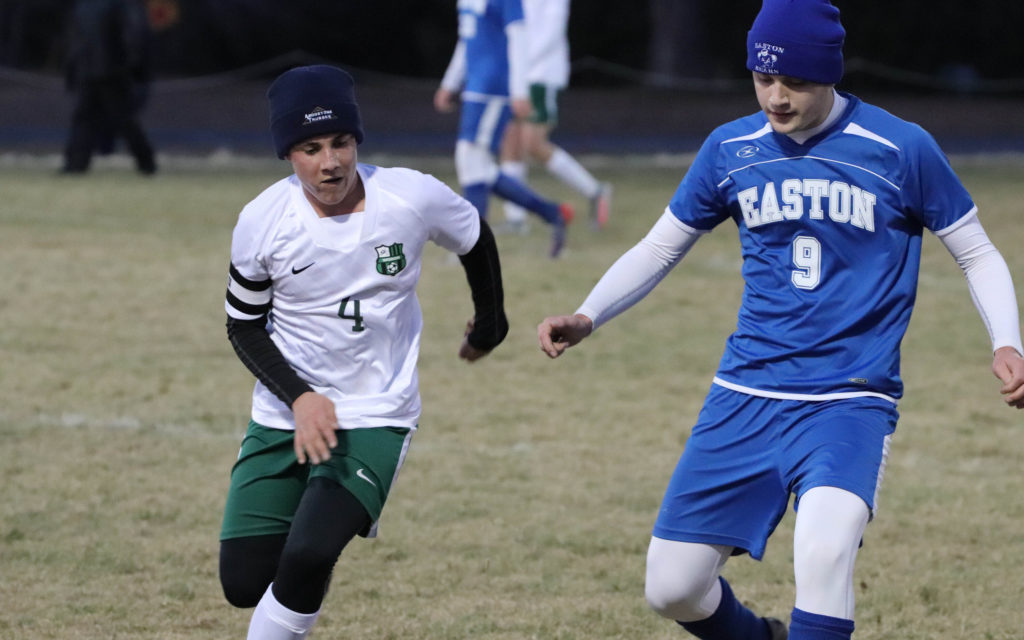 Easton’s Paul Banner and Wisdom’s Sam Roy fight for control of the ball during the semifinal matchup between the two teams. (Alexander MacDougall | Houlton Pioneer Times) 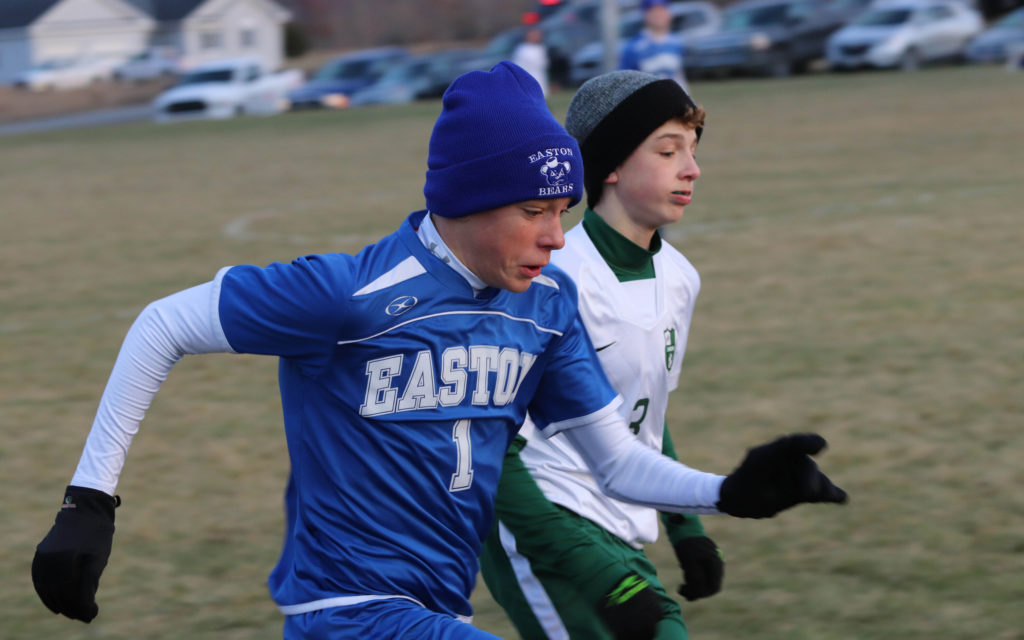 Easton’s Owen Sweeney runs with the ball while protecting it from Wisdom’s Jack Desjardins. Sweeney would go one to score two goals in the game (Alexander MacDougall | Houlton Pioneer Times)