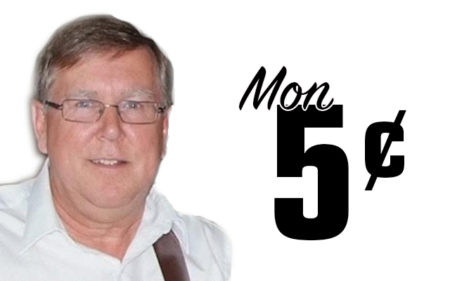 Don Levesque, Special to The County • November 5, 2020
As you probably already know, many years ago, more specifically, until 1967, most St. John Valley students were punished for speaking French on school grounds.

As you probably already know, many years ago, more specifically, until 1967, most St. John Valley students were punished for speaking French on school grounds.

They were told they spoke some sort of bastardization of a language that no one outside the Valley understood. Of course, this was a lie.

So, most of us never learned to read or write French, standard or otherwise. This column is written largely phonetically so that we, the people who were cheated by the legislature in 1918, can read it and share a laugh or two.

bafouer – tossed around (like a ship on a rough sea)

bargameaux – gum rubbers (one piece, with three eyelets at the top for laces)

bargerie – where sheep are kept

Members of the Houlton Band of Maliseets will head to the ballot box in order to determine who will be elected as their new tribal chief.
Pets END_OF_DOCUMENT_TOKEN_TO_BE_REPLACED