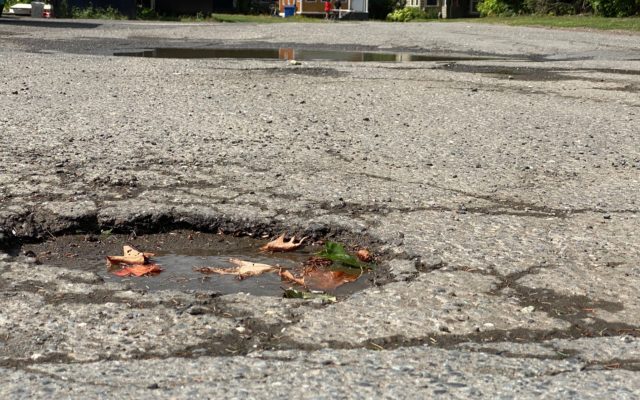 Alexander MacDougall • January 12, 2021
The Department of Public Works in Houlton plans to form a committee to address the issue of road repairs in the town. Public Works Director Chris Stewart laid out the plan at the Houlton Town Council meeting of Jan. 11.

HOULTON, Maine — The Department of Public Works in Houlton plans to form a committee to address the issue of road repairs in the town. Public Works Director Chris Stewart laid out the plan at the Houlton Town Council meeting of Jan. 11.

“The committee, to me, should be made up so that we can advise and make recommendations to the council, and maybe to the budget committee,” Stewart said. “I’m looking for a committee of five or six people to be put together and meet a few times and say ‘OK, let’s come up with something here on funding, where we need to be with funding in this coming year.’”

The town council had recently approved a $100,000 increase in funding for roads this year, for a total budget of $300,000. As with other towns in Aroostook County, Houlton’s roads are known for being in poor condition, with harsh weather often causing damage such as potholes.

The committee should be composed of around five to six members, according to Stewart, and both Stewart and Houlton Town Manager Marian Anderson stated that at least one member of the council should also serve on the committee.  Councilors Dennis Harmon and Eileen McLaughlin said they would volunteer for the position.

“I think it would be important to have one, maybe two councilors on the committee,” Anderson said.

“Marian and I have had a few talks about this so I think we can get together and try to come up with a small committee and move forward on this,” Stewart said.

Councilor Sue Tortello voiced her support for the committee, and stated that it should also look into sidewalks.

Stewart said a list of potential candidates would be brought forward at the next town council meeting.

It was a freezing day across The County, but you could hardly tell from the turnout. Even after a massive surge in absentee ballot requests across the Central Aroostook area, droves of people came out to vote in Presque Isle, Mapleton, Washburn and Fort Fairfield.
Pets END_OF_DOCUMENT_TOKEN_TO_BE_REPLACED