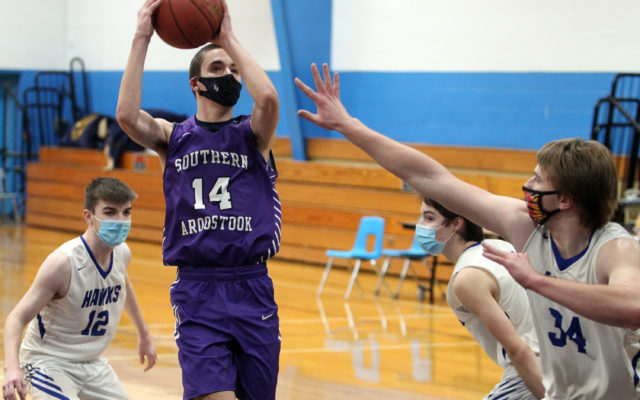 Joseph Cyr • January 12, 2021
It is official. The high school basketball season is now underway, ending months of speculation and concern that the COVID-19 pandemic would halt the popular winter sport.

HODGDON, Maine — It is official. The high school basketball season is now underway, ending months of speculation and concern that the COVID-19 pandemic would halt the popular winter sport.

In one of two games played in Aroostook County, Southern Aroostook blasted its way to a 94-47 victory over Hodgdon in the first boys contest of the season played at Hodgdon. The Easton boys took on Fort Fairfield in the night’s other contest, with Fort Fairfield picking up a 45-41 win.

The games kick off a busy week of action as Aroostook County squads prepare to face off against one another. Because of the COVID-19 restrictions, players had to wear masks and are only playing other County squads this year in a shortened 12-game season. 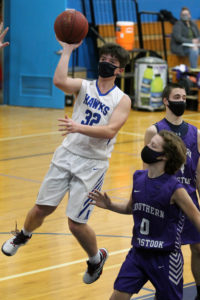 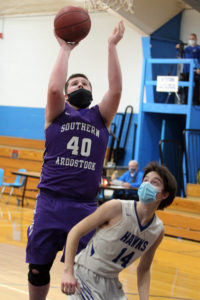 “It’s very exciting to see the guys finally out there,” Russell said. “We have already put in about six weeks of conditioning, skills and drills, but to finally be out there and executing what we practiced is great. The guys were ready to go for sure.”

The Warriors opened strong, seizing a 21-13 first quarter lead and never looked back. SA’s team pulled ahead by 20 points at the halftime break — 43-23. The third quarter, however, was when SA really came to life, as the team outscored Hodgdon 31-8 to take a commanding 74-31 advantage.

Hodgdon had its best offensive output in the final period, tallying 16 points, with nine of those coming from Duttweiler, but SA was able to keep pace with 20 points of its own.

Playing with masks was only an issue on a couple of occasions as the garments slipped down from the faces of a couple players, exposing their nose and sometimes mouth. But for the most part, the players were compliant with the new order that required them to wear masks.

“In practice I have stayed on them about the masks,” Russell said. “I have actually pushed them pretty hard. I played a little bit of one-on-one with my daughter while wearing a mask, so I know what it’s like. It’s not fun. I was out of breath, so I know how difficult it is for the guys.” 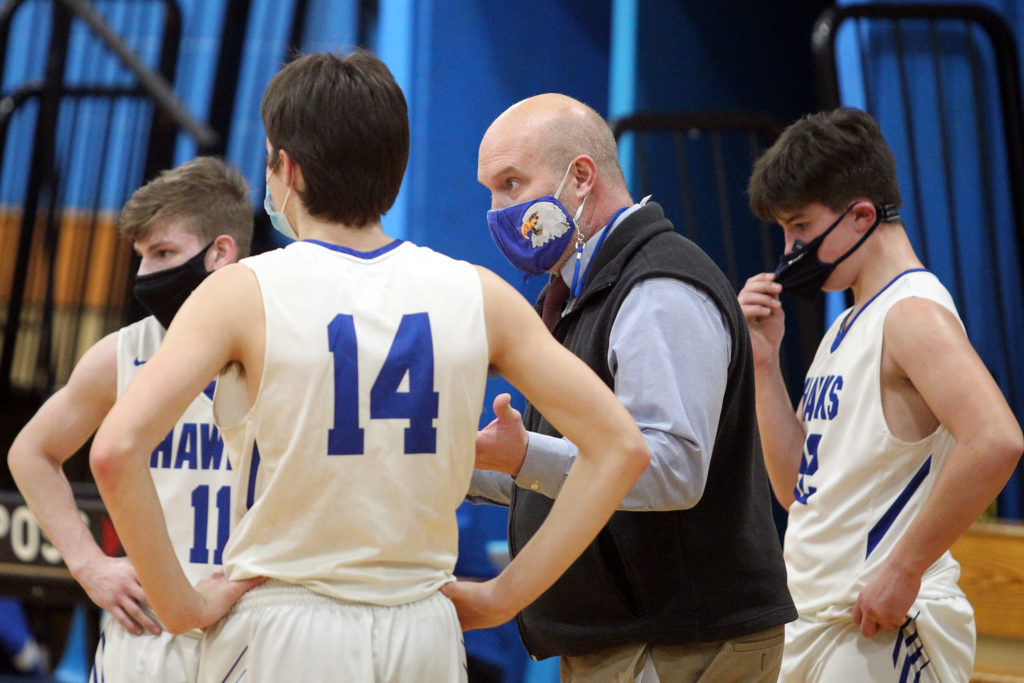 Hodgdon coach Matt Oliver goes over instructions with his team during a break in the action Monday evening. (Joseph Cyr | Houlton Pioneer Times) 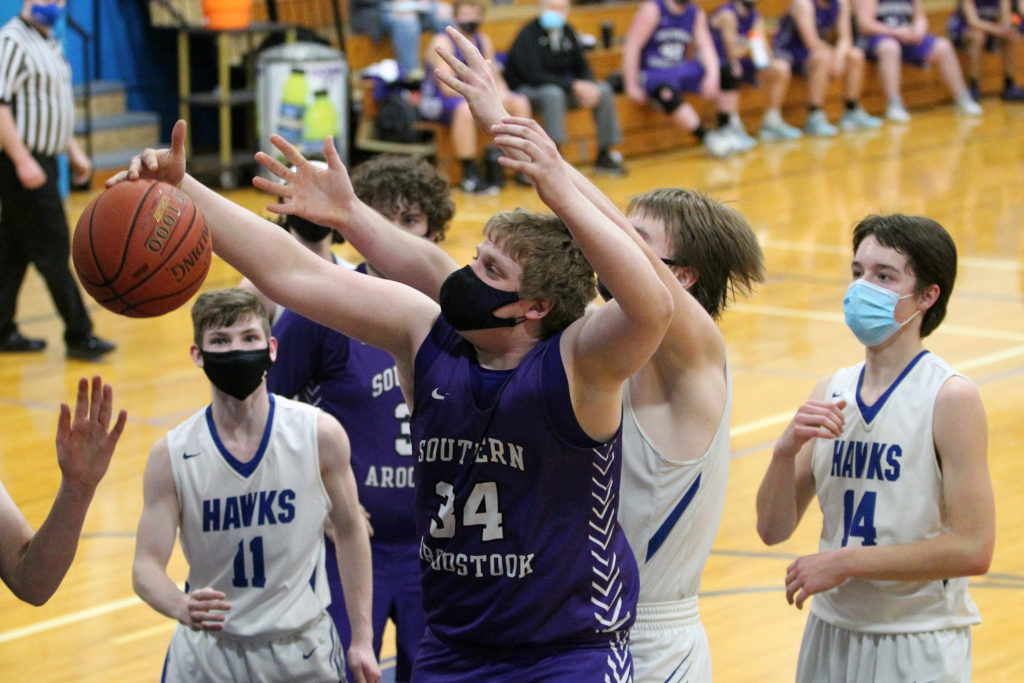