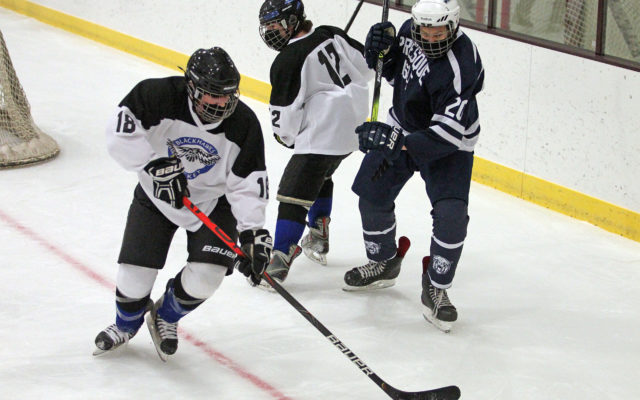 Alexander MacDougall • January 26, 2021
The John A. Millar Civic Center in Houlton will be temporarily closed for at least 10 days after it was announced that a member of the Houlton Parks and Recreation Department has tested positive for COVID-19.

HOULTON, Maine — The John A. Millar Civic Center in Houlton will be temporarily closed for at least 10 days after it was announced that a member of the Houlton Parks and Recreation Department has tested positive for COVID-19.

The announcement regarding the positive case came from Town Manager Marian Anderson during a town council meeting held on Monday, Jan. 25. She said that the other three members of the department were being tested, and that the civic center would be closed for the foreseeable future.

“We will be following all the CDC guidelines as far as notification and operations,” Anderson said. “We will be moving forward and kind of circling back to find out what exactly we need to do, so we will be closed for at least 10 days.”

For now the closure of the civic center will suspend any public skating activities, though it is unknown whether they will continue following the 10-day period. Anderson said the situation is on a “day-to-day” basis.

In a letter written by Recreation Director Marie Carmichael, the department said they had notified all individuals said to be in close contact with the person who tested positive for the virus.

“Our staff and participants have been following CDC guidelines regarding masking and distancing,” Carmichael wrote in the letter. “However, please continue to monitor yourself and your children for any symptoms of COVID-19.”

Neither Anderson nor Carmichael said which member of the department had tested positive for the virus. The move to close the center comes less than two months after the center opened for the season, with the opening also having been delayed due to a positive COVID case at Houlton Middle/High School.

According to high school hockey coach Joel Trickey, the closure will not impact the Black Hawk varsity hockey team. “We’re still going to be able to practice,” Trickey said. “Marie will open the rink for us and only us.”

The team’s only game this week was an away game, which was rescheduled due to a lack of enough players.