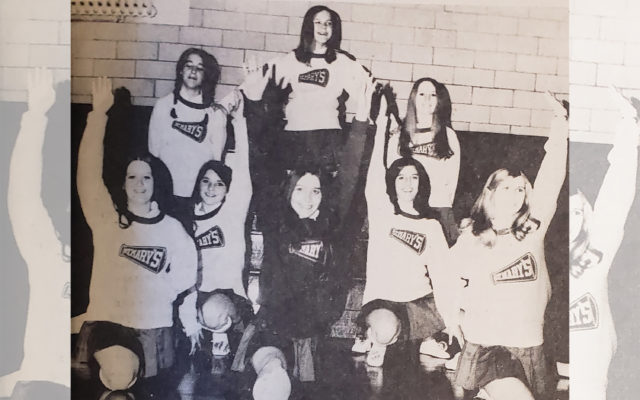 Yvonne Tardie • February 17, 2021
75 Years Ago -   Feb. 14, 1946 Generous response by local citizenry to Richard Michaud Fund drive -- The generosity of the people of Presque Isle was demonstrated in their voluntary giving to the Richard Michaud Fund during the brief subscription of funds which was launched by a large gift from the Salvation Army.

In an effort to match the $300 gift of three units of the Salvation Army, the local citizenry contributed $230. The Presque Isle Unit treasurer contributed $75 to the Fund. The local chapter set up to meet emergency needs as they arose.

Sidney Graves discharged from the service — Technical Sergeant Sidney Graves, the son of Mr. and Mrs. Harold Graves of Presque Isle, returned home after receiving his honorable discharge from the Army. Sgt. Graves, who was affiliated with the anti-aircraft division, served nearly three years in the South Pacific. His stations overseas included Guadaleanal and New Guinea.

$10,000 grant to two local campuses — The Northern Maine Vocational Technical Institute and the University of Maine at Presque Isle announced a joint venture that is unique in Maine and possibly the nation. The Aroostook County institutions were awarded a $10,000 federal planning grant to pursue a study which could eventually result in joint program efforts to reach and educate more northern Maine youth and young adults.

Perham girl named winner at WDHS — Miss Molly R. McBreairty, daughter of Mr. and Mrs. James McBreairty of Perham, a senior, was chosen as winner of the 1970 Betty Crocker Homemaker of the Year award for Washburn District High School. Molly participated in many other activities at WDHS, including four years in band, member of the yearbook staff, a member of the National Honor Society, Student Council member, junior exhibition speaker, class president for two years. All-Aroostook Band representative, Girls State representative, member of the Dramatics Club, French Club and senior play cast. She had also been the school pianist.

Central Aroostook cheerleaders fourth in state — The Central Aroostook cheerleading squad had the best finish among area schools at the state cheering finals ending up fourth in the Class D competition. At the Bangor Auditorium in front of a crowd of approximately 4,000, the Panthers ended up with a score of 58.67. Monmouth Academy was the winner with 75 points, followed by EM champ Joesport-Beals with 61.67. Placing third was Machias with 61.33. The Class A champ was Bonny Eagle. Bucksport won in Class B and Calais in Class C. Members of the Central Aroostook squad, coached by Kathy Maynard, included co-captains, Amy Dill and Sami Pryor, as well as Tara Henderson, Lori Kingsbury, Goldie Mason, Nicole Brewer, Jamie Lovely, Holly McCartney, Jana Brewer, Tina Donahue and Michelle Kingsbury.