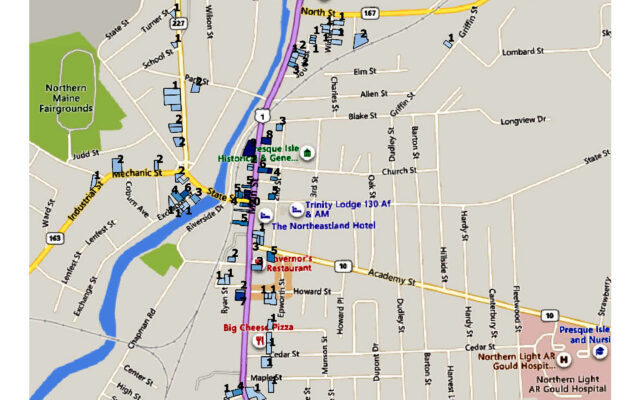 Kathleen Phalen Tomaselli • February 18, 2021
Finding a rental unit in Presque Isle can be a problem. Right now there are 150 people on the Presque Isle Housing Authority one-bedroom apartment waiting list and others moving to the area are finding rental units in short supply.

PRESQUE ISLE, Maine — Finding a rental unit in Presque Isle can be a problem. Right now there are 150 people on the Presque Isle Housing Authority one-bedroom apartment waiting list and others moving to the area are finding rental units in short supply.

“We’ve known about the housing shortage for a while,” City Manager Martin Puckett said. “People are moving to the area and they have been struggling to find a place and we want people to reside in Presque Isle.”

But because city leaders did not have a thorough understanding of the rental situation, they formed, last fall, the Presque Isle Rental Housing Working Group, tasked with exploring city rentals from various perspectives.

“The city didn’t have an accurate picture,” said Galen Weibley, city director of economic and community development, who is assisting the working group in developing a draft plan for city leaders to examine. “We are really looking at rental housing in a holistic way.”

Weibley explained that the effort includes educating landlords and tenants about available programs with the state and rentals laws and rules, developing a rental registration application to get an accurate accounting of the number of rental units, improving resident health and safety through regular rental inspections and to see how improvements could tie into the city’s revitalization initiative.

“I’m happy they’ve agreed to do this. It is a good working group,” Puckett said. ”And what’s nice, we are hearing different perspectives … we hope the working group will offer recommendations.”

And as the rental housing conversation continues among the group, a number of surprises have emerged, Weibley said.

“We are educating ourselves about what is good for the landlord and good for the tenant,” Weibly said. “It’s been a very good conversation and we are encouraged. We didn’t realize the amount of state programs available to help with revitalization.”

Pointing to several state grant programs, Weibley said there is one offered by Maine Housing that gives first-time home buyers a chance to renovate a multi-rental unit as long as the  landlord lives in the unit as well.

Jennifer Sweetser, executive director of the Presque Isle Housing Authority, who is a member of the working group, said she is encouraged by the city’s interest in this issue.

“I’m really excited the city is taking an interest in trying to define these issues,” she said. “It’s exciting they are moving in this direction.”

Sweetser explained that many people with Section 8 housing vouchers cannot find a rental unit because the units do not pass inspections.

“We have old housing stock and there has been no new development since the 1980s,” she said, adding that part of the problem is there is a lack of housing developers in the area.

Additionally, health and safety inspections will be part of the rental initiative.

“The registration application is in draft form right now,” Weibley said. “The application is free. This is not a money making endeavor. The inspections are a safety initiative. We have a checklist: is the trash taken care of and how, are windows broken, safe stairways, egress.”

The working group’s efforts are ongoing and Weibley said he hopes to have a draft plan to the city council by early summer.