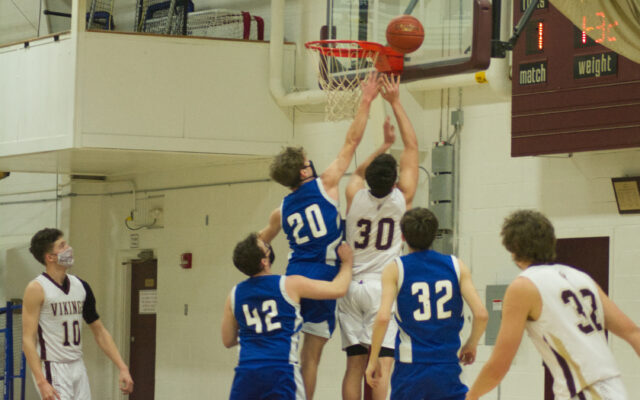 With the victory, the Vikings improved to 14-0 overall and will now play the Division II titlist, Southern Aroostook (11-4), Thursday at 6 p.m. to determine an Aroostook County champion. That game will be played at Caribou High School.

Caribou Coach Kyle Corrigan said he was happy with the game, and commended Central Aroostook for playing a good game.

“They scored the ball pretty well tonight with 55 points,” Corrigan said. “I think our defense really stepped up at a few points in the game where it allowed us to go on some bigger runs, and that made the difference in this game, we were able to go on a few of our big runs.”

Central Aroostook coach Jason Woodworth said that while they would’ve liked to give Caribou a better game, they feel it was a nice accomplishment to get so far.

“I don’t think we would’ve dreamed that we would be here a couple weeks ago,” he said after the game. “Caribou is in a class of their own. I don’t think there’s anybody up here that really challenges them, which is unfortunate for them. They (would have) made a good run at a Class B title again this year. It’s easy to see that they work hard and play well together. They deserve everything they get, that’s for sure.”

Top scorers on the Central Aroostook team were Cody McCrum with 12 points, Lucas Haines with 11, and Josh Thomas with 10.

Overall, both Corrigan and Woodworth said that while this season was far from normal, with COVID-19 regulations in place requiring masks to be worn by players and fans unable to watch, they were thankful to have an opportunity to play this year.

“We would’ve liked to have more time, and to have had a regular season, but it is what it is,” Woodworth said. “My kids were fantastic; they never asked ‘Why?’ or ‘How come?’, they just came to the gym. They wanted to play basketball so bad, and it was evident. That’s some of the reason we got to where we are, because they just wanted to be in the gym so bad.”

Corrigan said that while he misses the way it used to be, it was absolutely better than not having a season at all. Like Central Aroostook, he said everyone on the team was just excited to play basketball, and never once complained about masks or any of the changes brought on amid the pandemic.

“They’re excited, but I think they’re sad too,” Corrigan said. “After our last two years we were able to go down and compete in the state championship, where we were double overtime both times, and able to get two gold balls coming back here. But now, to have a season where we don’t even get a chance to play in Bangor again, it’s tough. I think they’re a little sad about that, but the Aroostook League has done a really good job of giving us an opportunity as a county to compete for something.”

Without the Aroostook League, he said they wouldn’t have had the opportunity to play, and added that he was especially thankful for their help.

“I’m thankful for all the officials who signed up to do this during COVID,” Corrigan said. “I know it’s not easy on them to wear a mask and keep up with the high school players. The Aroostook League and their officials really made this happen, and I’d like to thank the schools in the county as well for coming together and figuring out a way.” 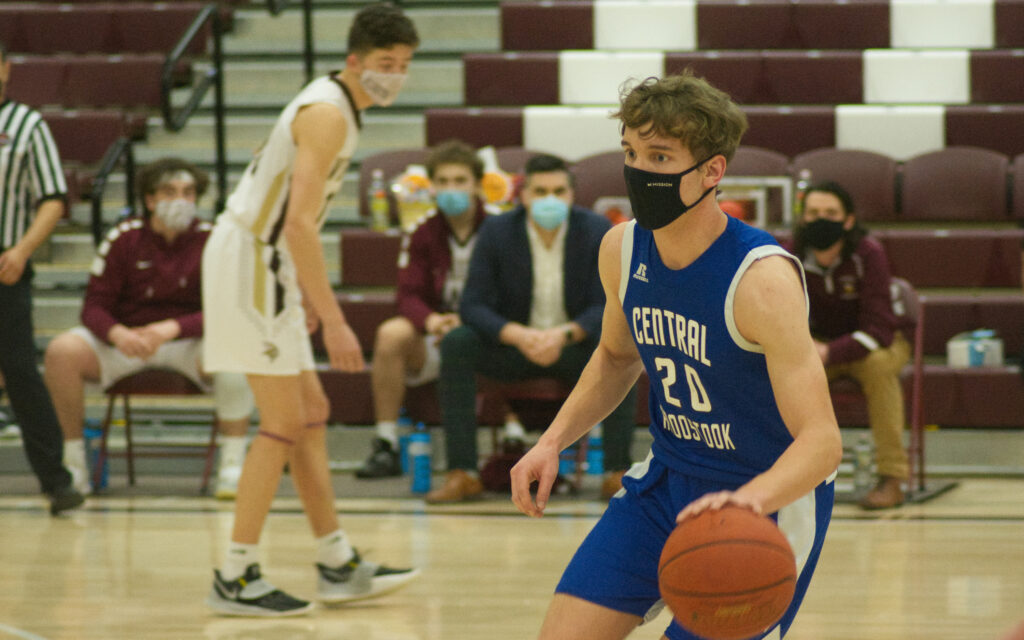 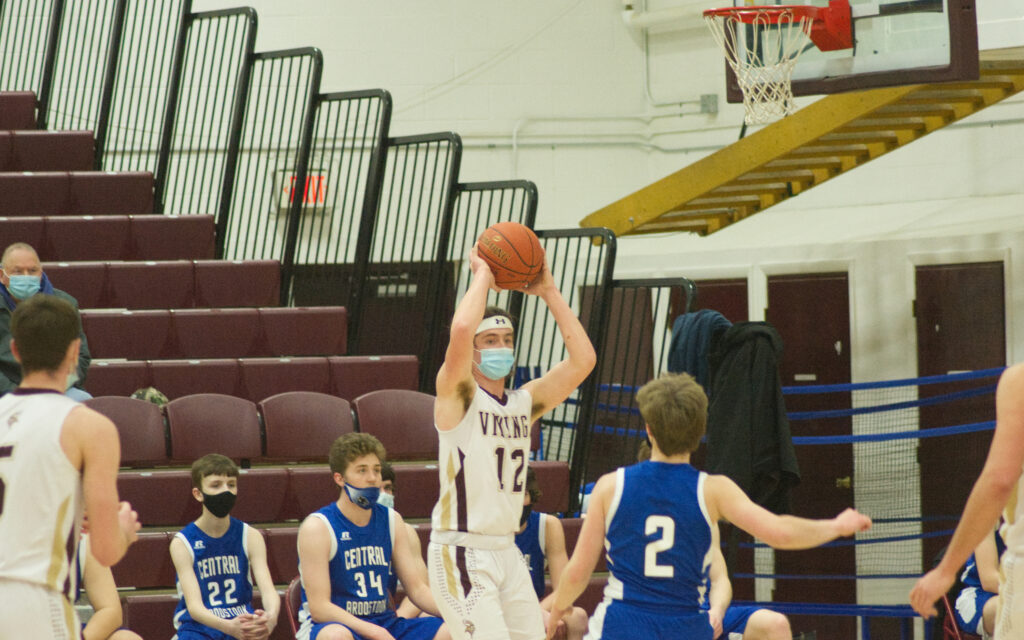 Riley Bouchard of the Caribou Vikings goes to pass the ball during a March 9 game against the Central Aroostook Panthers. (Chris Bouchard | Aroostook Republican & News) 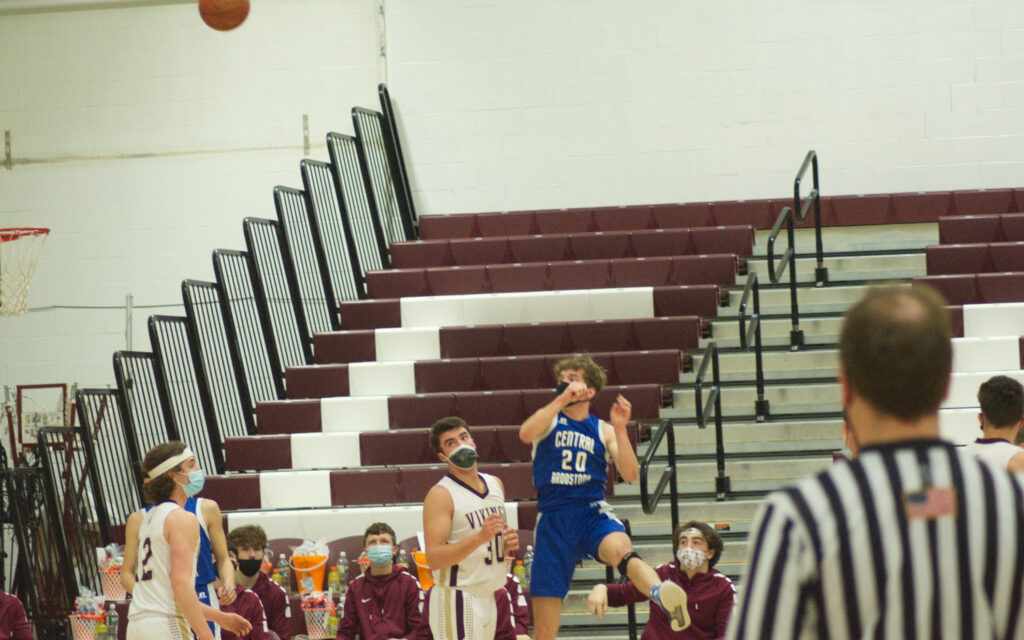 Stetson Nicholas of the Central Aroostook Panthers takes a shot during a March 9 game against the Caribou Vikings. (Chris Bouchard | Aroostook Republican & News)