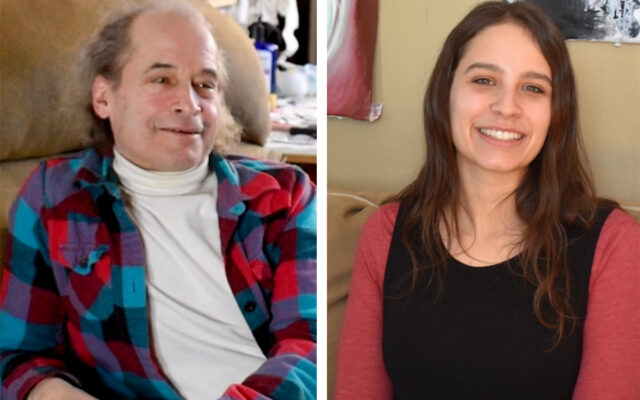 Melissa Lizotte • March 25, 2021
Ever since art galleries in Maine closed to the public in response to the COVID-19 pandemic, artists with County roots have used nontraditional avenues to showcase their work and connect with fellow artists.

PRESQUE ISLE, Maine — Ever since art galleries in Maine closed to the public in response to the COVID-19 pandemic, artists with County roots have used nontraditional avenues to showcase their work and connect with fellow artists.

Presque Isle native Daniel Sipe, who now lives in Norway in western Maine, recently launched a new online gallery, Lights Out, with co-founders Reed McLean of Norway and Karle Woods of Belfast. Through the Lights Out Facebook and Instagram pages, YouTube channel and soon to be launched website, they hope to create virtual platforms for artists throughout Maine to post photographs of their work and connect with each other.

Lights Out initially launched as a pop-up gallery in Portland but canceled their exhibitions after the pandemic began. As Sipe and his colleagues realized that artists were losing chances to display and talk about their work in a public setting, they decided to help keep Maine’s art scene alive.

“Galleries have always been important for artists to develop successful careers,” Sipe said. “Nothing can replace those experiences, but if we can do something to compensate for that loss that’s what we hope to do [with Lights Out].” 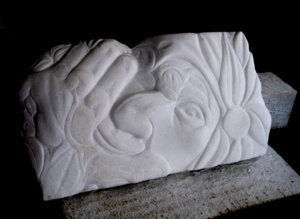 “The Answer” is one of many marble sculptures from Presque Isle artist Raphael Gribetz featured on Lights Out, a new online art gallery. (Courtesy of Daniel Sipe) 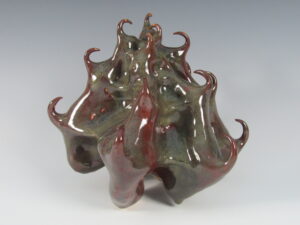 “Tact” is one of many ceramic sculptures by Brianna Gerrish featured on Lights Out, a new online art gallery that spotlights Maine artists. (Courtesy of Daniel Sipe)

Every week since February 2020 Lights Out has showcased one artist with photos of their work and a short video of the artist explaining their process and inspiration. Thus far eight artists have been featured, including Brianna Gerrish of Caribou and Raphael Gribetz of Presque Isle.

Gerrish earned a degree in fine art from the University of Maine at Presque Isle in 2020. Since her college days, Gerrish has focused on abstract clay and ceramic sculptures inspired by the changing seasonal landscapes of rural northern Maine and the emotions that such changes bring about in people.

While Aroostook County brings about much artistic inspiration, living in a geographically isolated region has made it more difficult to connect with artists across the state, Gerrish said. But Lights Out allowed her to invite people into her home virtually and to see what other artists have been creating.

“I love that there have been artists featured who are at different stages in their careers,” Gerrish said. “It’s been exciting to see those different perspectives and how we’ve all learned from each other.” 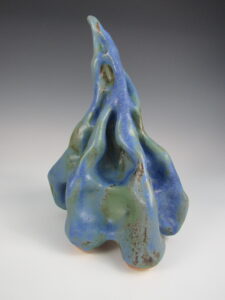 “Alluvialisme,” a clay sculpture by Brianna Gerrish, was recently featured on the online art gallery Lights Out along with other work from Gerrish. (Courtesy of Daniel Sipe) 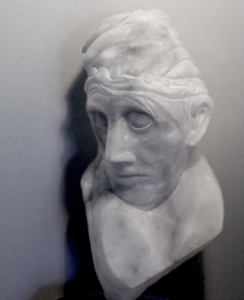 “The Sleeping Baker” is one of many sculptures from Raphael Gribetz featured on the new online art gallery Lights Out, showcasing Maine artists. (Courtesy of Daniel Sipe)

Gribetz is among the more experienced artists featured on Lights Out. A New York City native, Gribetz has lived in Presque Isle since the 1980s and is most known for creating the wooden crucifix at St. Mary’s Catholic Church. During his Lights Out interview, he spoke about how his ceramic, alabaster and marble sculptures often combine influences from nature and his Jewish faith.

The interview reconnected Gribetz with Sipe, who lived near Gribetz’s home while growing up in Presque Isle. Sipe remembers seeing Gribetz work on sculptures as he walked past his house, and now appreciates the wisdom his former neighbor shared during their recent conversation.

“One part [of the interview] that stands out the most is when he talks about being kind to ourselves. You can tell that’s something he’s really working on as an artist and a person,” Sipe said.

Gribetz praised the finished interview and the opportunities that Lights Out has provided for artists at various stages in their careers.

“I admire their determination and honesty as artists. It’s fascinating to watch them articulate their journeys and the compassion they have for their work,” Gribetz said.