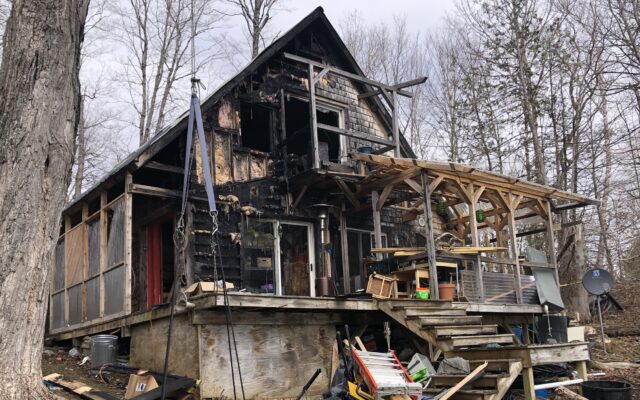 Alexander MacDougall • April 2, 2021
A fire broke out late in the evening of April 1 at a house located on Hammond Lake in Littleton, with an errant fireworks being the cause of the blaze.

LITTLETON, Maine — A fire broke out late in the evening of April 1 at a house located on Hammond Lake in Littleton, with an errant fireworks being the cause of the blaze.

The Littleton Fire Department received a call at 8:33 p.m. to the address at 98 Hammond Lake, the home of David and Danielle Carter. The cause of the fire was from fireworks, according to Littleton Fire Chief Dwight Cowperthwaite.

“I don’t know what the technical term is, but they had thought all of them had gone off, but one hadn’t,” said Cowperthwaite. “One of [the fireworks] was left on the porch and went off, which caused the fire.”

Firefighters were able to bring the fire under control at around midnight and remained on the scene until 6 a.m. the next day. Littleton also received support from the Monticello Fire Department in fighting the blaze.

No injuries were reported as a result of the fire. The Carters are staying with relatives, and the Red Cross has been notified of the situation. The total damage to the home is estimated at $40,000.