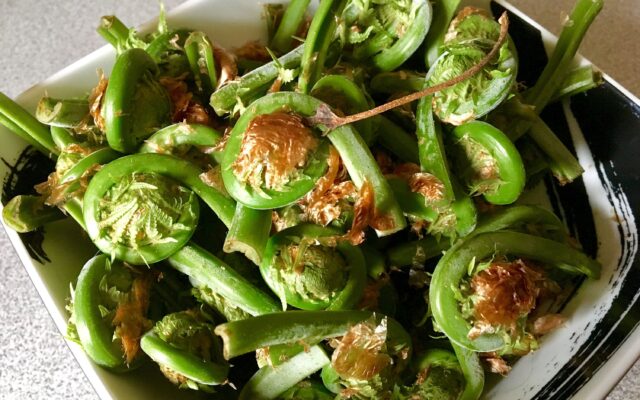 Melissa Lizotte • April 23, 2021
Springtime in Aroostook County is fiddlehead picking season, when people scour their backyards or a nearby riverside hoping to find and harvest the famous green ferns as vegetables.

PRESQUE ISLE, Maine — Springtime in Aroostook County is fiddlehead picking season, when people scour their backyards or a nearby riverside hoping to find and harvest the famous green ferns as vegetables.

Starting this year, people  from near and far will get to pick and enjoy fiddleheads with community members. The first ever County Fiddlehead Festival, hosted by the Presque Isle Downtown Revitalization Committee in partnership with community groups, will feature a daylong slate of events on Saturday, May 22.

Among the most anticipated events are a fiddlehead cooking competition, to be held at Northern Maine Community College’s Reed Dining Commons, and fiddlehead picking near the Aroostook River. 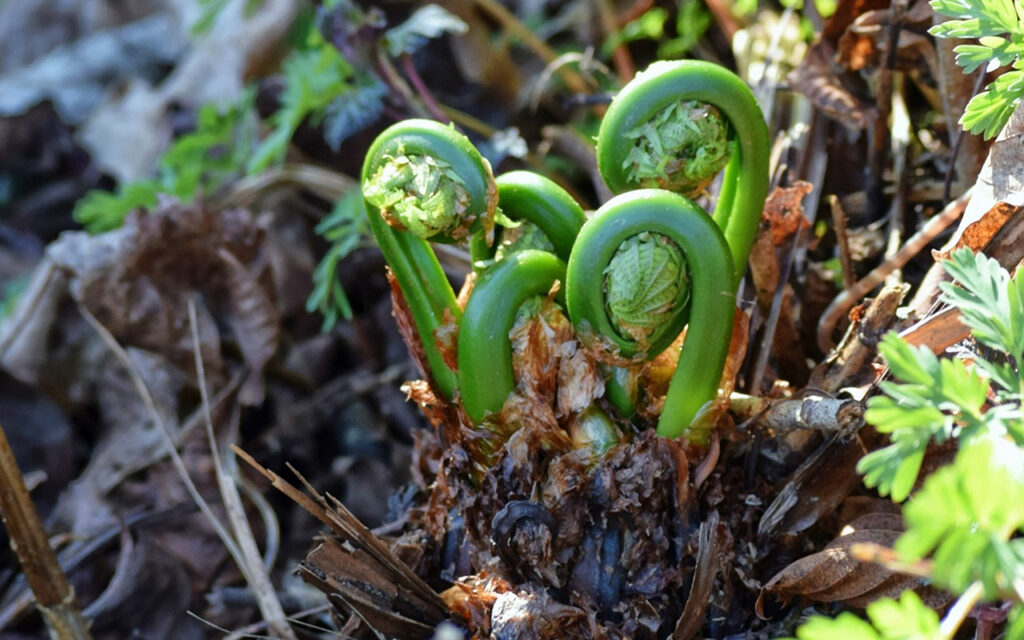 Baby ferns, known as fiddleheads, emerge in early spring. The species shown here is an ostrich fern fiddlehead, which can be eaten if cooked properly. It’s recognizable by its brown, papery casing. (Courtesy of Marcie Palmer)

All indoor components of the Fiddlehead Festival will abide by state guidelines for such gatherings, noted Jordyn Madore, chairperson of the promotions committee for Downtown Revitalization. This means that only a select number of people can watch the cooking competition inside Reed Dining Commons, while others can view the activities from outside the lobby.

From 9 a.m. to 4 p.m., the Presque Isle Recreation Department will offer a free shuttle service to fiddlehead picking locations. Randy Martin, director of the Central Aroostook Soil and Water Conservation District, will lead the picking and offer cooking tips and stories on the history of fiddleheads as a food source in Aroostook County. 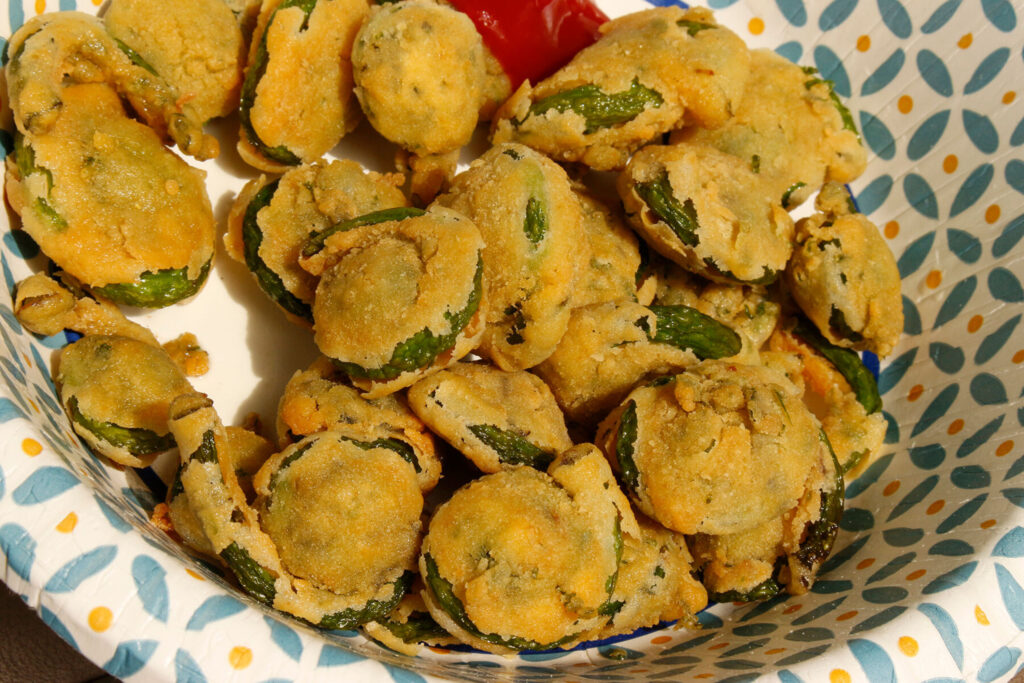 Deep fried fiddleheads, like these at the 5th annual Fiddlers and Fiddleheads Festival in Patten in 2018, are one way to enjoy the springtime ferns. (Courtesy of Rosalind Morgan)

Annual community events being held in conjunction with the festival will include the Central Aroostook Chamber of Commerce’s Spring Craft Fair at the former K-Mart store from 9 a.m. to 4 p.m,. and the Miss Northern Maine Pageant, also at the Aroostook Centre Mall, from noon to 4 p.m. The Presque Isle Farmers Market will open from 8:30 a.m. to 1 p.m. at the Riverside Pavilion.

The day will end with the kickoff of Presque Isle’s Rockin on Riverside concert series from 5 to 8 p.m. Local favorite Star City Syndicate will perform and Riverside Drive will be closed to traffic, allowing food vendors to socially distance.

Presque Isle Economic Development director Galen Weibley said that the Fiddlehead Festival came about amidst discussions on how to draw more people to Aroostook County during the late spring months. The cultural significance of fiddleheads combined with people’s urge to travel more this summer could help establish the festival as a new and popular tradition, he said.

“We really wanted to create an event that can help get people to Aroostook County during all four seasons of the year,” Weibley said. “It’s an event that showcases an important part of Aroostook’s culture and has something for everyone to enjoy.”

People who wish to sign up for the cooking competition can contact thecountyfiddleheadfestival@gmail.com or visit the Presque Isle Downtown Revitalization Facebook page for a registration form.