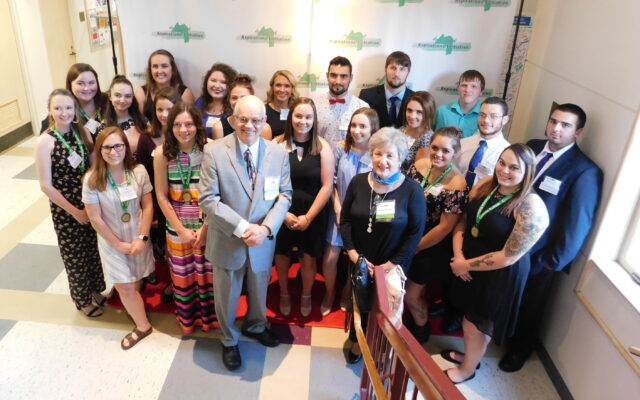 Melissa Lizotte • May 23, 2021
When Emily Driscoll graduated from Washburn District High School in 2020, she was skeptical about whether there would be enough career opportunities locally after college.

PRESQUE ISLE, Maine — When Emily Driscoll graduated from Washburn District High School in 2020, she was skeptical about whether there would be enough career opportunities locally after college.

One year later, Driscoll has begun a full-time position at MMG Insurance as a claims representative and will continue working for the company as she earns her business administration degree from the University of Maine at Presque Isle.

“I thought I would have to move away, but during my first year at UMPI I realized that there are a lot of places I could go with my degree without leaving [Aroostook],” Driscoll said.

Driscoll is one of 82 students who have been named Gauvin Scholars, a scholarship and mentorship program of Aroostook Aspirations Initiative, since 2014.

As colleges and technical centers in The County collaborate with employers to prepare their students for high-paying local careers, Aroostook Aspirations Initiative begins mentoring its scholars before they set foot on campus.

Every spring AAI awards scholarships ranging from $2,000 to $4,000 for Gauvin Scholars, high school seniors who plan to attend Aroostook County colleges and are interested in staying in the region after graduating. In the summer before they start college, first-year Gauvin Scholars take part in the College Success Program, which brings them to a local campus and teaches them about time management, financial literacy and other skills necessary for successful college careers.

During the summer prior to their second year of college, Gauvin Scholars take part in the Career Readiness Program. That program, noted AAI co-founder Sandy Gauvin, introduces students to County business leaders and allows them opportunities to network, take part in mock interviews and begin writing their resumes. 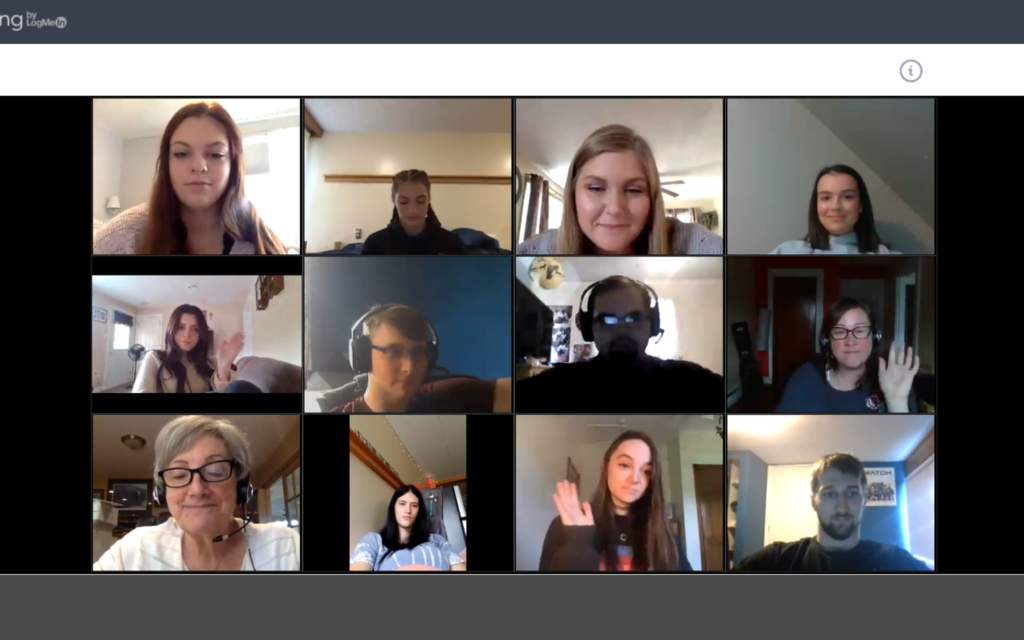 AAI’s efforts have thus far led to significant success in decreasing out-migration rates of Gauvin Scholars. According to the organization’s most recent impact statement, published in 2019, 93 percent of all Gauvin Scholars were living and working in Aroostook after their college years. The overall college graduation rate for Gauvin Scholars is 94 percent.

Sarah Bushey, AAI program director, noted that stories like Driscoll’s are not uncommon. Many Gauvin Scholars begin the program thinking they might move away from Aroostook, only to find their minds changed through conversations with employers.

“It’s all about saying, ‘Look at the opportunities available in your own backyard’,” Bushey said.

AAI co-founders Ray and Sandy Gauvin made it a personal mission to help County youth even before starting the nonprofit. In 1994 the couple established the Gauvin County Scholarship Fund that awarded $110,000 total to 110 students over 20 years. The Gauvins often found themselves serving as informal mentors to those students, offering guidance on how to succeed in college and beyond.

As out-migration became a more prevalent issue throughout the mid-2000s, the Gauvins realized that perhaps there needed to be more formalized efforts to help students attend Aroostook colleges and gain access to internships and jobs.

“We realized as we planned [AAI] that mentoring needed to be a huge part of it,” Sandy Gauvin said.

For many students, having a strong support system could mean the difference between staying or not staying in college.

“One student found out how expensive her textbooks were and was ready to drop out because of that,” Sandy Gauvin said. “We were able to help her find a less expensive way to get her books and she stayed in school.”

Though AAI transitioned to virtual mentorship programs after the pandemic began, Bushey and the Gauvins have continued meeting with students one-on-one to help them throughout their college experience. They have provided students with College Success and Career Readiness packets, which include local college and career-related resources.

As pandemic restrictions ease, AAI hopes to return to in-person programming as well as build upon current resources. They are in the process of creating an online-based career resource list for Gauvin Scholars and connecting their college juniors and seniors with community mentors from their chosen career fields.

Having continuous support from AAI mentors has been important for students like Dylan Jurson. A 2019 Hodgdon High School graduate, Jurson recently earned his cybersecurity degree from the University of Maine at Fort Kent after taking extra classes to graduate early.

Thanks to AAI, Jurson said, he obtained an internship with MMG Insurance in 2019. He has not yet found a permanent job within cybersecurity or computer science, but credits his mentors for helping him reach out to area employers.

“Prior to college, I didn’t think northern Maine would have a lot of opportunities for cybersecurity. I thought I’d have to move to southern Maine or out of state,” Jurson said. “AAI showed me what is out there. They don’t just send us resources, they really want us to succeed.”

For the first time since 2019, there is competition for open seats on the Houlton Town Council
Pets END_OF_DOCUMENT_TOKEN_TO_BE_REPLACED

We hope everyone enjoyed a wonderful holiday season and is looking forward to the new year.  December was a busy month at the Central Aroostook Humane Society with so many people and businesses bringing in much-needed supplies and monetary donations, which help us to take care of the special temporary pets in our care.
What's Happening This Week END_OF_DOCUMENT_TOKEN_TO_BE_REPLACED