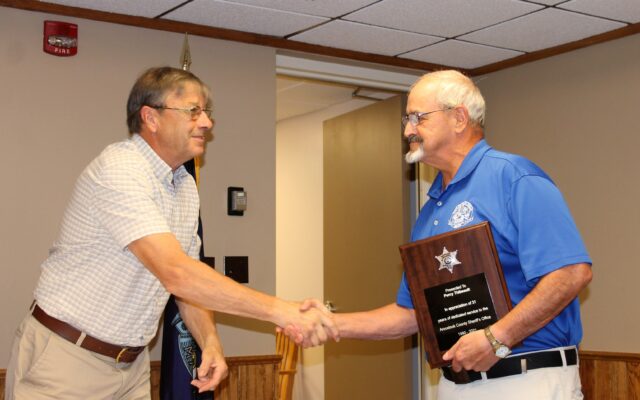 Hannah Catlin • June 17, 2021
Just a day after Piscatiquis became the first Maine county to pass a Second Amendment sanctuary, Aroostook’s Commissioners heard a resident request for the same action at their monthly meeting. They agreed to discuss the matter in-depth at their next meeting, on July 21.

CARIBOU, Maine — Just a day after Piscatiquis became the first Maine county to pass a Second Amendment sanctuary, Aroostook’s Commissioners heard a resident request for the same action at their monthly meeting. They agreed to discuss the matter in-depth at their next meeting, on July 21.

John DeVeau of Caribou addressed the commissioners during the public comment period on June 16, specifically drawing their attention to a clause of the Piscataquis resolution that recognizes the discretion of the sheriff’s office to refuse to enforce gun laws they interpret as being unconstitutional.

“Even though there are naysayers who say that this does nothing, this actually provides each of the communities that the sheriff provides services in… saying we support you in your decision, because it is their decision to follow what they believe is the correct reading of the Constitution,” DeVeau said. 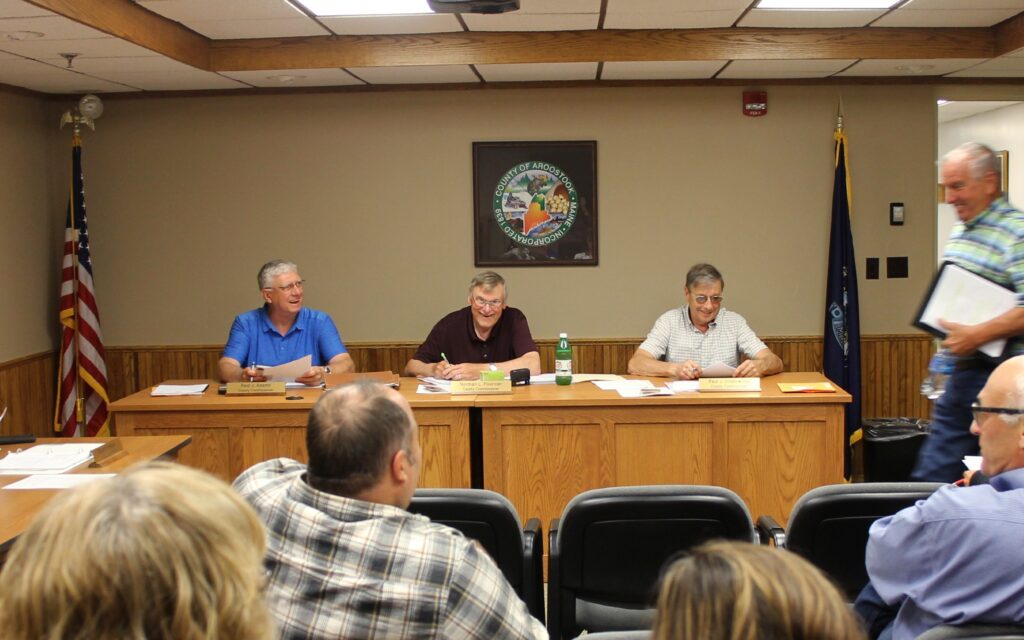 Aroostook County Sheriff Shawn Gillen, who did not attend the meeting, said he was not aware DeVeau was bringing the request to the commissioners on Wednesday, and felt he needed more time to review the information before making a recommendation either way. Chair of the Piscatisquis CommissionersJim White has said that despite the language, the resolution in Piscatiquis was primarily symbolic.

Six Aroostook towns have already passed similar resolutions, though their enforceability remains in question. The movement gained momentum statewide in January, when Fort Fairfield became the second Maine town and first one in Aroostook to adopt such a resolution, setting off a chain of identical declarations from other rural municipalities in the weeks that followed.

In other business, Chief Deputy Craig Holder, from the Aroostook County Sheriff’s Office, presented a plaque to Deputy Sheriff Percy Thibeault, who is retiring after 31 years of law enforcement service.

Commissioners also heard a request for funding for new behavioral health services at the Aroostook County Jail from the Aroostook Mental Health Committee. The request for $52,000, presented by AMHC Director of Behavioral Health & Integration Services Lorraine Chamberlain, would primarily go to upgrading the staff to be able to provide psychiatric consultation and evaluation for inmates who are in crisis.

Right now, the primary response to a person in the jail experiencing symptoms of psychosis is isolation, a method which Chamberlain said is damaging to the patient and taxing on the jail’s resources.

A similar program at the Penobscot County Jail, which has been running for a couple of years, has produced promising results in terms of limiting the number of people re-incarcerated at the jail, and preventing instances of violences that may have otherwise been side effects of a mental health crisis.

The commissioners approved County Administrator Ryan Pelletier to further investigate the AMHC proposal, and to negotiate the costs and potential implementation with AMHC and jail staff. This matter was also put on the July meeting agenda.

In another matter of business, commissioners approved Pelletier to begin a job-creation process — drafting a job description and beginning to consider candidates — for a position to manage money coming into the county through the American Rescue Fund.

Aroostook County stands to receive millions, Pelletier said, and the manager would be responsible for tracking those finances and reporting the use of money from the fund — which in reality is a collection of different funding streams that carry different restrictions.

Members of the Houlton Band of Maliseets will head to the ballot box in order to determine who will be elected as their new tribal chief.
Pets END_OF_DOCUMENT_TOKEN_TO_BE_REPLACED

Now that summer is officially here and the weather is warming up, many pet owners will be heading to their back yard pools, the lakes or maybe to the Maine coast to enjoy a vacation.

Lovable, affectionate, goofy, loyal -- these are just a few of the awesome things that come standard with a pit bull. I have always said, “There is no such thing as a bad dog, only bad owners.”