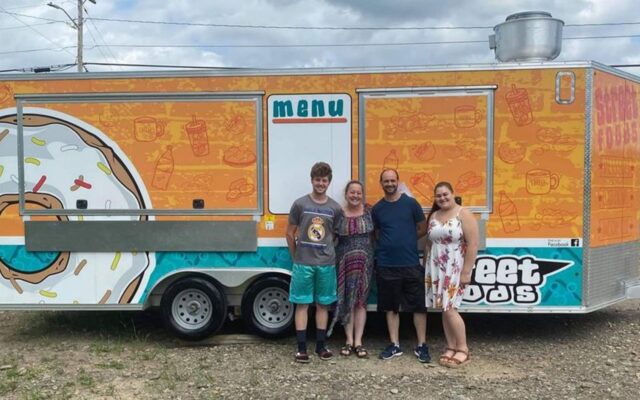 Rusty Crab back in business two weeks after burning down

Alexander MacDougall • July 15, 2021
Only two weeks after losing their original food stand to a fire, the Rusty Crab is back in business serving the full selection of its menu, such as whole clams, haddock nuggets and lobster rolls.

MARS HILL, Maine — Only two weeks after losing their original food stand to a fire, the Rusty Crab is back in business serving the full selection of its menu, such as whole clams, haddock nuggets and lobster rolls.

Rusty Johnston, the owner of the popular seafood stand, was able to reopen after acquiring a new trailer from the Pangburn family in Easton. He said the stand will be up and running on July 23.

“We searched all over The County, and just like everything right now because of COVID they were few and far between,” Johnston said. “As luck would have it, we found one that was a little out of our price range, but thankfully we were able to work out a deal.”

The new trailer that will become Rusty Crab was formerly used to house a stand called Sweet Emotion, which sold doughnuts and other products. After Johnston installs an additional fryer, the new stand will have twice as many fryers as the original Rusty Crab, allowing for greater efficiency in producing its signature food products.

“We actually doubled our square footage, so the opportunity for new menu items is endless,” Johnston said.

Other local food businesses in Aroostook, such as Burger Boy in Caribou and TNT Takeout in Houlton, held fundraisers to support Johnston and his family while they searched for a new trailer.

With the new trailer having passed inspection, the Rusty Crab have joined in the festivities for the Maine Potato Blossom Festival, serving as one of its vendors. Johnston also said he has purchased property to eventually build a brick-and-mortar restaurant, which will serve food year-round.

“We just officially signed the paperwork and now own the property at 40 and 48 Main St. [in] Mars Hill,” Johnston said. “[We] will be soon starting demolition of both buildings then begin construction on a 74-seat establishment with a small bar, dairy bar, pizza, breakfast and many other new items.”

Members of the Houlton Band of Maliseets will head to the ballot box in order to determine who will be elected as their new tribal chief.
Pets END_OF_DOCUMENT_TOKEN_TO_BE_REPLACED