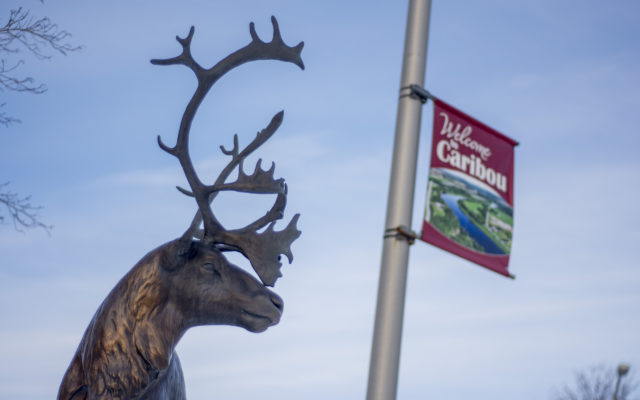 Hannah Catlin • August 13, 2021
The city of Caribou is funding an engineering study in its Business Investment Group’s years-long effort to bring broadband to every building in the city.

CARIBOU, Maine — The city of Caribou is funding an engineering study in its Business Investment Group’s years-long effort to bring broadband to every building in the city.

The project will examine the costs and potential strategies for rewiring the city with “dark fiber,” fiber optic cable that carries internet into homes and businesses.

Caribou, like the rest of Aroostook County, is underserved by broadband infrastructure. Those who can get on the internet often report slow speeds and unreliable connections, especially in the more remote parts of the city.

At an Aug. 9 meeting, city councilors unanimously approved a $159,000 expenditure from Caribou’s American Rescue Plan funds to fund the study. The city has roughly $801,892 in total funds from this plan. The federal government has marked these funds predominantly for infrastructure projects, including broadband.

Because the state has not yet made ARP funds available to municipalities, the city council brokered a three-way deal with the Business Investment Group and the Community Economic Growth Council. The latter group, which has access to more liquid financial resources, will lend the $159,000 to the investment group, and then the city will pay the economic growth council back with ARP funds.

Rather than wait for the ARP funds to come in, the deal allows the Business Investment Group to start the project with its partner, Pioneer Broadband, much sooner. The group’s liaison at Pioneer is retiring in the coming weeks, and it wanted to do the study before then.

Pioneer Broadband will conduct the engineering study to evaluate the roughly 5,000 homes, apartments and businesses in Caribou and determine which buildings need to be wired for broadband.

The company will calculate the size and quantity of cable needed as well as specifications for the ancillary equipment: server buildings and utility poles, for example. The survey is just the first step in the process, and afterwards the city will need to secure funds for the fiber, equipment and construction itself.

Past fiber-optic projects in Caribou failed before the city council. In 2016, the council denied a proposal from a different committee for the city to own and maintain a fiber network, and to act as the internet service provider for all residents, Swanberg said. The new dark fiber project focuses on installing the infrastructure, but private internet providers like Spectrum and Verizon would be contracted to get residents online.

“This is a good thing moving forward,” Mayor Jody Smith said. “A lot of the money from the relief program is for broadband. We’re just trying to be ahead on it.”

The Business Investment Group has been working on the project for three years, but the last year has thrown the need for better internet in Caribou into sharp relief as residents began to work, attend appointments and connect with family primarily online.

“COVID has identified areas of people’s lives where there is a need for broadband today,” chairman of the Business Investment Group John Swanberg said. “That need is only going to increase each year as time goes by. If we fail as a community to get it installed for every citizen to use, and other areas of the state are successful, our community becomes less and less desirable.”

Next year's Caribou City Council will include a new member and a longtime councilor thanks to Tuesday's election.
Pets END_OF_DOCUMENT_TOKEN_TO_BE_REPLACED

I know many of you have followed DeeDee’s story. DeeDee had leukemia and was under vet care for the past few weeks. Early one recent morning, she lost her battle with leukemia.
What's Happening This Week END_OF_DOCUMENT_TOKEN_TO_BE_REPLACED