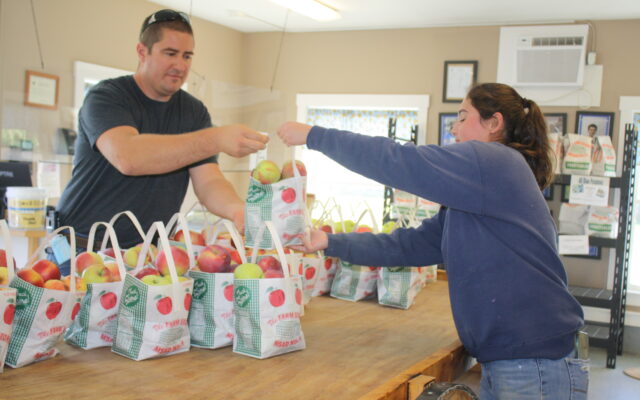 Melissa Lizotte • September 14, 2021
Though drought threatened and late summer brought warm temperatures, the 25 apple varieties at the SAD 1 School Farm are growing swiftly and showing signs of a strong yield.

PRESQUE ISLE, Maine — Though drought threatened and late summer brought warm temperatures, the 25 apple varieties at the SAD 1 School Farm are growing swiftly and showing signs of a strong yield.

Every year the School Farm grows apples on 2,900 trees spread out over 14 acres, according to farm manager John Hoffses.

Typically those apples are sold at the farm store not only fresh, but in cider and pies, and are shipped to grocery stores, restaurants and schools across Aroostook County and even as far as Skowhegan in Somerset County.

“The yield is looking a little lower than last year, but overall the crop is looking good,” Hoffses said. “We’ve been getting the right amount of rain showers at the right times.”

Thus far the apples have been growing and ripening well, Hoffess noted, with the Redfree, Ginger Gold, Paula’s Red and Williams’ Pride varieties now being sold in the farm store.

Hoffses explained that much like perennial flowers, apples tend to grow the strongest every other year, which could account for the lower yield this fall. But the crop has been free of disease so far, making the apples ideal for the close to 5,000 gallons of cider that the farm produces. 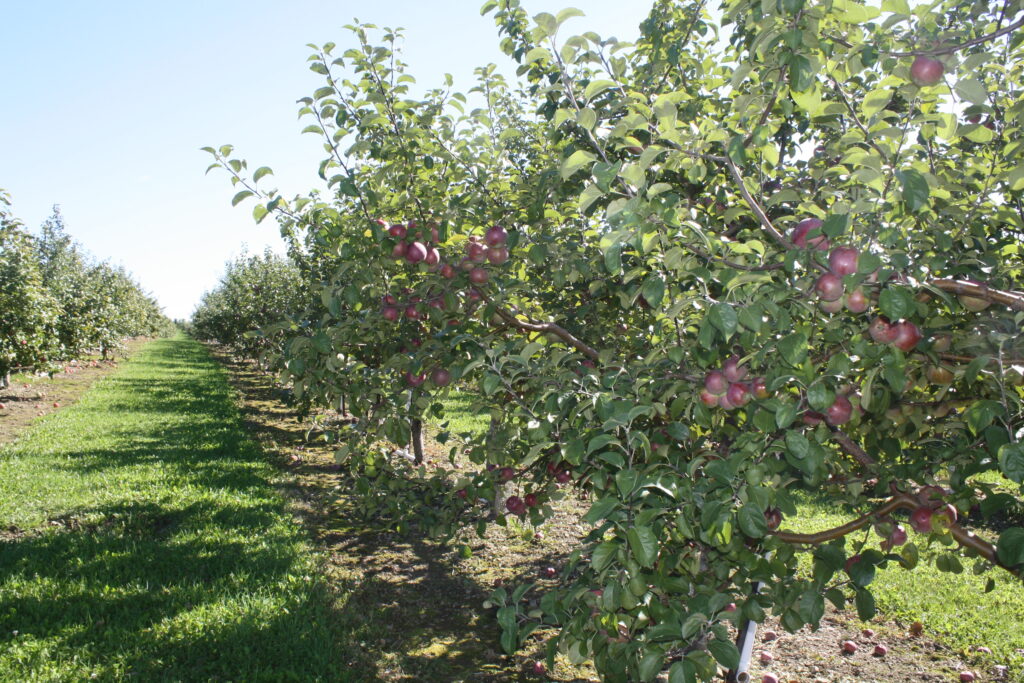 A row of macoun apple trees at the SAD 1 School Farm, part of the 25 varieties of apples growing on the farm’s 14 acres. (Melissa Lizotte | The Star Herald)

Typically the apple season runs from mid-August to November, with students and farm employees harvesting the varieties as they ripen and become ready for cider production.

“We don’t know what the exact yield will be. Only time will tell,” Hoffses said. “As long as we don’t have freezing temperatures, everything should be good.”

The farm also produces vegetables and fruits, including potatoes, cucumbers, strawberries, cherries and blueberries, as well as honey from 10 beehives. Honey has become one of the store’s most popular items, with consumers looking for honeycombs and honey to use as a cooking substitute for sugar.

With the honey season ending in late October, Hoffses said that the bees are on track to produce the typical average of 300 pounds of honey.

“We’re looking at around the same amount [of honey] as last year,” Hoffses said. “And our vegetables have been getting the right amount of rain.”

This year Hoffses is expecting 20 students from Presque Isle High School to work during the three-week harvest. They will be responsible for a variety of jobs, such as working in the store, delivering food orders and assisting with the apple harvest and cider production.

PIHS graduate and current UMPI student Kamryn Gilmore has continued working at the School Farm and said that she most looks forward to the annual apple harvest.

“When you’re part of the process, you learn how to use the equipment and how the cider and pies are made,” Gilmore said. “I love seeing people’s reactions to the [apple] varieties in the store.” 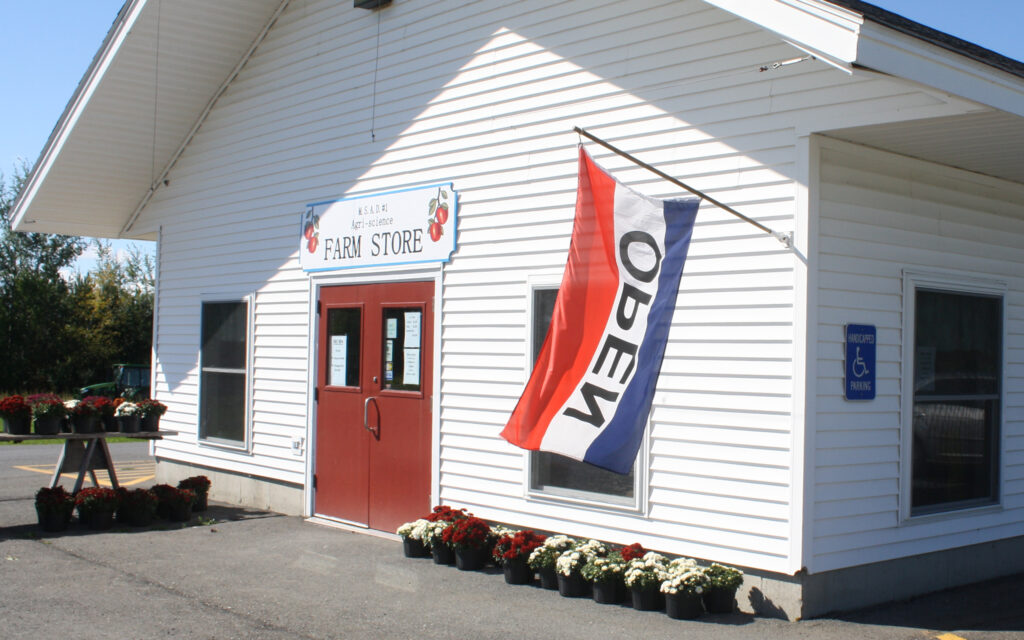 The SAD 1 School Farm Store sells apple and honey products as well as other fruits and vegetables grown on the farm grounds. (Melissa Lizotte | The Star Herald)

Members of the Houlton Band of Maliseets will head to the ballot box in order to determine who will be elected as their new tribal chief.
Pets END_OF_DOCUMENT_TOKEN_TO_BE_REPLACED