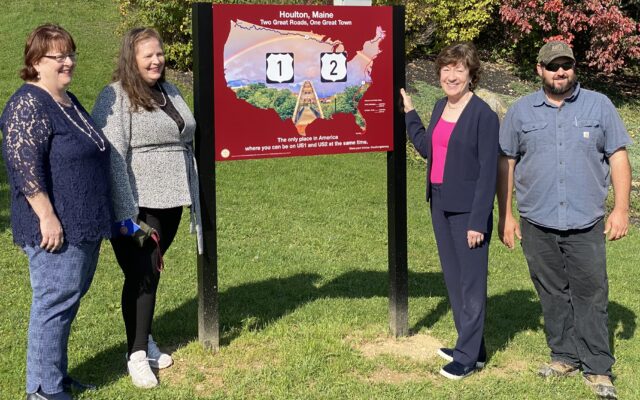 Alexander MacDougall • October 13, 2021
U.S. Sen. Susan Collins (R-Maine) made a stop in her native Aroostook County on Tuesday, as she took a walking tour of Houlton’s downtown to see the condition of its sidewalks.

HOULTON, Maine — U.S. Sen. Susan Collins (R-Maine) made a stop in her native Aroostook County on Tuesday, as she took a walking tour of Houlton’s downtown to see the condition of its sidewalks.

Sen. Collins, who is a senior member of the appropriations committee in the U.S. Senate, and who is a co-author of the Transportation Appropriation bill each year, is looking to earmark $732,000 of that money for the Walkable Houlton Project to improve the infrastructure of Houlton’s sidewalks.

The funding is in addition to a Maine Department of Transportation-led project to improve Houlton’s sidewalks, which are made of brick and have had significant damage over the past years.

“I wanted to come here in person to see the conditions such as sidewalks and other plans that Houlton has, and I am very excited about it,” Collins said. “It’s going to allow our seniors to go downtown much more easily, and not have to worry about tripping on uneven sidewalks. I thought that Houlton had one of the most beautiful downtowns in Market Square, and this will allow more people to be able to walk all around.”

The project is looking to complement the $400,000 grant the town had received from the Maine DOT in 2016 to improve the brick sidewalks. The plan calls for the bricks to be replaced with stamped asphalt, to give the same scenic appearance without underlying structural issues resulting from laying individual bricks. 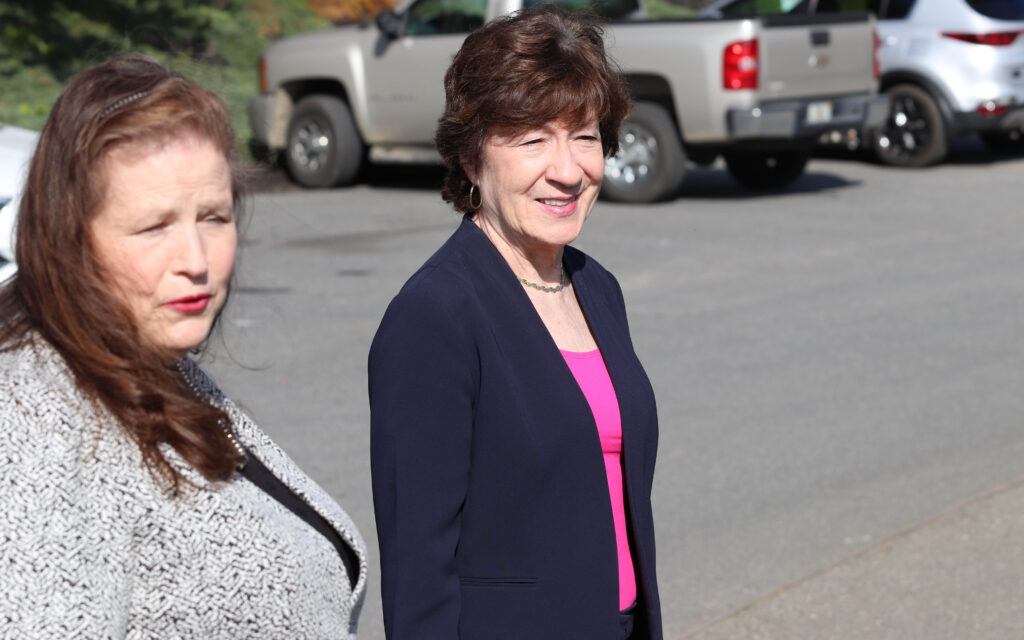 HOULTON, Maine — October 13, 2021 — Susan Collins (right) walks with the town of Houlton’s community development director Nancy Ketch as part of a walking tour of Houlton as she looks to secure funding for the town’s sidewalks. (Alexander MacDougall | Houlton Pioneer Times)

Collins was accompanied on her tour by town officials such as Nancy Ketch, the community development director for Houlton, and Town Manager Marian Anderson. Following the tour, Collins stopped outside of Market Pizza to take questions from the press.

In addition to the Houlton project, Collins visited the town of Washburn on Wednesday as part of another earmark request for $750,000 to go toward the construction of a new facility for the town’s police and fire safety departments.

Though Collins is hoping to use the earmarks to improve Washburn’s and Houlton’s infrastructure, she along with the rest of the Republican Party are staunchly opposed to President Joe Biden’s proposed $3.5 trillion infrastructure plan.

Collins has supported a more moderate, $1.1 trillion plan, but that doesn’t include funding for things like universal Pre-K, which could help solve the issues many child-care centers are facing in Aroostook.

Asked about the infrastructure bill, Collins defended her stance.

“There are some worthwhile programs in the president’s proposal, but the problem is that many of them are not means tested, and that includes some of the child care provisions” Collins said. “I think we need to give help to people who need it. I also think we need to make sure we don’t do away with all the work requirements, and that’s what the president wants to do.”

Members of the Houlton Band of Maliseets will head to the ballot box in order to determine who will be elected as their new tribal chief.
Pets END_OF_DOCUMENT_TOKEN_TO_BE_REPLACED