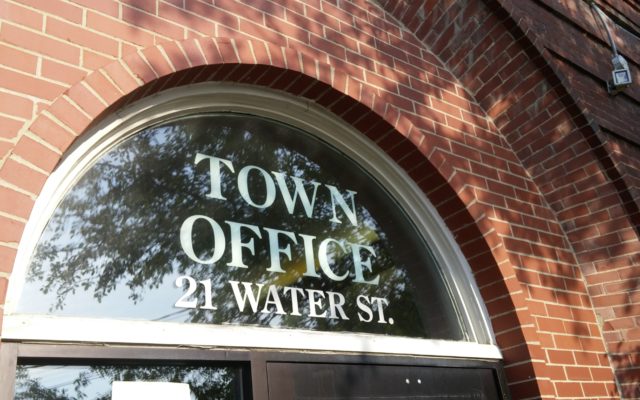 Joseph Cyr • October 26, 2021
For the first time since 2019, there is competition for open seats on the Houlton Town Council

HOULTON, Maine — For the first time since 2019, there is competition for open seats on the Houlton Town Council.

Three people — Edward Lake, Joshua Bennett and Christian (Chris) Robinson — are looking to fill two seats on the board for three-year terms. Lake and Robinson are serving on the board. Only Lake’s name will appear on the ballot because Bennett and Robinson did not return nomination papers in time. Those two candidates are running as officially declared write-ins.

Mark Horvath and James Peters are seeking to fill two available two-year positions on the board, which came about through resignations. Horvath is serving on the council after being appointed by the group to fill the vacancy created when Nate Bodenstab resigned earlier in the year.

Peters is also running as a write-in candidate.

The second, two-year position became available when former councilor Bill McCluskey moved outside of Houlton and was required to step down.

Houlton has a term limit policy that does not allow council members to serve more than two consecutive full three-year terms. After two full years out of office, a former council member may seek re-election.

The following questions were posed to all of the candidates. Attempts to contact Peters for this article were not successful.

What other political offices have you held? If none, what other offices, honors or titles have you earned? 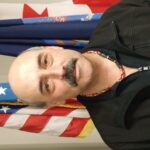 Robinson: I previously served as selectman and school board member for Topsfield. I currently serve on the Houlton Town Council as its chairman. I also am the Founder of Maine nonprofit Wilderness Walk for Warriors, an organization I formed in 2014. The organization does many events and fundraising giving any monies earned back to veterans/service members and/or their families. 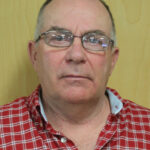 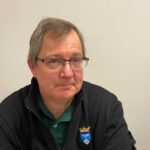 Horvath: I haven’t held political office before, but I have been on various boards of directors: Snowy River, FireStar and CertCo LLC. I was also an executive director at Morgan Stanley.

Bennett: I have not held any political offices.

What is your career background?

Robinson: My career primarily has been in the auto industry management field. I am the sales manager at the GM dealership in Presque Isle.

Lake: I was an owner-operator truck driver for E and J Trans for 30 years.

Horvath: Academically, I have various degrees in physics and astronomy from Penn State and the University of Massachusetts, but never went into it as a career. I’ve primarily worked as an application developer and held jobs at startups like Kurzweil AI and CertCo. I moved into management and took management positions at Microsoft and Morgan Stanley. Currently, I am a senior director at Gartner, working on their application security and cryptography practice.

Bennett: I served in the U.S military for 14 years and I’ve been employed by the U.S. government for the past 14 years.

What made you decide to run for the Houlton Town Council?

Robinson: One might say it has been in my blood. My father was a selectman for Stacyville for well over 30 years. I decided to run for council originally as my small way to try to give back to society and primarily the community in which I reside.

Lake: I have a strong passion for our community and a desire to see economic growth in our town.

Horvath: Houlton is a wonderful town and I chose to settle down here permanently. As a co-owner at Wired Houlton, I got to see a lot of the potential the town has and wanted to help turn that into chances for growth while maintaining its character. There are a lot of opportunities coming our way, and a lot of challenges as well. I’ve spent a lot of my career turning what might be into pragmatic realities and I thought the town council would be one way to do that.

Bennett: I have always been interested in the aspects of being a town councilor. Recently, I decided that, if I wanted to make a difference, it was time to act.  I realized that if I want to make a change, or gain experience in the town’s business, what better way than to be part of the work myself? When I was collecting signatures to be on the ballot, I was faced with being in quarantine and was not able to get all the signatures I needed in time. I am still running but as a write-in. I hope if people want me to represent them, they can write me in.

What do you feel is a town councilor’s top priority?

Robinson: My top priority as council member is and has always been to try and find balance.

A balance between the needs for services while realizing the critical factor of tax burden on our citizens.

Lake: To work together as a team to help better our town and surrounding community.

Horvath: Listening to people. While gathering signatures to run for town council, I spent Saturday mornings at the farmers market talking to people about what they’d like to see for the town. And many people have questions about town government, or issues they want to bring up. With COVID-19 restrictions, it’s been hard for them to show up in person and Zoom is nice, but complicated. My top priority will be both being available (I plan to continue to meet with folks a few times a month) and to try and bring their issue forward. While not every issue is addressable by the council, I think people at least need to be heard and, where we can, try to answer their concerns. It’s the entire point of self-government.,

Bennett: I feel the top priority of a town councilor is to be open and honest. Town representatives should be upfront and forthcoming with information.  Town officials also need to appreciate that their decisions affect everyone. I hope to have input on decisions that will help Houlton grow as a community; I hope to work on plans that will encourage our younger families to stay; and I hope to submit ideas that will attract new residents. Together we can all make Houlton a place we are proud of and build toward the common goals we have.

What do you see as the most important issue facing Houlton today and in the future?

Robinson: A couple of critical issues our community is facing are affordable housing and substance abuse (illegal drug usage) — neither of which have short-term solutions.

Lake: Economy. We need industry coming into our town and businesses that keep our young people from moving away and to keep Houlton as their hometown.

Horvath: Growing business, especially small businesses. We need to make it easy for people to start and grow a business, and to maintain it, even in times like these. There are also civic improvements like the sidewalks, parks and roads we should be thinking about and finding ways to fund without raising taxes.

Bennett: I think we need to find a way to make our town more attractive to business. New and expanding businesses help generate more revenue for the town which can be used to create more opportunities for everyone who lives here.

What do you see as your primary goal, if elected?

Robinson: To make sound decisions regarding the responsible use of our taxpayers money.

Lake: To help solve issues at hand in our community.

Horvath: Addressing the concerns of the residents. For example, I was talking to someone over the summer and one of the folks in town pointed out that we have a surprising amount of late property taxes in Houlton, which represents a budget we have to make up for in other ways. One idea to help fix this is rewarding people who pay taxes early with a small discount. It’s something done in nearby towns, and motivates people to pay on time or early. And it helps move delinquent taxes off the books.

Bennett: We should always be exploring ideas that will attract new businesses to Houlton.  I don’t claim to have the answers, but I am fully committed to working with other councilors and local stakeholders to make Houlton an appealing place to locate a business. I hear concerns about our population dropping but how can we expect people to stay if there’s little opportunity for work?  Let’s focus on bringing more employment opportunities to the area. Additionally, I would like to start social media accounts that make information easily accessible to our residents. We can all stay informed and also provide a way for people to express their thoughts and opinions.

Why should people vote for you?

Robinson: If elected, I will continue to try and make decisions and votes that serve in the best interest of our tax-paying citizens. As well as attempting to realize that the citizens of Houlton need essential services.

Lake: I believe in our town and will listen to what the people that live here have to say and their concerns.

Horvath: While I have a lot of ideas, my agenda is really to make the town successful and to try to address the concerns and issues of the residents while maintaining the qualities that make Houlton unique.

Bennett: Houlton residents should expect information from town decisions to be available to taxpayers for input and consideration. For the most part I have conservative principles, however I believe it’s important to keep an open mind and be willing to listen to opposing views.  As a community, Houlton is a great place to live, work and raise a family. I hope to earn a seat on the council, and if elected, I will serve with integrity and respect.

Gubernatorial candidate John Glowa said that he wants to spur government reform that truly creates a system of, by and for the people when he visited Presque Isle City Hall.
Pets END_OF_DOCUMENT_TOKEN_TO_BE_REPLACED

Many of you have been asking about our super popular “Toast to the Animals” celebration. After several COVID-19 cancellations and not being able to host this great fundraiser, we are finally ready to celebrate the animals once again and help support the Central Aroostook Humane Society.
What's Happening This Week END_OF_DOCUMENT_TOKEN_TO_BE_REPLACED