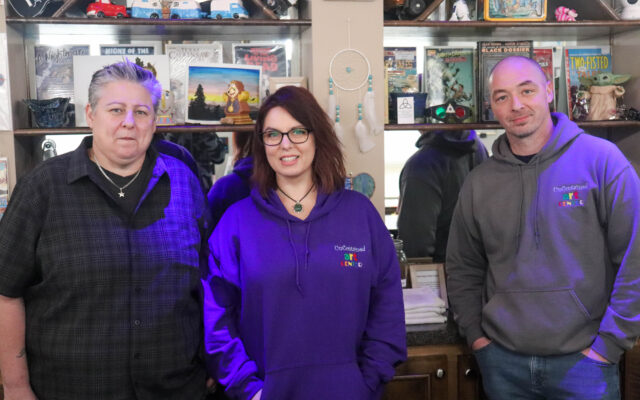 Alexander MacDougall • November 3, 2021
Aspiring artists of all ages in Houlton now have a place where they can go to hone their skills and display their craft for all to see.

HOULTON, Maine — Aspiring artists of all ages in Houlton now have a place where they can go to hone their skills and display their craft for all to see.

UnContained, a new community art center located along Houlton’s Main Street, debuted this month and is soon to host several events such as basket weaving and a guitar building course, and after-school programs for children to get in touch with their more artistic side.

The center also hosts regular classes on artistic mediums such as painting, clay and watercolor, alongside art classes for teens on Fridays.

The new community art center also hopes to serve as a bridge between cultures. It is run by Danielle Hartnett and her husband Dustin, along with Laura Tomah, a member of the Houlton Band of Maliseet Indians.

In addition to showcasing local artwork, the center also hopes to be a place where indigenous artists can teach and display their work.

“It’s bridging the community between the natives and the locals,” Tomah said. One such example is the center’s basket weaving course, which is taught by Richard Silliboy of the Micmac tribe. 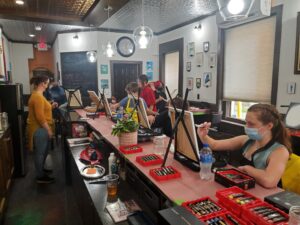 Originally from Philadelphia, the Hartnetts moved to Houlton eight years ago and hoped to bring an atmosphere of a community art center they had attended in their home city. The art center’s location is the former home of the Wine Until Nine bar, and has kept the bar setting and drinks menu for adults to enjoy when kid’s classes aren’t in session.

“We do have a couple nights coming up in November that will be scheduled for some light fare and wine in a kind of casual environment,” Dustin Hartnett said. “We also do open mic on Mondays for musicians.”

Danielle Hartnett said the reception so far has been a great success for local artists. Local works are also displayed at the center and are sold commission-free, meaning the entirety of the money made from the sale goes to the artist.

“We have a wealth of local artists here who are amazingly talented,” she said. “We’re able to not only represent Houlton artists, but Indigenous artists that don’t have a voice in their community.” 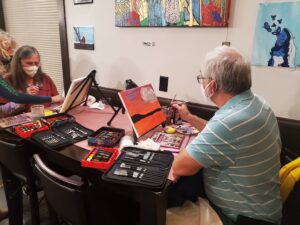 For the first time since 2019, there is competition for open seats on the Houlton Town Council
Pets END_OF_DOCUMENT_TOKEN_TO_BE_REPLACED