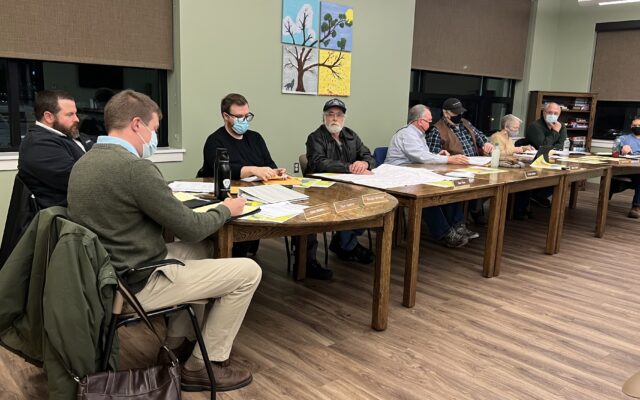 David DiMinno • December 22, 2021
The Presque Isle Planning Board wants to change zoning in one area of the city to allow for additional housing to help combat homelessness in Aroostook County.

PRESQUE ISLE, Maine — The Presque Isle Planning Board wants to change zoning in one area of the city to allow for additional housing to help combat homelessness in Aroostook County.

The board met on Thursday to discuss land use code changes, and to make amendments to their land use plan that would change current zoning classifications for certain areas.

One of the largest changes would be changing the conditional industrial zone, which encompasses Cross Street, Sunset Loop and Twilight Drive near the Presque Isle Industrial Park, into a residential office zone. This would allow for the construction of more apartment-type housing to be built in the zone.

During a public hearing, the planning board heard two statements of support for the zoning changes.

Jason Parent, executive director of Aroostook County Action Program, said ACAP has wanted to construct a new 14-unit supportive housing complex on Edgemont Drive, but the permissions of the industrial area did not allow that. In a residential office space, this project would become possible.

“We are very anxious to support the city moving forward,” Parent said.

Industrial Council Director Tom Powers also spoke in favor of these changes, as he had been looking to develop sme areas of the industrial zone, but could not in the past because of the wording in the old permissions. He also commended Parent’s work on creating a new housing unit.

“I’m sure they will do a great job,” Powers said.

The board briefly discussed the homelessness issue in the city. They will set up a joint meeting with the Presque Isle City council to discuss how to deal with the issue moving forward

The board approved amendments to the land use code to consolidate two spaces of land into the ongoing solar project at Skyway Industrial Park. The Minnetonka, Minnesota-based National Renewable Solutions is developing plans for two solar farms, each located on a 15-acre parcel of land near the Presque Isle International Airport.

There will also be more permissions allowed in the industrial zone so that there can be a faster approval process for new projects.

The changes made to the land use code are not yet finalized and must be approved by the city council before they go into effect.

Gubernatorial candidate John Glowa said that he wants to spur government reform that truly creates a system of, by and for the people when he visited Presque Isle City Hall.
Pets END_OF_DOCUMENT_TOKEN_TO_BE_REPLACED

Many of you have been asking about our super popular “Toast to the Animals” celebration. After several COVID-19 cancellations and not being able to host this great fundraiser, we are finally ready to celebrate the animals once again and help support the Central Aroostook Humane Society.
What's Happening This Week END_OF_DOCUMENT_TOKEN_TO_BE_REPLACED