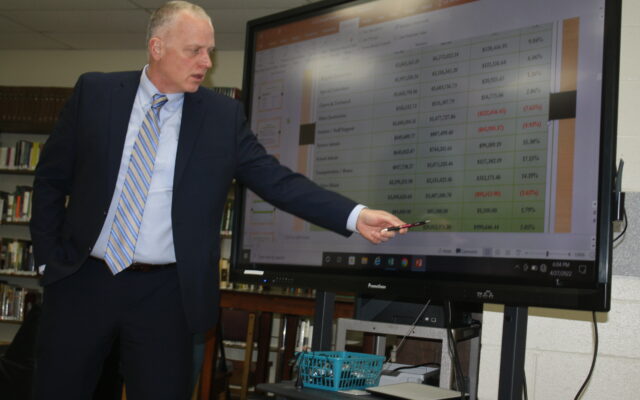 RSU 39 projecting an increase in budget this year

Melissa Lizotte • April 29, 2022
RSU 39 is expecting at least a 5 percent increase due to rising fuel, diesel and electric costs

CARIBOU, Maine — Despite making many cuts to this year’s budget, RSU 39 (Caribou and Stockholm) is expecting at least a 5 percent increase due to rising fuel, diesel and electric costs.

The budget also includes projected increases of $50,000 for fuel oil, $56,000 for bus fuel and $25,000 for electricity. Bouchard said that exact totals for those expenses will be calculated prior to the RSU 39 school board’s final budget vote.

Bouchard said that he expects the total budget to increase by at least $10,000 or $20,000 before school board members vote on the final figures next week. Any increase will not affect the overall mill rate, he said.

Bouchard expects that the district’s expenses and revenues will increase due to costs related to shared services with other local districts.

RSU 39 shares a superintendent with and provides special education services to SAD 20 students in Fort Fairfield and information technology support to SAD 45 students in Washburn. The district also shares a career and technology center director with Presque Isle High School.

Bouchard said that staffing-related expenses for those shared services, such as salaries and health insurance, will increase. That means the participating districts will owe RSU 39 more money to cover those costs, resulting in more revenue for RSU 39.

But even with those increases, Doak said, the proposed budget is still a major decrease over the district’s original projected total of $22,384,579, which would have been a 12.9 percent increase over last year’s budget.

Doak attributed those cost savings to $257,375 in proposed cuts to staffing.

By eliminating the high school librarian position, RSU 39 will rely on a district librarian to service both Caribou Community School and Caribou High School on select days, with an ed tech filling in at the high school when needed.

There has also been a decrease in students learning English as a second language, so the district will rely on a staff member already trained in that area instead of retaining a specific person for that job, Doak said.

“Even with the increases in fuel and electricity, it’s not a bad budget,” Doak said. “We’ll do the best we can while knowing that these costs could change.”

The RSU 39 school board will vote on the final proposed budget during its next meeting at 5:30 p.m. on Wednesday, May 4, at Caribou Performing Arts Center auditorium.

Caribou and Stockholm residents will have a chance to approve or reject the budget during the district budget meeting in May. There will then be a referendum vote for the public in June. 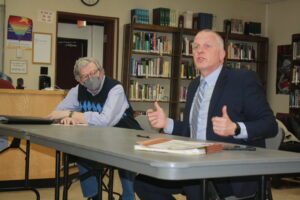 A familiar face to Aroostook County residents has announced her candidacy for the Maine State Senate.
Pets END_OF_DOCUMENT_TOKEN_TO_BE_REPLACED

When 14-year-old Isaiah Belyea of Caribou began volunteering for Halfway Home Pet Rescue three years ago, he never imagined that his love for animals would quickly turn into a budding career.
What's Happening This Week END_OF_DOCUMENT_TOKEN_TO_BE_REPLACED