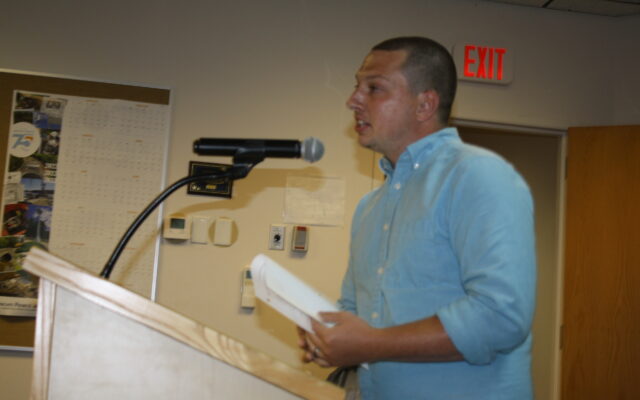 Melissa Lizotte • June 17, 2022
After listening to concerns from city residents and officials, Caribou councilors unanimously rejected a proposed ordinance that would have deemed the Caribou Utilities District responsible for cleaning fire hydrants in the winter.

CARIBOU, Maine – After listening to concerns from city residents and officials, Caribou councilors unanimously rejected a proposed ordinance that would have deemed the Caribou Utilities District responsible for cleaning fire hydrants in the winter.

The council’s vote on Monday, June 13, was the latest in a series of discussions that have occurred over many meetings this year, and that trace back to prior councils and city managers.

Though Caribou Public Works has traditionally assumed responsibility for the hydrants, an usually busy winter meant that the short-staffed department had to prioritize cleaning streets.

That dilemma led longtime Councilor Joan Theriault to propose drafting an ordinance to clarify which city entity should remove snow and ice from the hydrants. But during Monday’s meeting, many questioned if the city could force the CUD, which is not a city department, to perform that task.

The proposed document that Theriault and many councilors initially supported, An Ordinance To Amend Chapter 5, Fire Prevention, would have made the CUD responsible for cleaning all 153 hydrants that it owns throughout the city. Councilors chose the CUD because Caribou pays them $325,000 annually to utilize the hydrants for fire protection.

“We’ve gone back and forth on this for years, but there has never been an official document or legal agreement,” Theriault said during a public hearing on Monday. “Last winter there was a shed fire on Coolidge Avenue and a kid shoveled out the hydrant. Kids should not have to shovel the hydrants.”

But not everyone within the council or city was convinced that the CUD should clean the hydrants or that an ordinance was necessary.

Caribou resident Garth Kinney-Lombard said that he supported the idea of designating someone with the task, but did not understand how an ordinance would fix the issue.

“I understand that you want things to be in writing, but then again, no one has ever asked the question in 20 or 25 years. If the CUD should do it, have them do it. If Public Works does it, then have them do it,” Kinney-Lombard said. “I don’t see how arguing about this is going to solve the problem.”

David Belyea, a member of the CUD’s board of trustees, spoke against the ordinance and questioned why Public Works could not continue their role this winter.

“In the past, Public Works has always removed the snow and for good reason. They have the equipment and expertise and that keeps the cost [of snow removal] down for the city and taxpayers,” Belyea said.

But Theriault questioned whether the CUD already had the resources to assume responsibility.

“You have the machines, you have people who know how to take snow away,” Theriault said. “This is a job that would take a couple days a week for only three or four months.”

Councilor Doug Morrell disagreed and suggested that the city instead put the fire hydrant snow removal out to bid for an independent contractor.

“It seems like the easiest way to deduct money from the Public Works budget and ensure that they don’t have to deal with [the fire hydrants],” Morrell said.

Morrell made a motion to go out to bid but the motion failed after no councilor would second it.

For a while, the majority of councilors seemed poised to pass the ordinance, until Councilor Mark Goughan asked whether the city could force the CUD to clean the hydrants, since they are an independent, quasi-municipal entity.

In response, City Manager Penny Thompson read a recent email from Caribou’s attorney, Richard Solman, who was unsure if the city could legally make that request of the CUD.

In conversations with other municipal officials across the state, Thompson said, she found no general consensus on which entity should clean fire hydrants. She spoke neither for nor against the ordinance, but suggested that the council consider the legalities of their proposal before voting.

“In most cases, the fire department or public works clears the snow, but some municipalities have a separate contractor or utilities district do the work,” Thompson said. “There is no one-size-fits-all approach. Everyone does things differently.”

Her comments led to all councilors voting against the proposed ordinance and agreeing to resolve the debate on fire hydrant cleaning prior to winter.

“I’m at the point where I’d hate to force someone to do this. We’re all over the place and can’t seem to come to an agreement,” Councilor Lou Willey said. “Will we wait until we have a disaster and [the fire department] needs those hydrants?”

City Mayor Jody Smith agreed and suggested that Thompson place the fire hydrant discussion on the next city council agenda.

Caribou City Council will hold its next meeting Monday, June 27 at 6 p.m. at Caribou Municipal Building, located on 25 High Street. 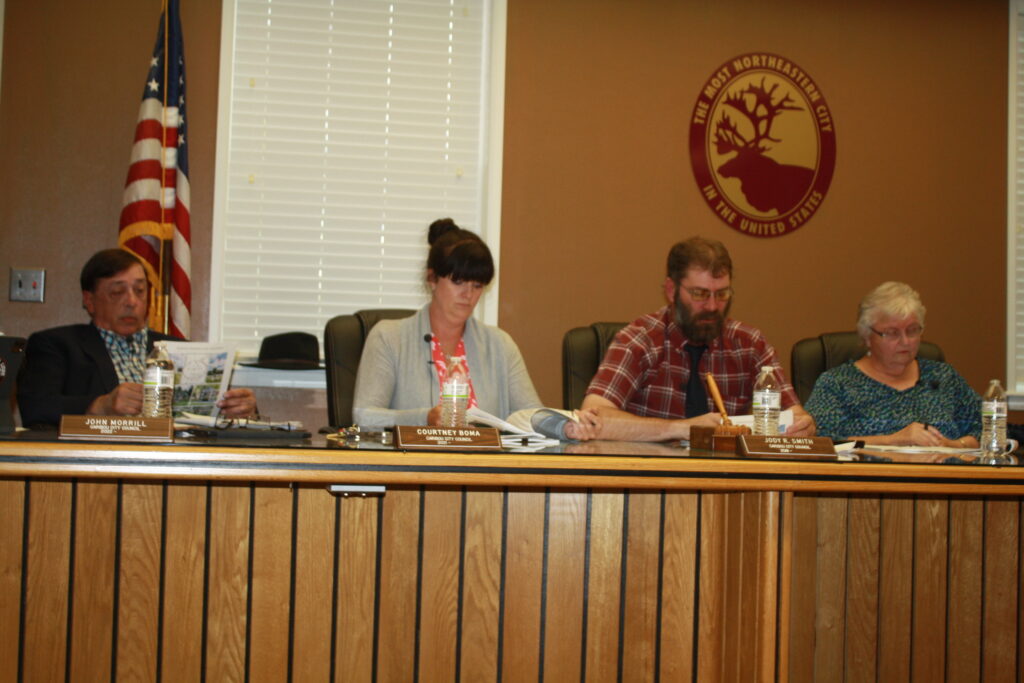 After almost three long years of having all of our fundraisers “on hold” because of COVID-19, the board of directors of the Central Aroostook Humane Society is happy to announce that our very popular “Toast to the Animals” is back on our schedule.
What's Happening This Week END_OF_DOCUMENT_TOKEN_TO_BE_REPLACED