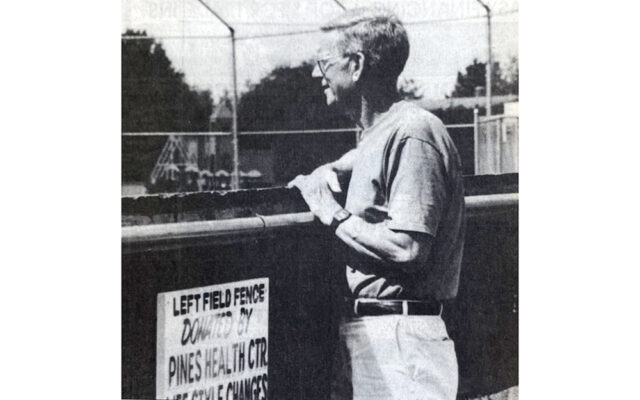 Lanette Virtanen • August 3, 2022
115 Years Ago - Aug. 1, 1907 New machinery  -- M.L. Hutchinson & Co., proprietors of the Caribou Steam Laundry, have been placing considerable new machinery in their laundry on Main Street, including a domestic pollsher, collar turner, extractor, boiler, in fact, refitting the plant throughout with new machinery.

New machinery  — M.L. Hutchinson & Co., proprietors of the Caribou Steam Laundry, have been placing considerable new machinery in their laundry on Main Street, including a domestic pollsher, collar turner, extractor, boiler, in fact, refitting the plant throughout with new machinery.

They have also added a new dry room with the capacity of 75 dozen shirts. The plant is run by electricity, and is, as now fitted up, one of the most modern laundries to be found. Mr. Hutchinson expects to place a team on the road next Monday, calling for and delivering laundry work.

Win a trip to Boston — Mr. and Mrs. L.J. Sherwood started last Saturday for the Boston and New York markets. They were accompanied by Christine Nelson, one of the popular clerks of the L.J. Sherwood Co. A year ago Mr. Sherwood informed his clerks that whoever attained the highest number of points in sales during the year would be entitled to a round trip to Boston with car fare and all other expenses paid. The many friends of this popular young lady will be glad to learn that she won the coveted prize, having made 293 points in advance of her nearest competitor, and is now in Boston, taking in the sights and decorations of old home week.

Planning a very large exhibit — Gutenberg, Sweden, Europe, will celebrate its tercentennial next year and Olof Nylander of Woodland, the well-known naturalist, is planning to have a very large exhibit from New Sweden, this county, to be sent over the water. Among other things, he hopes to secure a picture of every home in New Sweden.

Work has begun — Work bagan last week on the new National Bank building at the corner on Main and Fort Hill streets, Fort Fairfield. The contract has been let to the F.A. Rumery Company of Portland and Herbert W. Rhodes of Portland is the architect. The conditions of the contract are similar to those of the new High School building which has also been let to the F.A Rumery Company; the building to be up and enclosed by November and to be completed not later than May 1923.

Over 600 boys and girls enjoy first VFW picnic — Miss Viola Clevette, daughter of Mr. and Mrs. Edward Clevette, Sweden Street, and Elmer Dumond, son of Mr. and Mrs. Gilbert Dumond, RFD No. 2 Caribou, were the lucky ticket holders at the VFW picnic Wednesday at the Fish Hatchery. Each received a new bicycle as a grand prize. More than 500 children ranging between the ages of 6 months and 16 years attended the festivities. A representative of the VFW Women’s Auxiliary handled the lunch wagon from which an uncountable number of sandwiches, near 100 gallons of Kool Aid, 12 1/2 gallons of ice cream, 250 Dixie cups and a large amount of candy bars were dealt out to the eager funmakers.

Caribou man retires after 42 years with railroad — Following 42 years, four months and 29 days spent in railroad work, A. A. Garcelon of Caribou retired July 1 from active duty with the Bangor and Aroostook Railroad to accept a well earned pension. Mr. Garcelon at the time of his retirement was general foreman in charge of the B & A Mechanical department in this town. He has served in this capacity here for the past 21 years.

State honorees — It was an invitation too good not to share. When Brenda Jepson, a local filmmaker and part time film instructor at Caribou High School was invited to the Governor’s Mansion, last month, she knew just who should come too. Two of her students, Shawn Michaud, a 1997 graduate of Caribou High School, and Tony Allen, a senior at the Maine School of Science and Mathematics, recently won awards in a New England high school video competition. They were the only high school students in the state to win the competition, so it was fitting they were also the only two honored with a trip to Augusta for the annual Maine Film Commission Networking party.

Here in Aroostook County we have experienced a pretty nice summer so far.  Although we had record rainfall for June, we haven’t seen too many storms, but it doesn’t hurt to know some handy tips when the skies darken and the rolling thunder begins.
What's Happening This Week END_OF_DOCUMENT_TOKEN_TO_BE_REPLACED