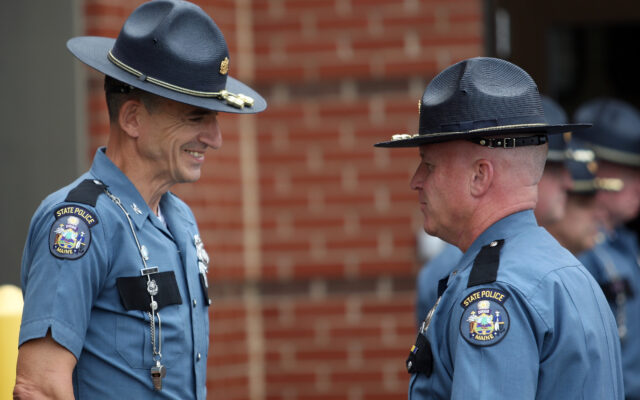 Joseph Cyr • October 3, 2022
Col. John Cote has only one regret after spending 33 years in law enforcement, but it is an issue his successor will likely deal with for many years to come.

AUGUSTA, Maine — Col. John Cote has only one regret after spending 33 years in law enforcement, but it is an issue his successor will likely deal with for many years to come.

The Maine State Police, like most law enforcement agencies across the country, has struggled to fill positions and retain the officers they already have in recent years. It is a nagging sense of unfinished business that will likely bother Cote for years to come.

“I wish that as I left, the state police was fully staffed,” Cote said on Tuesday, Sept. 28. “We have approximately 50 sworn vacancies currently. The challenge of recruitment and retention remains a top concern at all levels of law enforcement. State, county, local and federal agencies are all lacking staffing and struggling to find qualified candidates.”

A native of Houlton, Cote announced his retirement recently after 33 years of service with the Maine State Police. His final day was Sept. 30. Cote accepted a position with Bison Transportation USA as its Eastern Region Director of Safety with Hartt Transportation Systems. 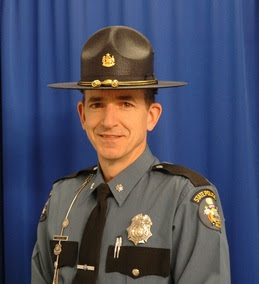 Cote joined the state police in 1989, spending much of his career investigating homicides, suspicious deaths and was a member of the tactical dive team doing underwater recovery. He later served as the commanding officer for Troop F in Houlton. Prior to joining the state police, Cote was an Aroostook County sheriff’s deputy.

Col. Cote and his command staff team have led the MSP through some of the agency’s most high profile incidents and during trying times for the law enforcement profession. At the forefront of that effort was dealing with changing attitudes by the public toward police officers.

“While the narrative has started to lose some traction, for the last couple years an ‘anti-police’ or ‘defund the police’ movement has negatively impacted our profession,” he said. “I am confident that as citizens interact with our officers in Maine, they will see our folks are compassionate and capable. Slowly, one contact at a time, officers will change that narrative through their professionalism and commitment to service.”

Cote added that Maine officers have begun to encounter more serious violent offenders, especially those involved in the trafficking of illicit drugs, which may lead some officers to be more guarded during an initial contact with someone.

“Officers must assess the situation and threat level before letting their guard down,” he said. “I hope the public can understand why some officers may not be as light and friendly on first approach as they may have been in the past.”

Working with the state police Major Crimes Unit remains his greatest accomplishment, at least in his own eyes.

“During my 17-plus years in the Major Crimes Unit I was able to have a part in dozens of homicide cases where we were able to bring the case to a successful conviction,” he said. “Being part of the investigative teams that brought some comfort and closure to the families and providing justice for the victims is something I will always take pride in.”

“I first met John many years ago as I traveled to Aroostook County for police K-9 training,” DeLuca said. “Being a native of Houlton, he patrolled the area. We were both beginning our careers and developed a friendship. Over the years, we were able to reach out and communicate whenever the moment arose.”

DeLuca added Cote’s most impressive quality was his approachability and the way he often led by example.

“Over his tenure on the State Police, John has always been approachable and a leader committed to building relationships with other agencies in collaboration/partnership working towards the same objective,” he said. “The Maine State Police is always a willing partner and provides resources and assistance when the Houlton Police Department and other agencies are limited.”

“I have known Lt. Cote since he became a road trooper and have followed his career throughout his journey in the Maine State Police,” Presque Isle Police Chief Laurie Kelly said. “Lt. Cote has always worked diligently for the citizens of the state of Maine and has done so with the utmost integrity, devotion, leadership, and community spirit that makes Maine great.  (He) will surely be missed but I hope he, with his family, enjoys a well-deserved retirement, continued health and happiness.”

Cote had originally planned to finish out the year with the Maine State Police, but when an offer presented itself, he knew the time was now.

“I had approached this year with a mindset that I would likely retire in December,” Cote said. “The opening with Hartt Transportation presented an opportunity to join a company with a well-established reputation for excellence and a commitment to safety. The Hartt team has some amazing people who are intelligent, take pride in their work and are true professionals.  I am fortunate to have the chance to join that team.”

As the company’s new director of safety, Cote said he will be working to ensure there is a balance of safety and efficiency and compliance with Federal Motor Carrier regulations across Hartt’s operations for the East Region which spans from Maine to South Carolina.

“I have worked with some amazing people,” Cote added. “People dedicated to serving others, willing to put their safety and their very lives on the line for a complete stranger if needed. I will miss the people with amazing character, heart and integrity that make up the law enforcement profession in Maine.”

We are now into the hunting season, whether it is with guns or bows, hunting for birds, bear, rabbits, deer or any wild animal.
What's Happening This Week END_OF_DOCUMENT_TOKEN_TO_BE_REPLACED