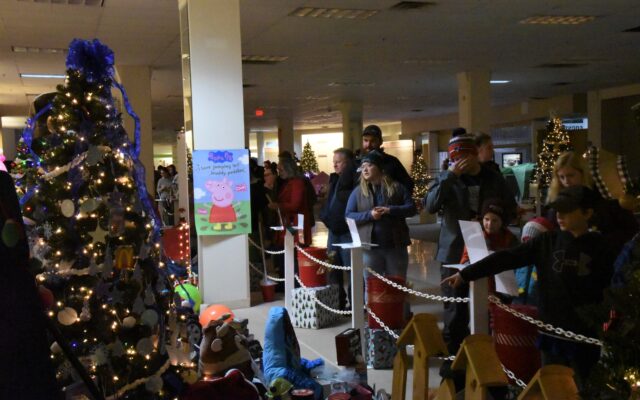 Paul Bagnall • December 7, 2022
A long line of people nearly snaked out the door of the Aroostook Centre Mall for the eighth annual St. Apollonia Festival of Trees.

PRESQUE ISLE, Maine — A long line of people nearly snaked out the door of the Aroostook Centre Mall for the eighth annual St. Apollonia Festival of Trees.

There were 25 sponsors that donated trees and gifts for the Festival of Trees with one new sponsor being RLC Electric from Fort Fairfield that featured Gilman’s Electrical supply with Milwaukee Power Tools and a generator.

Around $150,800 was raised this year, surpassing $115,000 from the previous year. All proceeds go to the St. Apollonia Dental Clinic located in Presque Isle that provides a full-service dental practice for every child in Aroostook County ages up to 21 years old.

Every ticket strip of 10 tickets cost $5 at the Festival of Trees. Some gifts totaled more than $1,000.

“Our goal is always to have a family friendly [atmosphere] and hopefully when the visitors come, if they do have to wait, they’re enjoying visiting and catching up with neighbors they haven’t seen for awhile,” said Project Chairperson for St. Apollonia Dental Clinic Sherry Chamberland. 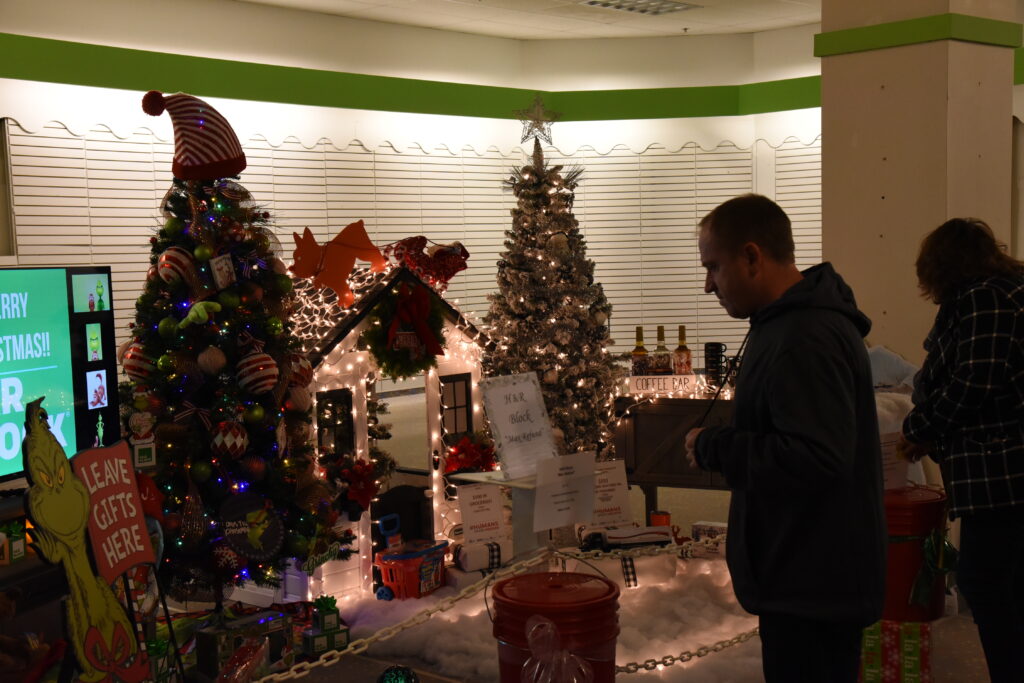 PRESQUE ISLE, Maine — December 2, 2022 — Onlookers decide which bucket to split their tickets in on Dec. 2 at the Festival of Trees at the Aroostook Centre Mall in Presque Isle. (Paul Bagnall | The Star-Herald)

The 82 trees come from all over Aroostook County, especially Presque Isle, Caribou, Fort Fairfield, and Limestone by businesses in the area who want to participate. Around 24 businesses participated for the first time this year by donating their trees and gifts.

“Last year we had 69 trees and this year I was hoping we would have as many and we actually surpassed that by 12 more, so above and beyond what expectations were,“ said Executive Director of St. Apollonia Dental Clinic Norma Desjardins.

The largest crowds for the festival were on Saturday and Sunday, Dec. 3 and 4, with the line of people wrapped around in a loop into and out of the Sears store. It was the second year the Festival of Trees was held at the Aroostook Centre Mall, and a little more space was acquired for the holiday event.

“Every year we learn what to do and what to do better and what not to do from the year past,” Chamberland said. “This year we worked on the layout for the floor plan of the trees in the hopes of having the traffic flow a little better to avoid the backups out into the corridor.”

Some new businesses were Flannel & Barrel and F & D Couture Men’s Shop. The businesses participating in the Festival of Trees have a theme that is tied to what their business offers. Some businesses had children-themed trees such as “Evolve Your Hearing,” a Pokemon-themed tree by Beltone and “Dinomite Dinosaurs” from Fields Realty, LLC.

“It’s very heart-warming. People enjoy this community event,” Desjardins said. “Oftentimes they’ll buy tickets and they’ll say: ‘It doesn’t even matter if I win because I know it’s going to a great cause.’”

At the other end of the Aroostook Centre Mall was the sixth annual Craft Fair that happened on Dec. 3 and 4. 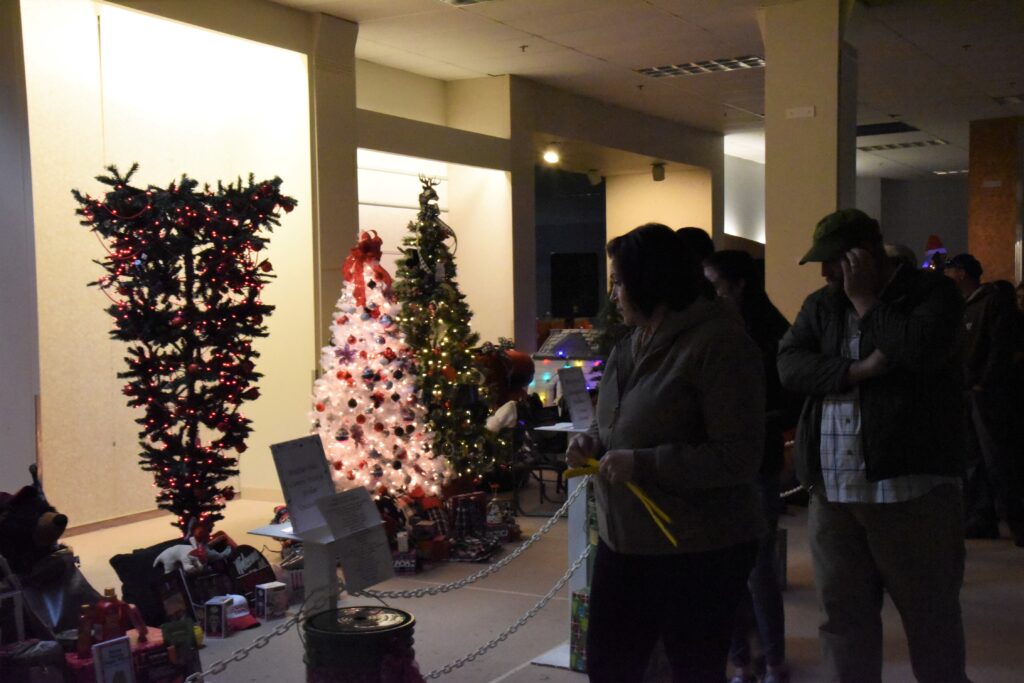 PRESQUE ISLE, Maine — December 2, 2022 — Onlookers decide which bucket to split their tickets in on Dec. 2 at the Festival of Trees at the Aroostook Centre Mall in Presque Isle. (Paul Bagnall | The Star-Herald)

Next year's Caribou City Council will include a new member and a longtime councilor thanks to Tuesday's election.
Pets END_OF_DOCUMENT_TOKEN_TO_BE_REPLACED

When I wrote the first story of our dog Odie, I didn’t know that I would write a Part 2, but there were so many more stories that I decided more of this little dog’s story needed to be told.
What's Happening This Week END_OF_DOCUMENT_TOKEN_TO_BE_REPLACED